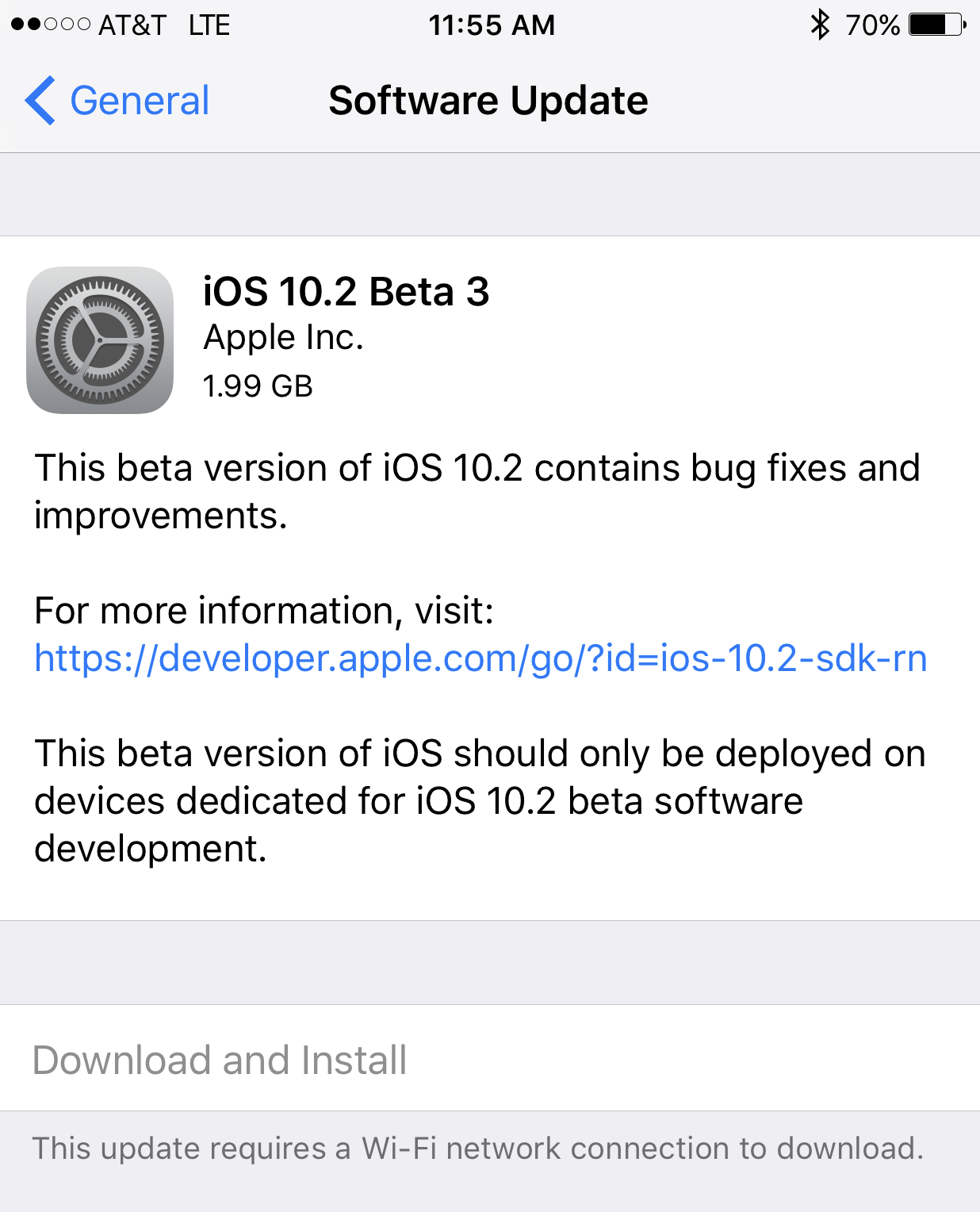 Apple on Monday seeded the third beta of iOS 10.2 to developers. Folks enrolled in Apple’s developer program can install the update via the over-the-air mechanism in the Settings app, or from the dev center.

Apple has also released third betas of macOS 10.12.2 and tvOS 10.1 to developers. These appear to be more maintenance updates, though tvOS 10.1 does add support for Single Sign-on and will likely include new TV app.

We’ll update this post if any significant changes are discovered in today’s releases. If you see something new we’ve missed, let us know in the comments below!

Update: here are some of the changes spotted in today’s iOS 10.2 beta thus far:

SOS feature removed – it looks like Apple has removed the SOS feature in beta 3 that allowed you to call emergency services by pressing the power button.

Videos app removed – we saw some instances of Apple hiding the Videos app in beta 2, but it appears much more widespread in beta 3, due to the arrival of the TV app.

New features for TV app – in Settings, as with most streaming apps, you can now choose whether to use cellular data for playback or not and the video quality.