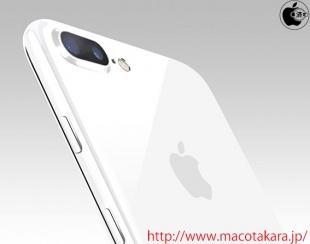 The fairly reliable Japanese blog Mac Otakara is reporting that Apple is considering adding a brand new colorway to the iPhone 7 and iPhone 7 Plus lineup: Jet White. Based on purported information received from suppliers, the outlet speculates Apple may be planning to add a Jet White model to the iPhone 7 lineup, although plans could change and Apple could abandon the idea. Mac Otakara cautioned that its sources “may be unreliable.”

Mac Otakara is pretty reliable when it comes to leaking Apple’s product plans and details of unreleased gadgets. The publication accurately predicted both the Jet Black colorway and the removal of the 3.55mm audio jack from Apple’s new handsets.

Would you consider a Jet White iPhone 7 over the regular Jet Black model?