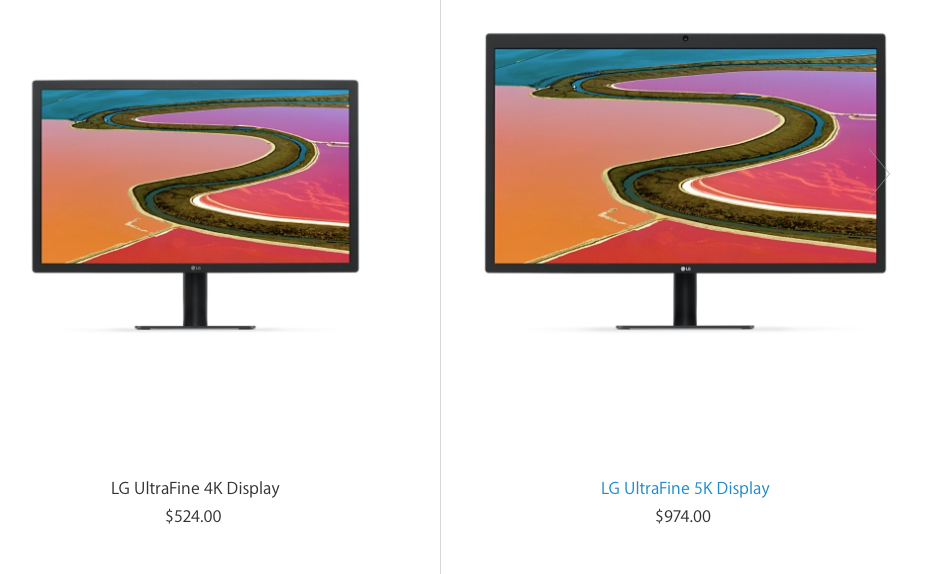 In addition to discounting USB-C adapters and peripherals, it appears Apple is also offering 25% off the new 4K and 5K LG displays for a limited time. On the company’s website, you can see that both models have seen significant reductions in price with a “special pricing” note.

Apple may be done building external displays, but these LG UltraFine monitors are essentially the next best thing. Phil Schiller introduced them on stage during last week’s Mac event, saying Apple teamed up with LG to create these displays specifically for the new MacBook Pro.

It seems pretty clear the company is feeling the blowback from the user community, who has criticized the new MacBook Pro for its performance limitations and lack of legacy ports. Earlier today it announced it would be offering discounts on select accessories to help users transition.

All of Apple’s discounts are good through the end of the year.