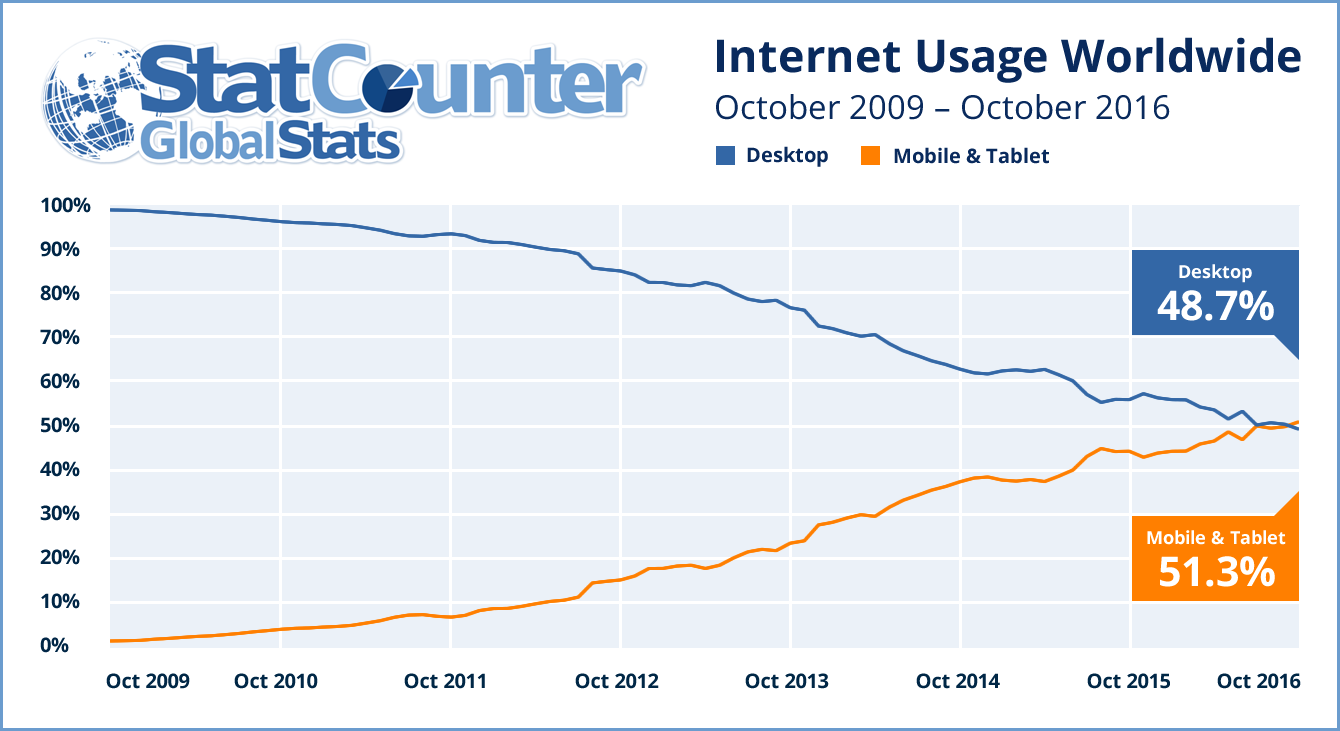 Online visitor stats tool StatCounter reported on Tuesday that worldwide internet traffic coming from mobile surpassed that of desktop for the first time in October. A clear sign of the times, StatCounter found that global mobile and tablet devices accounted for 51.3% of internet usage compared to 48.7% for desktop.

Interestingly, that overwhelming mobile traffic might not always come from where you’d expect. For instance, StatCounter found that for countries like the US, UK, and Australia, desktop is still the primary mean to access the web, representing respectively 58%, 55.6%, and 55.1% of the traffic.

This is a sharp contrast with countries like India or China where the overwhelming share of mobile traffic comes from mobile or tablets. As a matter of fact, mobile is the primary mean of accessing the web in most third-world or emerging countries, a fact that shouldn’t come as a surprise as a mobile device is typically more affordable than a desktop computer.

One could assume mobile will take an even growing share of the web traffic going forward, and it should only be a matter of months until it takes over desktop in countries like the US, for example.

You can check stats for all countries using StatCounter’s handy tool.