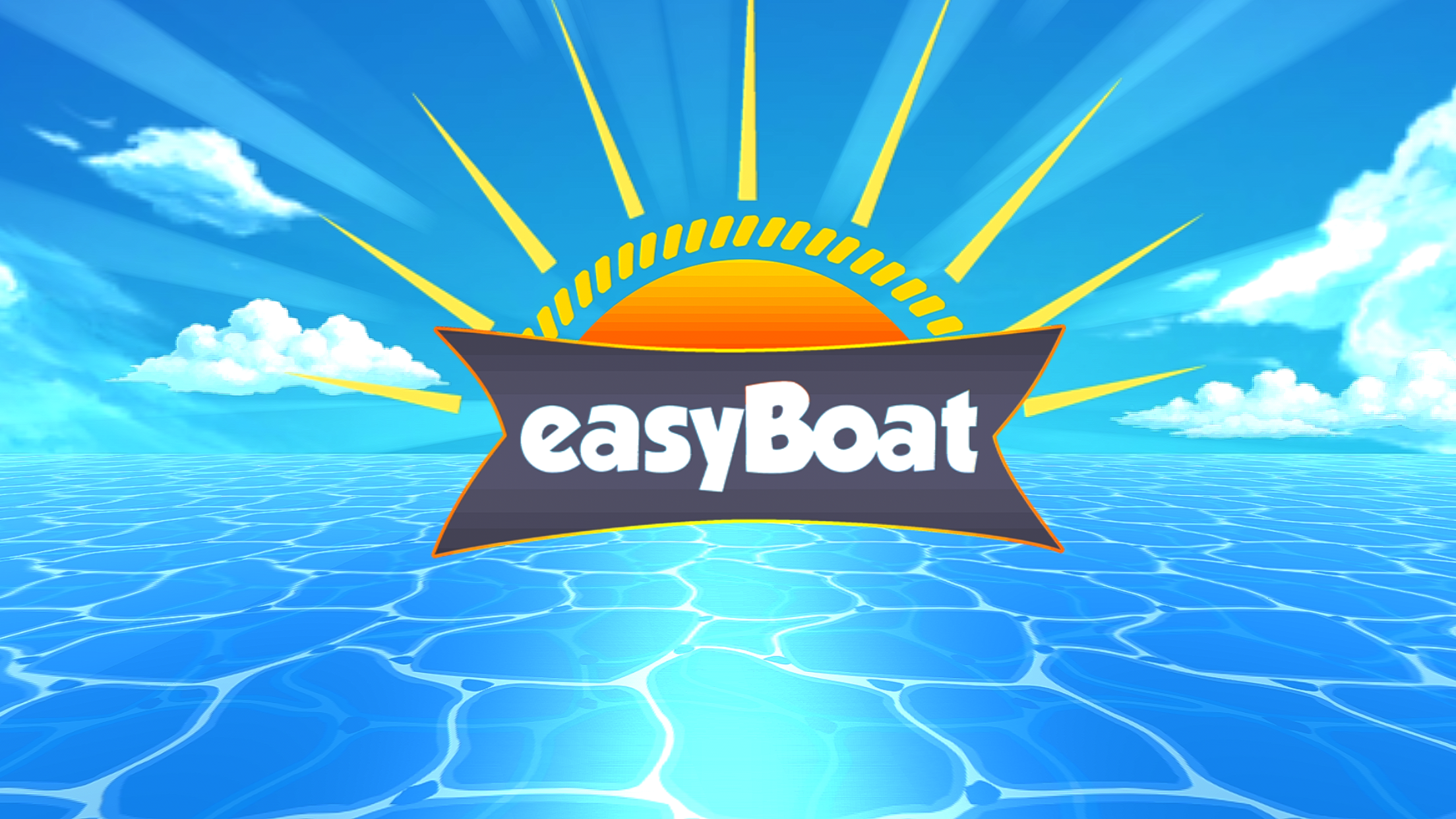 EasyBoat is a new arcade-styled action shooter game for iPhone and iPad with a great balance of both fun and challenging game play.

It comes with clear inspiration from the sailing feature in the Zelda Wind Walker game for Nintendo devices, so if you’re familiar with it, you might like this release. Bundled together with fluid graphics and well-executed game mechanics, this is a game for people of all ages.

Each level leads you to take on multiple enemies in the forms of sea ghosts and flying monsters. Each time you unlock a new level, it comes with a new theme and different monsters; with this come new attacks, challenges, and difficulties. 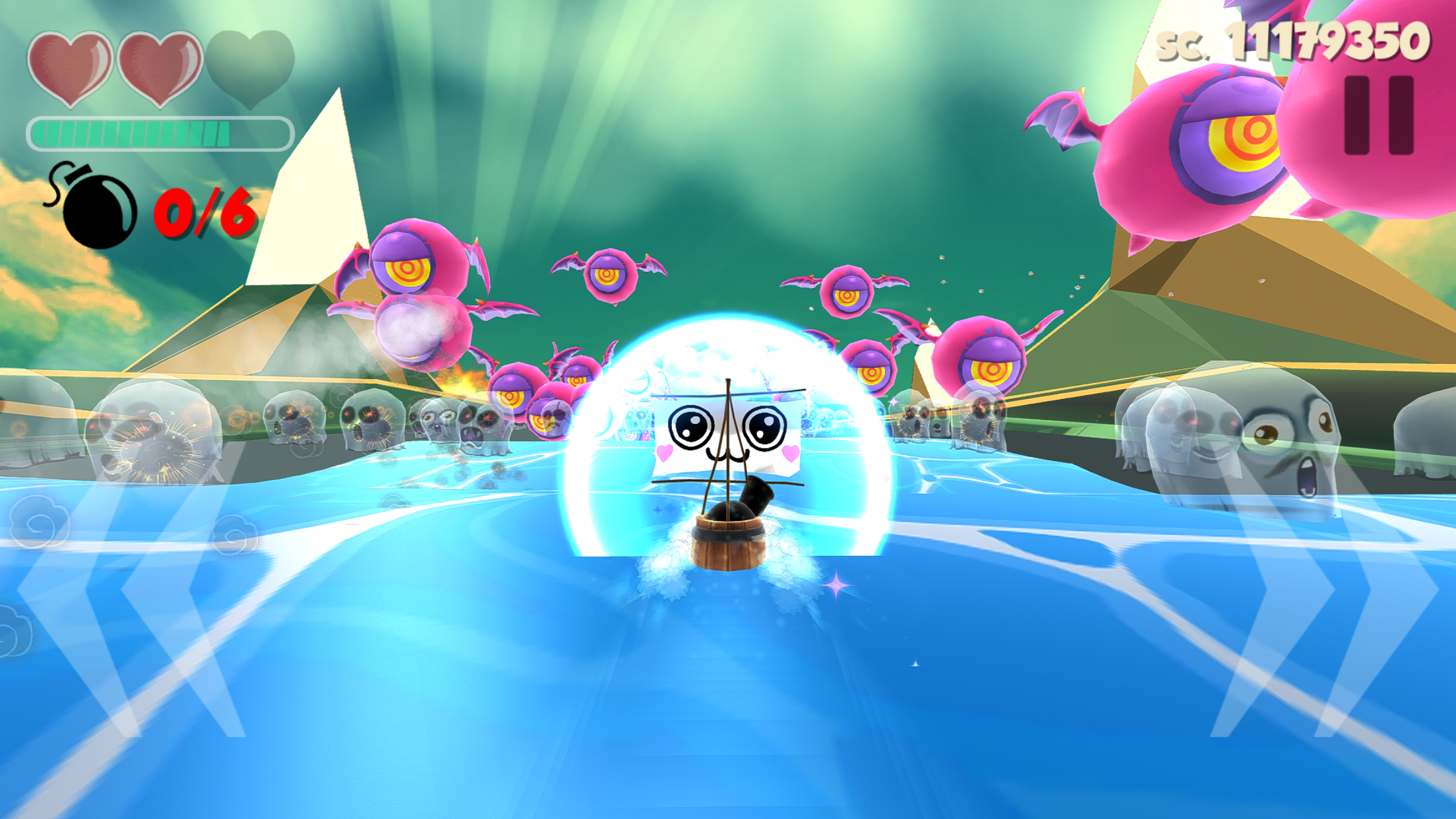 Throughout these levels, you will want to use your dash attack to take out the ghosts and collect cannon ammunition. You can then tap on flying enemies to take them out with your cannon. You can carry 6 cannonballs at one time, so you will need to restock when you get low by taking out more ammunition-bearing ghosts as you play.

While some flying enemies are more violent than others, you also need to make sure you avoid running into any of the ghosts at the same time. Both post a threat to your health. You’re given three lives, but each time you touch a ghost, run into a wall, or get hit by a flying enemy, you lose a life.

Fortunately, you can power through kill streaks to power up your shield, which helps reduce damage from enemy impacts. Your shield power is indicated by the green bar below your health indicator.

As you near the ends of level waves, you’ll also have to defeat bosses, all of which try to make survival as hard as possible for you. 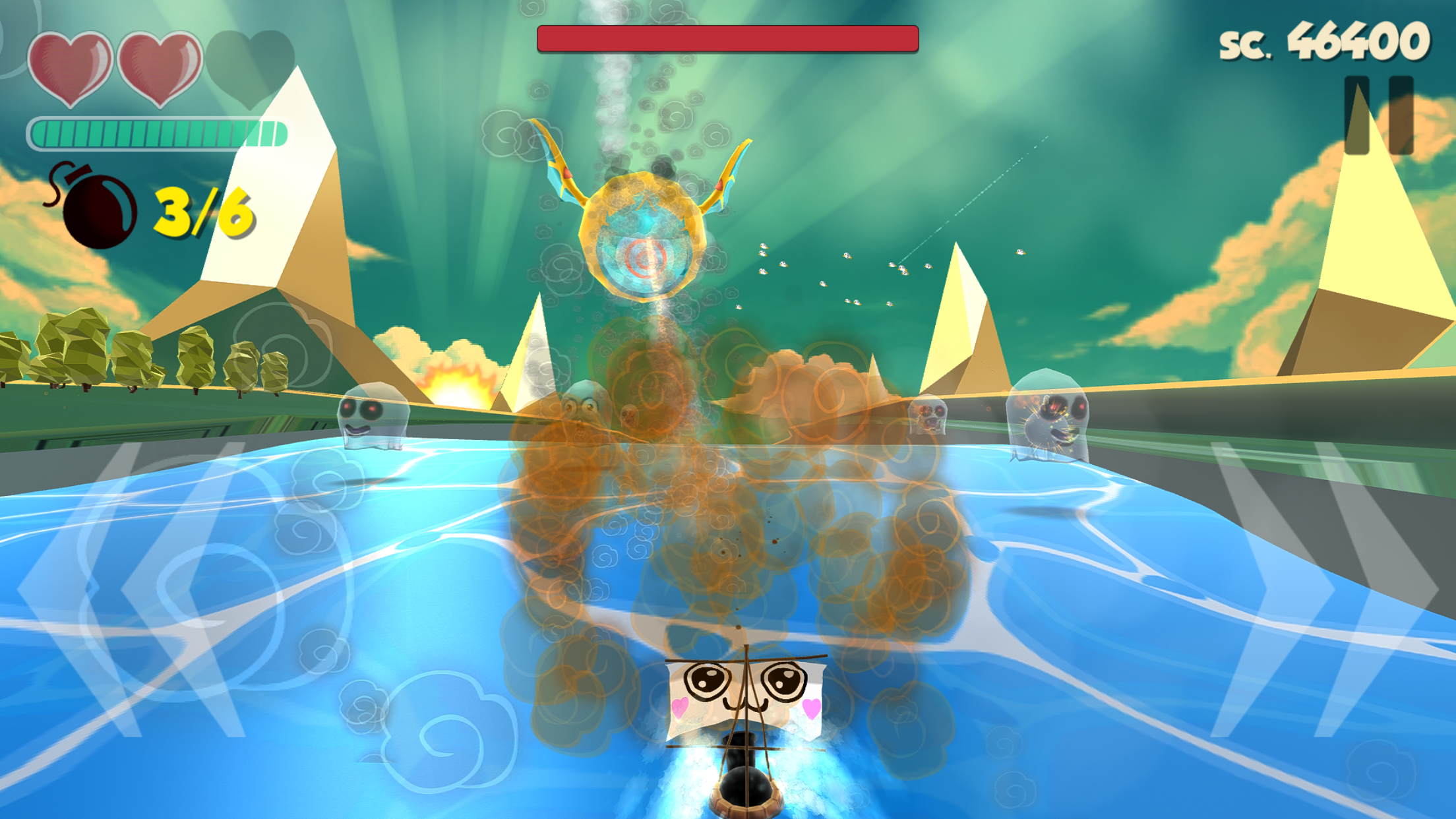 Boss health is displayed at the top center of the interface when you’re fighting one, and depending on the boss, they must be weakened in different ways.

To watch how the game works, you can check out the demo video from the game developer below:

You can download easyBoat for free from the App Store, but it feels very much like a free trial as is. A $0.99 in-app purchase unlocks a number of features, such as:

After playing easyBoat myself, I found the game entertaining. Without the in-app purchase however, it felt a little bit repetitive after a while. If you want a diverse game experience where you don’t have to start over every time you launch the game, be prepared to cough up the dollar.

After you try easyBoat, let us know what you think of the game in the comments below!