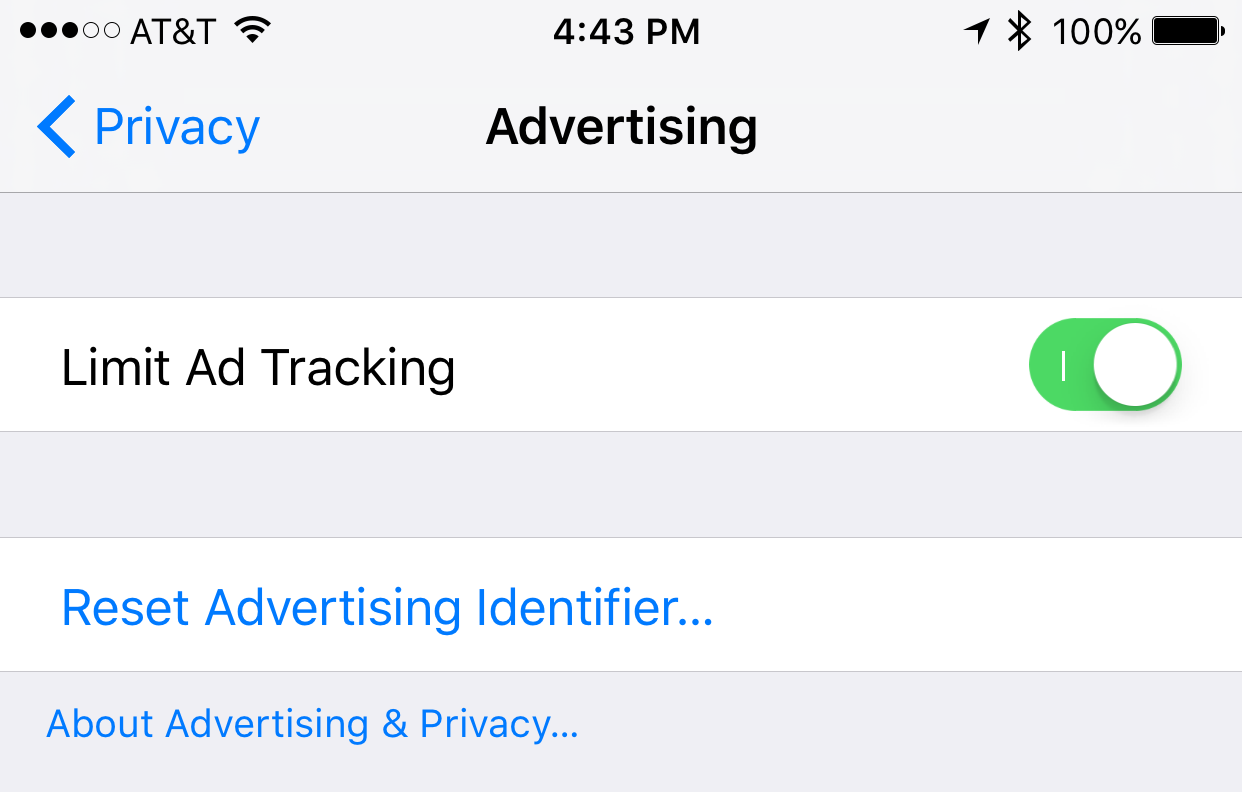 Survey conducted by mobile app marketing platform Adjust says one-fifth of total iPhone users in the U.S. have opted to prevent in-app ads from being targeted at them directly. About eighteen million iPhone, iPad and iPod touch users in the country have used the Limit Ad Tracking feature to explicitly opt out of targeted advertising, according to the report.

The adoption rate of the feature in Canada is 14.4 percent, and 16.5 and 19.3 precent in the United Kingdom and Germany, respectively. Interestingly, the Netherlands beats out the United States with the Limit Ad Tracking adoption rate of 22 percent.

“This is trending in a direction where it’s not just the tech-savvy, ad-allergic crowd any more,” said Paul Muller, cofounder and CTO at Adjust. ”Marketers will face a large, distributed and worst of all ‘unknown’ segment of users, especially in places like Germany and the U.S.”

If people were more interested in reducing the number of retargeted ads, and if they were aware of the effects of the Limit Ad Tracking settings, we would expect a steadily rising trend throughout the last month as adoption of iOS 10 rises and people become aware of the changes.

So far, on a global level, there’s no evidence of an upward trend—the global rates are stagnant, at around 18 percent.

The feature has been available since iOS 6 in 2012. 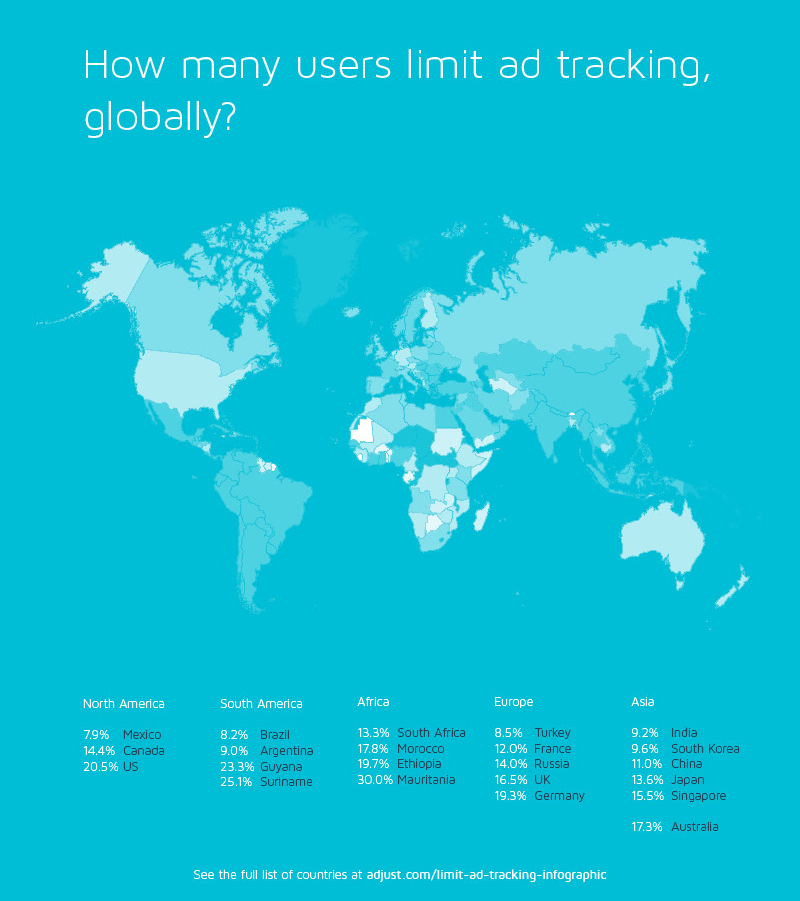 iOS 10’s improved Limit Ad Tracking completely avoids a unique ID number (called the Identifier for Advertising, or IDFA) rather than just resetting it, like before.

The privacy-sensitive IDFA is a combination of numbers and letters that is unique to each iOS device. Ad networks and other providers use IDFAs to serve targeted advertising and re-engage users on specific devices.