Looking at the bright side, however, a new free jailbreak tweak dubbed PlaylistAlarm changes that.

For the heavy sleeper that has trouble waking up to just one song, PlaylistAlarm can take you through an entire music playlist when it’s time to get up in the morning.

You can also use this tweak to ensure you’ll be listening to a new song every time your alarm clock wakes you up in the morning.

The tweak adds a new cell entitled “Playlist” under Clock → Alarm, allowing you to choose any playlist from your Music app to play as an alarm when it’s time to get up: 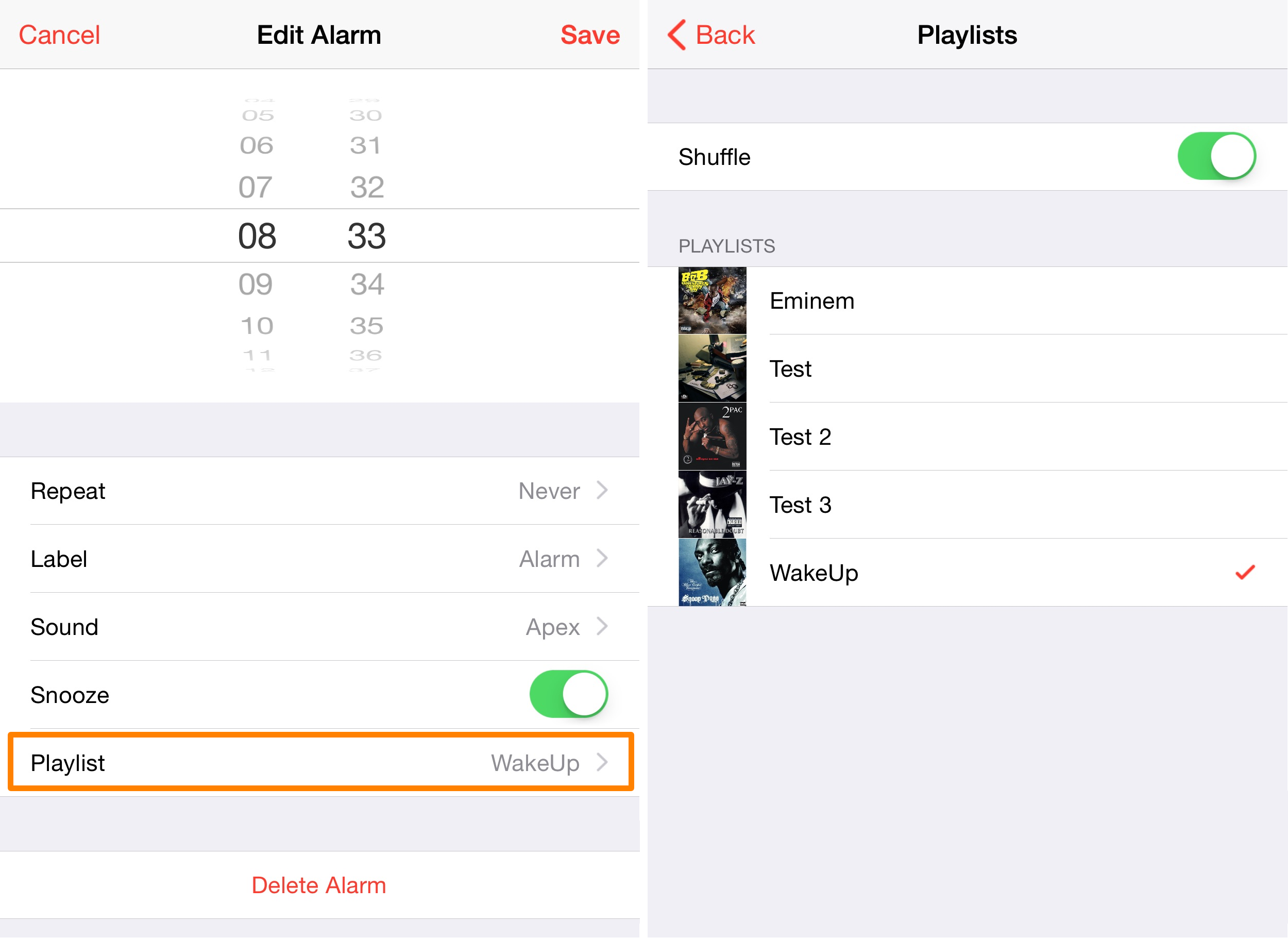 If you use any of your iOS devices as alarm clocks and have a colorful music library, this tweak is something different and worth checking out.

Keep in mind however that PlaylistAlarm requires you utilize the stock Music app on your device, so you can’t use this tweak with third-party music apps like Spotify or Pandora.

PlaylistAlarm can be downloaded for free on your jailbroken device from Cydia’s BigBoss repository and works only on iOS 8 devices. iOS 9 support is coming soon.