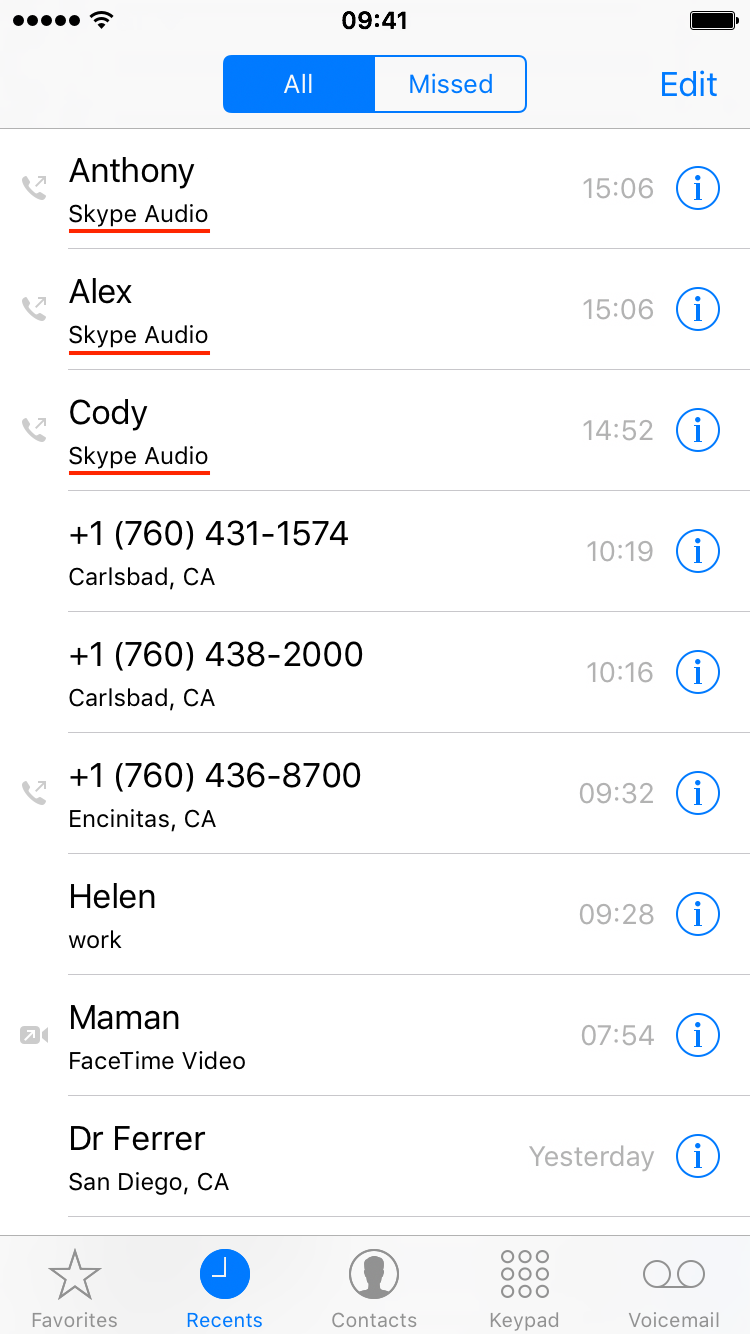 Apple has recently introduced CallKit, a new framework available to developers that allows them to integrate their VoIP apps with the native Phone app user interface. In essence, this is a great addition that puts VoIP apps at virtually the same level as normal phone calls. Incoming Skype or WhatsApp calls, for example, are now displayed fully on the Lock screen, which is an improvement compared to how these calls were handled prior to iOS 10. Likewise, any call placed or received with a supported VoIP app will be logged into the Phone app like a normal call.

This tight integration of VoIP apps and the native Phone app UI can have a downside for some users who might prefer not to see their recent Skype calls history show up in their Phone app. If you’re one of these people, we’ll show you exactly how to stop Skype from showing recent calls in your Phone app.

Prevent Skype calls from showing in your Recent calls tab

Unfortunately there is no master switch to turn this off for all VoIP apps you may have on your iPhone. Instead, it seems that it’s up to app developers to provide a switch to prevent calls made via their apps to show in your Phone app. Skype does offer this option, and here is how to get to it:

1) On your iPhone, launch the Skype application.

2) Go to the Chats tab and tap on your profile at the top, then tap on Calling. 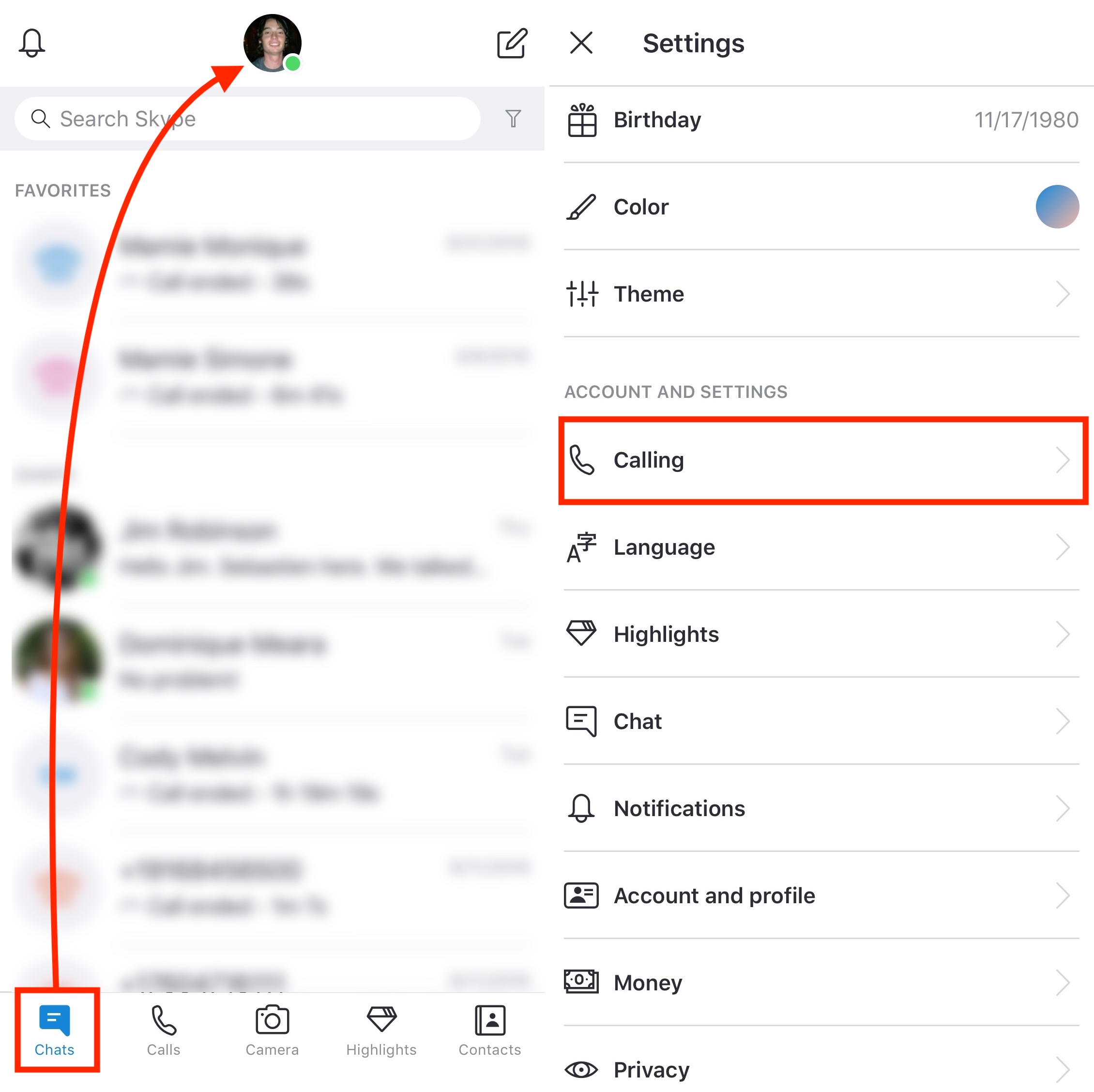 3) Now look for the option that reads Integrated calling, then toggle it off. 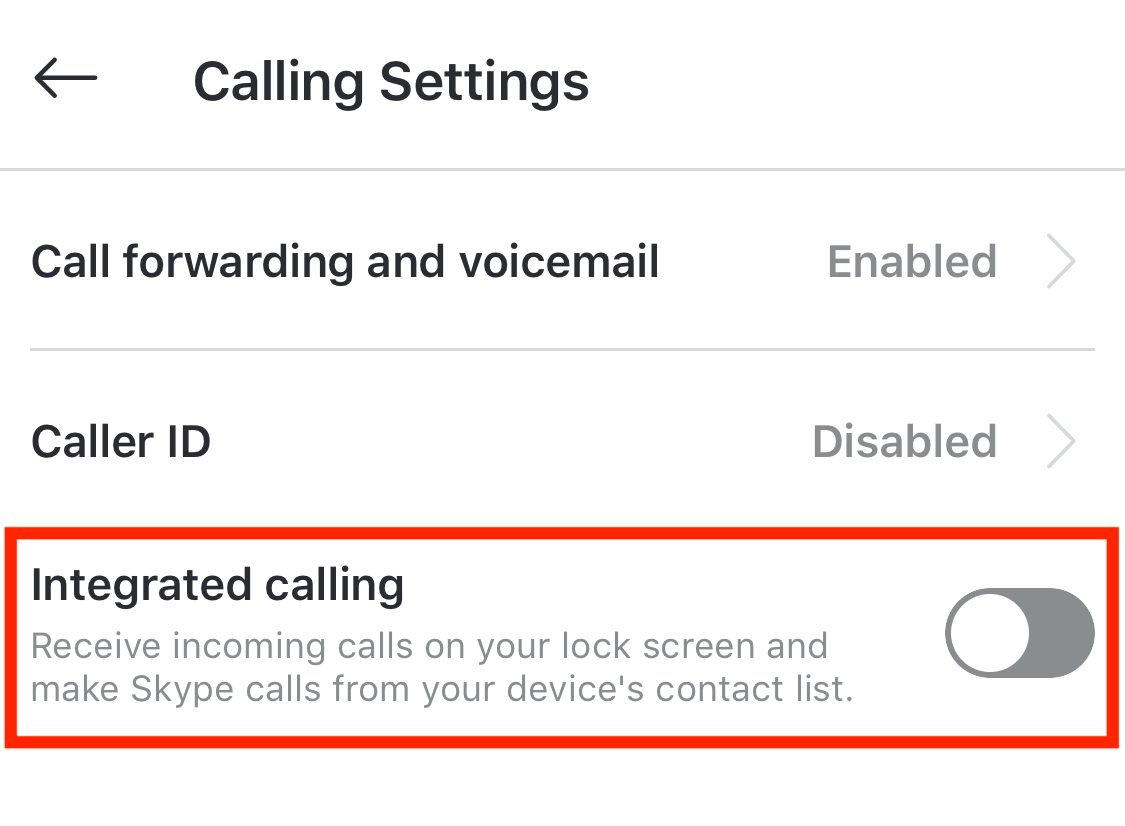 By doing so, your Skype call will not be logged into the Phone app anymore. Your existing Skype calls that were previously showing in the Phone app will still be there, but you can of course delete them individually from the Phone app by swiping your finger over each call.

The major downside of turning this off is that you won’t benefit from that tight integration we referenced at the beginning of this post. That means that your Skype calls will now come in as they used to prior to iOS 10, specifically, your incoming calls won’t be displayed in full on the Lock screen. There are also other minor downsides associated to this, but if you really can’t stand seeing your Skype calls history in your Phone app, this is the best way to fix that.