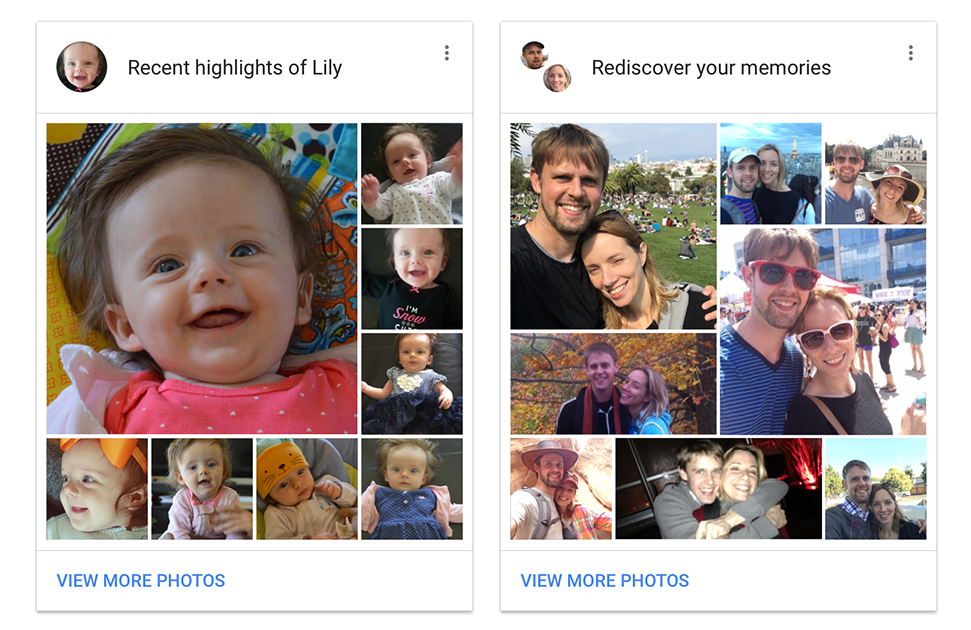 Google yesterday announced a pretty interesting update to its free of charge Photos application for the iPhone, iPad and iPod touch which brings out four features driven by artificial intelligence (AI) algorithm.

The new version will be rolling out today in the App Store, making it easier to fix some of the pesky sideways photos in your library by suggesting rotations, resurface your forgotten photos for you and more.

“Google Photos will now help you rediscover old memories of the people in your most recent photos. As your photo library continues to grow, we hope that features like this one make it easier to look back at your fondest memories,” said Google.

These recent highlights from your photos are presented in the app in the form of cards. For example, if you take a lot of photos of your kids, you may occasionally get a card showing the best ones from the last month.

This feature can be seen on the screenshot top of post.

One of the more interesting features of Google Photos is its ability to automatically create slideshow animations from your best photos. The refreshed app now makes animations from the best parts of your videos, too.

Google says its algorithm is looking for segments that capture activity, like a jump into the pool, to create short easily shareable animations.

The card concept extends to another new feature: fixing sideways photos. As evidenced by the animation below, when the app identifies sideways photos in your library, a card will pop up helping you easily put them right side up.

And last but not least, the new Google Photos app now makes it possible to rotate and trim videos in your library, which is super nice.

Recent updates added other features like stabilization for Live Photos and easier sharing of your photos with other people via SMS, email and other options.

As shown on the above video, Google has also upped its game when it comes to auto-created movies, which are now based on creative concepts.

Here’s an example of Google’s new creative concept for movies in Photos.

“These concepts are designed to be the kinds of movies you might make yourself, if you had the time,” says Google. “And they’re not only limited to your most recent uploads.”

New concepts will be rolling out over time in the app, said Google.

You can grab Google Photos for free from the App Store.