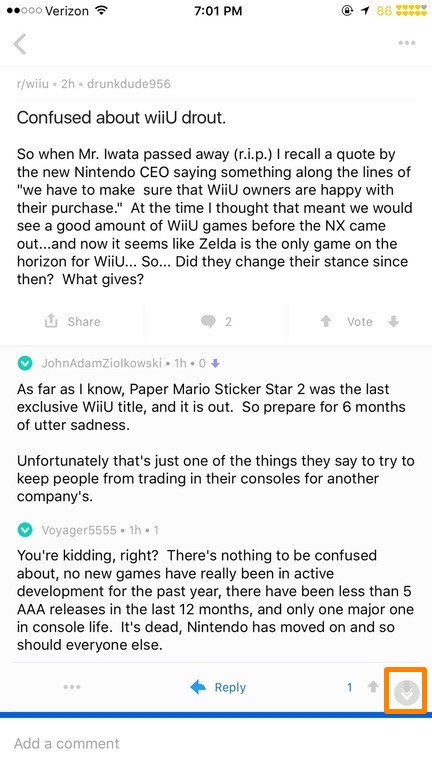 HideRedditDownButton is a new free jailbreak tweak that hides the double-arrow scroll down button in the official Reddit app for iOS.

Although some people like it because it lets you scroll down little by little with a tap, it’s redundant to have because you have a touch screen and you can just scroll down at your own pace with your finger.

The button always hovers over everything, so no matter what, it’s always there and has the potential to get in your way. You can tap and drag to move the button around, but even when you move it around, it’s still going to be on top of something in the app.

That being said, without a way to officially hide this button from view, it’s a disturbance for some people who don’t like having clutter they don’t use always floating around in their user interface.

By installing this tweak, the button is hidden indefinitely and you can simply use your finger to scroll up or down to read comments in a Reddit thread.

This jailbreak tweak was made in response to a request by a Reddit user and requires both iOS 9 and the official Reddit app for iOS, which is a free download from the App Store if you’re not already using it.

To get it, you can head over to Cydia’s BigBoss repository, where you’ll find it for free.