Adobe today released a new security-focused update for its Flash Player software in an effort to patch a series of vulnerabilities that could give attackers control of your computer. Although Safari on macOS Sierra disables web plugins like Flash by default, Mac owners who have a standalone Flash Player installed on their system are at risk, even if they’re using Flash Player that’s built into Google’s Chrome browser.

One of the vulnerabilities could allow for arbitrary code execution. Adobe has assigned today’s update its top priority rating so you’re wholeheartedly recommended to update your copy of Flash Player as soon as possible because Adobe itself states that the vulnerability could let an attacker take control of the affected system.

To update Flash Player to the latest available version, use the built-in update feature or download the new version from the Adobe Flash Player Download Center.

TUTORIAL: How to manually check for Adobe Flash updates on the Mac

Adobe said Macs with the following versions of Flash Player are affected:

You can check your current version of Flash Player on Adobe’s website. If the web tool says you’re running Flash Player version 23.0.0.185 or later, you’re in the clear.

TUTORIAL: How to remove Flash Player from your Mac

If you use Google Chrome, the browser’s silent update mechanism should ensure that you’re always running the latest version of both Chrome and the built-in Flash Player. 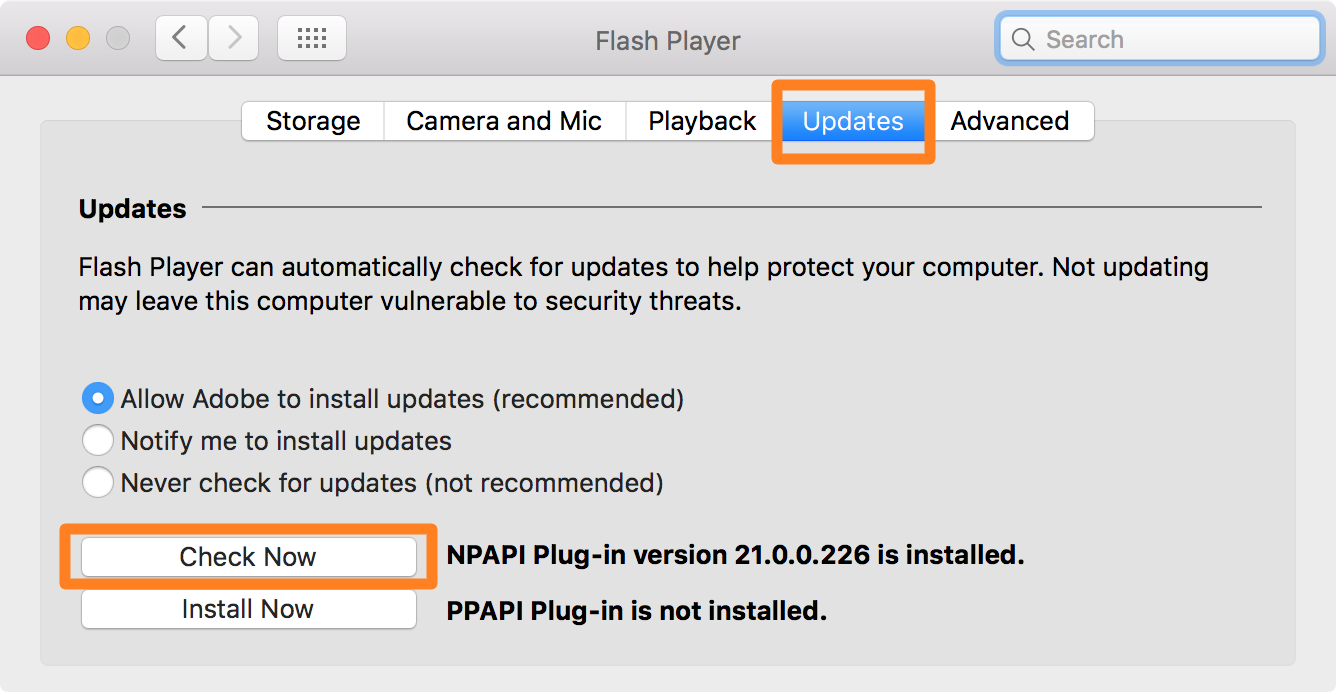 Those running the standalone Flash Player on their Mac should enable the option “Allow Adobe to install updates” in the Flash preference pan to automatically receive Flash security patches and other updates in the future.