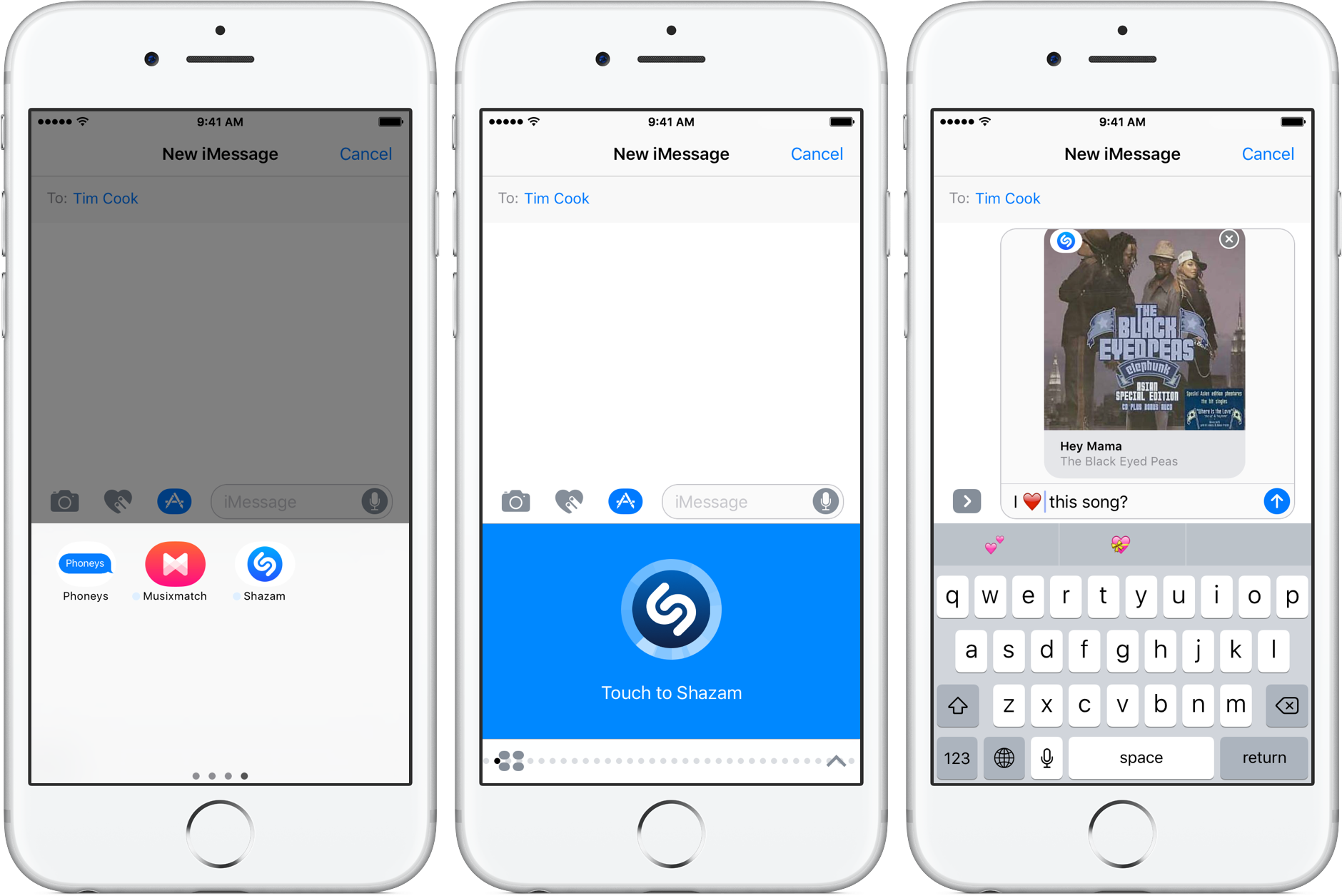 Shazam, a music identification service that’s integrated into iOS (“Hey Siri, what song is this?”), recently celebrated a billionth download of its popular mobile app. Today, the company pushed a sweet little update to Shazam and Shazam Encore iOS apps in the App Store. Bumped to version 10.1, the refresh software packs in a brand new iMessage app with support for music detection within iOS 10’s stock Messages app, here’s how to use it.

“So you’re messaging a friend and you hear that song—the one you both love that’s driving you crazy…What is it?? There’s an iMessage app for that,” says Shazam.

After updating your copy of Shazam to the latest version, enable Shazam’s iMessage app in the Manage tab inside Messages’ built-in App Store if it’s not already turned on.

To identify a song with Shazam without launching the app, tap a conversation in Messages and hit the App Store button on the left side of the text entry field.

Now select Shazam in the Messages app drawer and tap the Shazam graphics to prompt the app to start identifying a song that’s currently playing. Once a song has been successfully identified, hit Send.

A person on the other side shall receive a rich Shazam card with the album’s cover artwork along with the song and artist name and the number of times the track has been Shazam’d. Tapping the Play button on the cover artwork launches a preview of the song in the Shazam app.

If the recipient doesn’t have Shazam’s iMessage app installed on their device, tapping the graphics will take them to Shazam’s page on the App Store.