The third-generation Apple TV debuted in March 2012 with a single-core A5 processor and 1080p video output, but now the device is being discontinued as Apple sharpens focus on the latest fourth-generation Apple TV that runs third-party apps and games via the tvOS App Store and comes with a more powerful hardware and the Siri Remote.

According to 9to5Mac, Apple has removed the device from its online store and confirmed in an email sent out to employees and education partners that it’s phased out the device. 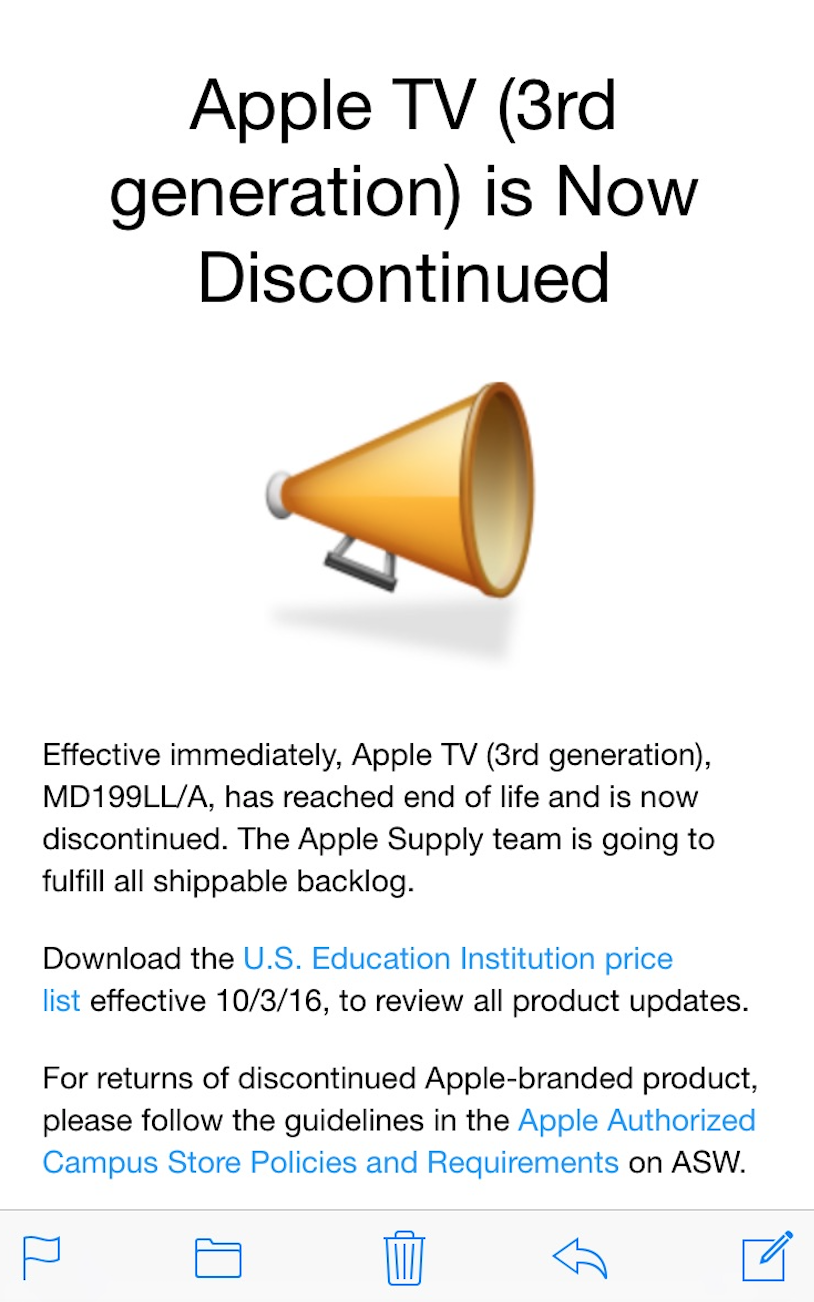 I still have my third-generation Apple TV lying around somewhere and won’t be selling it anytime soon. Although I’ve never flashed it to install unsanctioned apps, it’s still a great pay TV device and a Netflix machine—especially at its former $69 asking price.

As Apple no longer has an inexpensive streamer in its Apple TV lineup (the fourth-generation Apple TV starts out at $149), maybe the current model will occupy the $69 price point once a next-generation model is released?

Speaking of which, do you think the Apple TV will get a hardware refresh this year?