Apple typically takes the iPhone’s A-series chips and updates them for iPads with more GPU cores and a faster performing, higher-clocked CPU. These chips typically have an “X” in their name, but with new iPad Pros and a fifth-generation iPad mini due in Spring 2017 the company has not yet officially announced an “X” variant of the iPhone 7’s A10 Fusion chip. 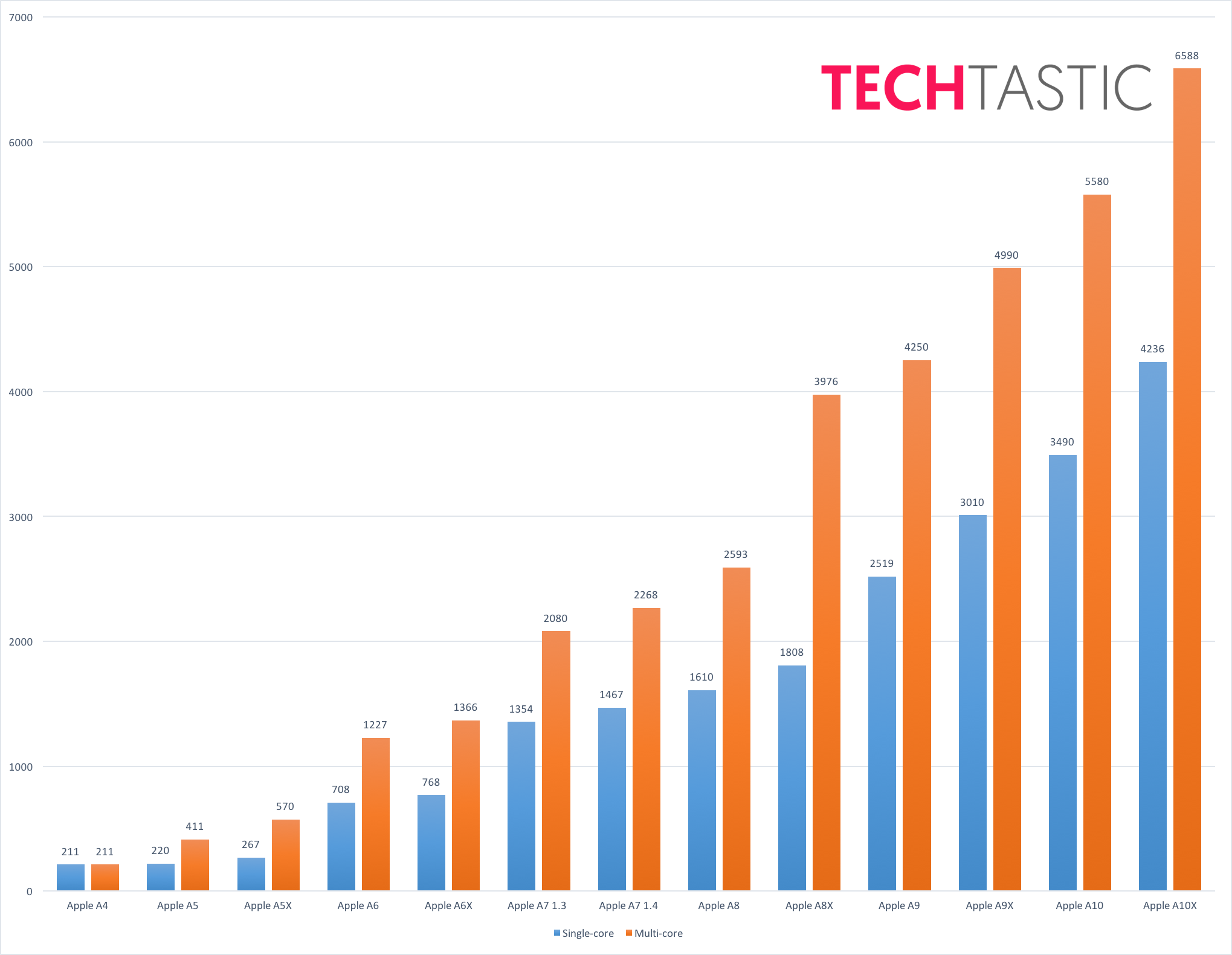 Please note that these benchmarks can be easily faked and there’s no way of telling whether these scores are genuine or not. That said, we’re going to assume they’re faked until someone posts them on the GeekBench website.