According to a new survey of more than a thousand customers in the United States, conducted by Bank of America Merrill Lynch and cited in today’s BusinessInsider article, a whopping twelve percent of respondents are interested in buying Apple’s $159 wireless AirPods earbuds when they go on sale next month, resulting in an incremental $3 billion in revenue.

In fact, more respondents said they planned to purchase the AirPods than the new Apple Watch Series 2 (eight percent). 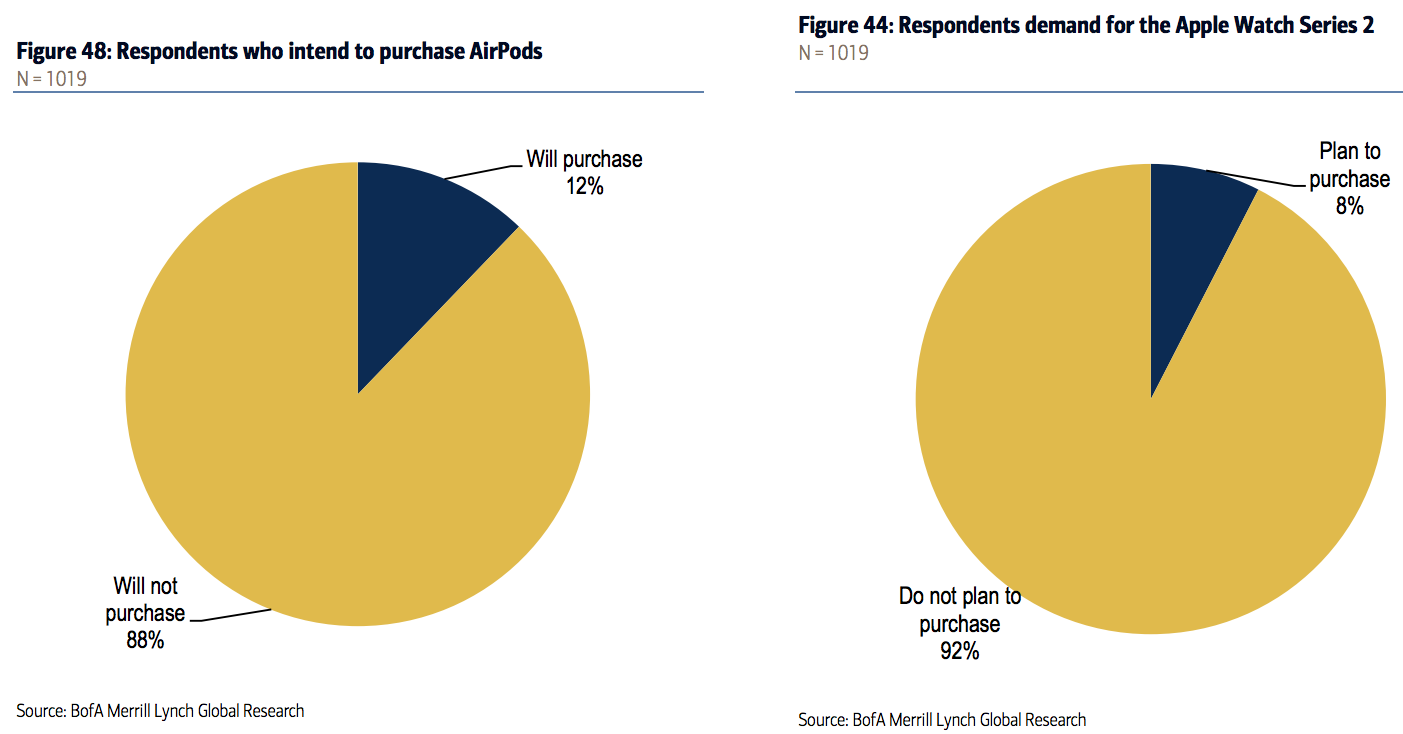 I’m finding the results of this survey eye-opening.

Will you be buying Apple’s wireless earbuds?