We now know that a Vietnamese site which said it had used a real iPhone 7 and made claims that the device would be capable of shooting 4K video at a silky smooth 60 FPS, was lying to us.

Apple’s just wrapped up its iPhone 7 presentation, press releases are up on the site, the store is back online and we can clearly see that the iPhone 7 Technical Specifications webpage states in black and white that the much-enhanced camera system on both new phones still captures 4K video at 30 FPS, just like the iPhone 6/6s series.

I’m a bit disappointed as shooting 4K video in 30 FPS often results in annoying blurring when panning the device around abruptly. It’s even more surprising given the iPhone 7’s vastly enhanced ”A10 Fusion” chip with its four CPU cores (two on the A9 in the iPhone 6s) and an enhanced Apple image signal processor. 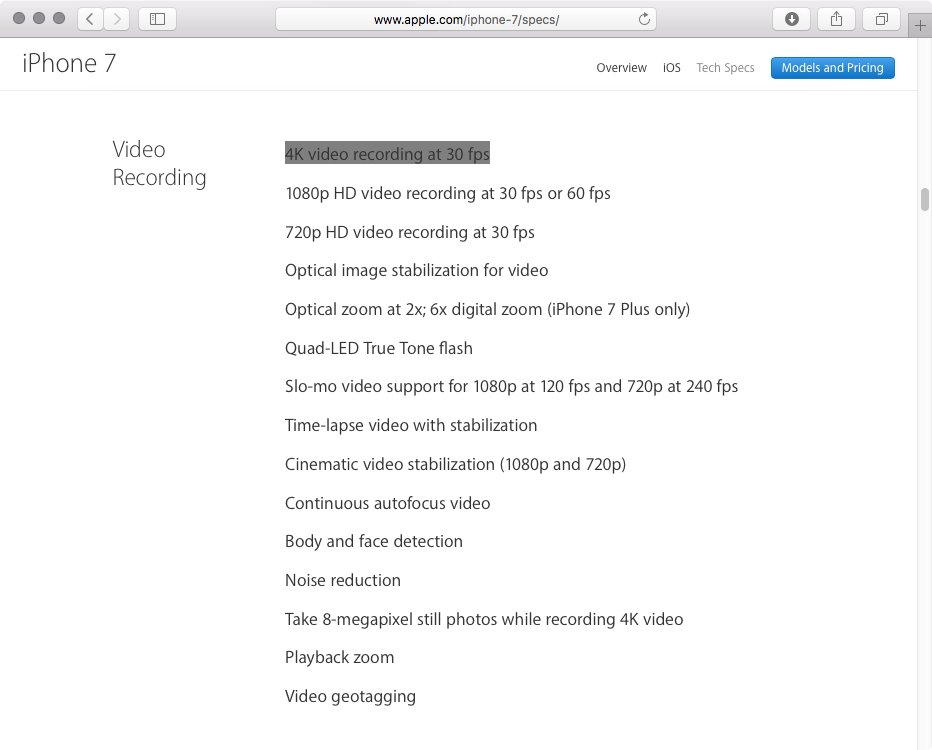 Of course, there’s always the possibility that Apple will add this functionality later in the game via an iOS software update. After all, one of the headlining new features of the new phones—the ability to take DSLR-like depth of field photographs—will be rolled out to iPhone 7 owners via a free software update later this year.

Check what else is new for the new iPhones on Apple’s Stats page.