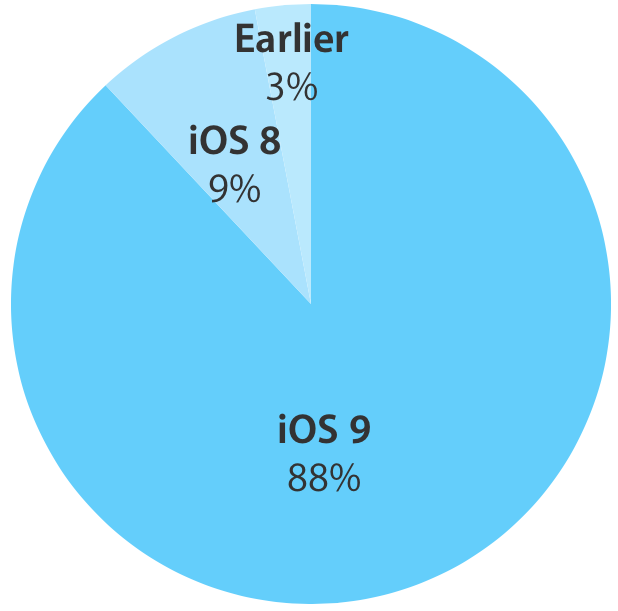 Eighty-eight percent of iPhone, iPad and iPod touch devices are currently using iOS 9, a one-point increase over the iOS 9 adoption rate of 87 percent which was recorded about three weeks ago.

These iOS 9 adoption stats were derived by Apple by counting each and every device which accessed the App Store on August 29, 2016. Apple typically updates these numbers every other week so they might issue a few more updates before iOS 10 releases for public consumption some time in the fall.

Google has yet to publish updated Android adoption figures, but we’re guessing the latest Android release currently has less than 0.1 percent distribution, meaning it won’t be included in the new stats when they become available. 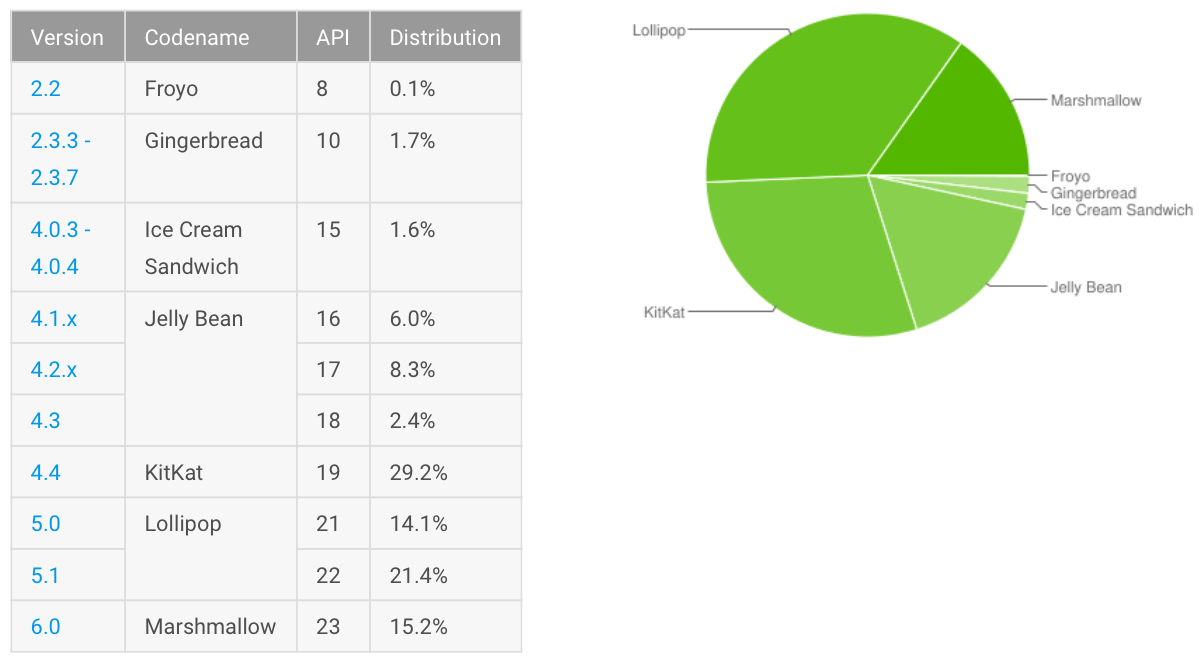 Based on Play Store access data captured during a seven-day period ending on August 1, the nearly-one-year-old Android 6.0 Marshmallow is found on 15.2 percent of Android smartphones and tablets. As for the two-year-old Lollipop (5.0-5.1), it powers a little more than one-third of Android hardware, or 35.3 percent of devices.

Unlike Apple, which controls the whole user experience and is able to push iOS software updates to its installed base simultaneously, Android software updates involve multiple parties and require certifications from chip makers and carriers.

Because of that, many if not all Android device vendors don’t really bother investing time and money into delivering software updates to the devices they had already sold, the only exception being Google-brande Nexus devices which provide stock Android experience without UI overlays or carrier bloatware.