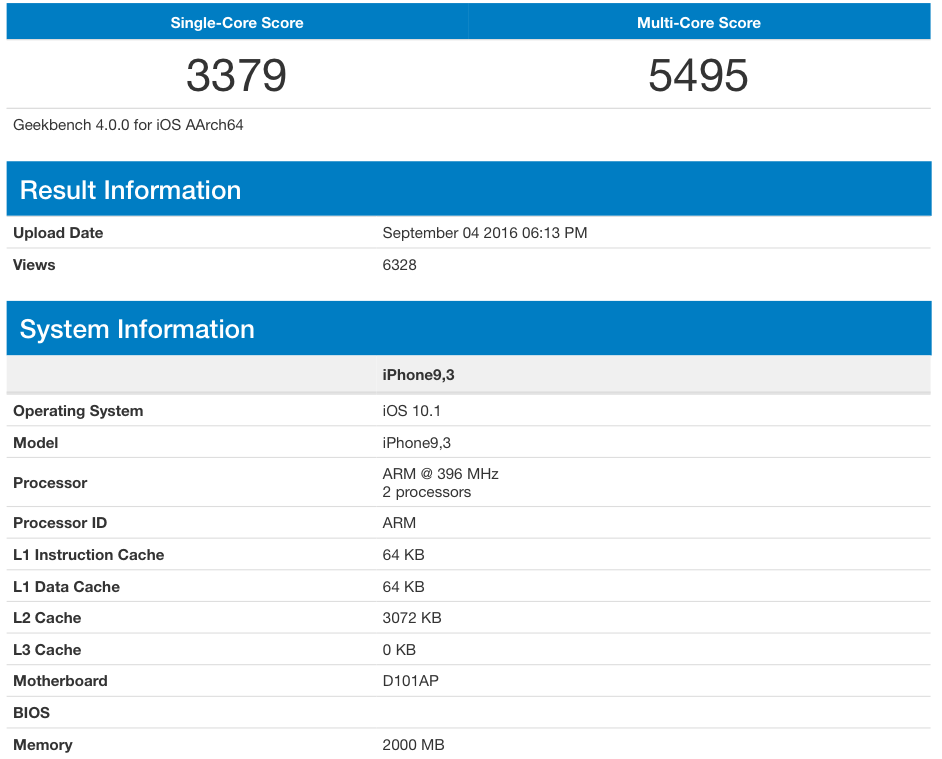 Alleged GeekBench CPU scores posted back in the summer suggested modest performance gains for the iPhone 7’s A10 chip versus the iPad Pro’s A9X processor, but were debunked as fake soon after.

Today, genuine-looking results of the GeekBench 4 synthetic benchmark of the iPhone 7’s CPU were posted on the website of PrimateLabs, the company that makes and sells the GeekBench suite.

According to the published data, the iPhone 7 could have its CPU performance boosted by at least one third, or about 33 percent, versus the iPhone 6s.

Based on the included information, the poster tested a 4.7-inch iPhone 7.

The only sticking point: the reported CPU clock speed of just 396 MHz, likely due to GeekBench’s iOS app not having been updated with new hardware in mind.

GeekBench doesn’t test GPUs so we’ll have to test the iPhone 7 ourselves when the device arrives to determine if Apple has sped up the A10’s graphics subsystem, too.

This isn’t surprising as Apple in the past few years has been developing “point” updates in parallel with major releases so it goes without saying that they’re already finishing up iOS 10.1, working on iOS 10.2 and thinking about iOS 10.3.

You can see GeekBench scores for other iOS devices here.