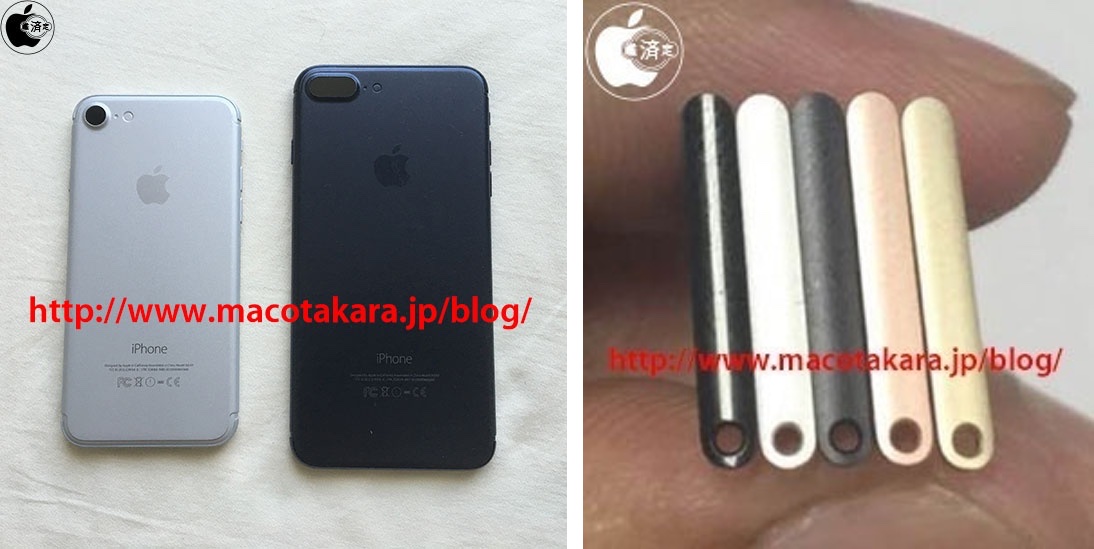 But first, check out the image of the leaked part and see for yourself what the rumored new color option might look like. As mentioned, Mac Otakara thinks the iPhone 7 and iPhone 7 Plus will come in five colorways:

As for Space Gray, Mac Otakara had originally called for an iPhone 7 in Deep Blue but later amended the article to describe a refreshed Space Gray colorway as “a much darker” variant of the exiting Space Gray that is “close to black, though not quite black.”

Apple will be holding a media event on September 7 at 10am PT at the Bill Graham Civic Auditorium in San Francisco. The event is widely expected to serve as a launchpad for 2016’s iPhone refresh and a second-generation Apple Watch, with some fans keeping their fingers crossed for a refresh of the Mac notebook and desktop lineup.