Verizon, the nation’s leading telecommunications company, today said that mobile users in 461 cities across the United States now get fifty percent faster peak wireless data speeds thanks to LTE Advanced, the next generation of wireless technology.

Verizon’s LTE Advanced is now available across all the major cities in the United States, including remote places like highways, interstates, country roads and rural America.

Customers can take advantage of LTE Advanced on their iPhone 6s or using one of the 39 LTE Advanced-capable phones and tablets, including Samsung’s Galaxy S6 and S7 smartphones. Compatible devices automatically upgrade to LTE Advanced with “no extra plan costs, no settings to change and no indicators to check,” said the company.

“As new devices from Apple, Samsung, LG and other manufacturers are introduced, they will be LTE Advanced-capable right out of the box,” said Verizon. 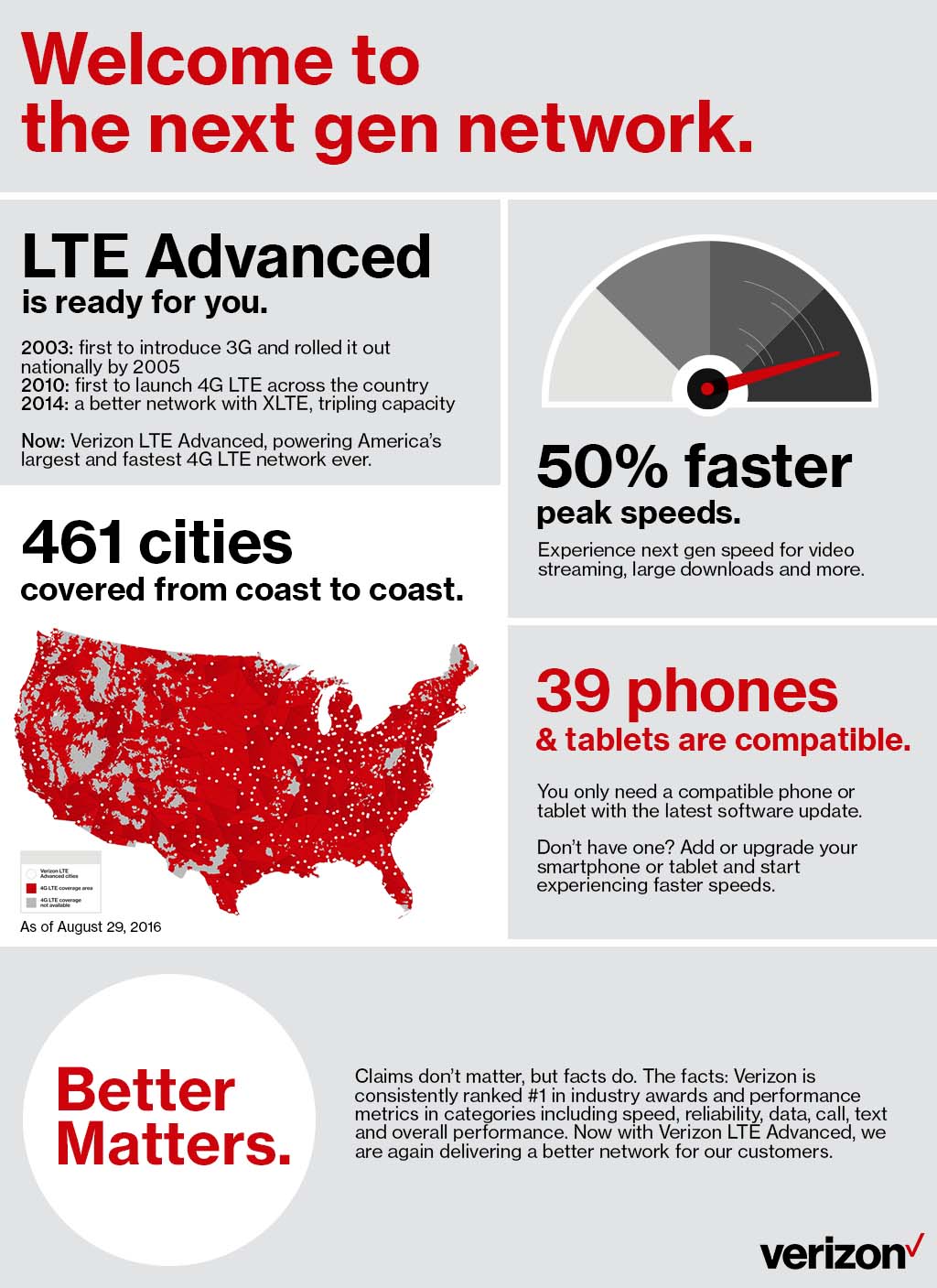 To realize these benefits, the firm uses so-called carrier aggregation technology that combines two or three bandwidth channels into one larger channel to send data sessions over the most efficient route to completion.

Two-channel carrier aggregation boosts typical download speeds of 5–12 Mbps to peak download speeds of up to 225 Mbps. Check out the speed comparison video below, showing how Verizon’s LTE Advanced compares with the carrier’s existing LTE network.

To learn more, point your browser at the Verizon website.