When T-Mobile announced its upcoming ONE service that’ll give all customers “unlimited” 4G LTE data, eagled-eyed readers discovered in the fine print that mobile tethering is limited to sluggish 2G speeds, with 5GB of 4G LTE tethering sold as a $15 add-on. Today, the carrier clarified that ONE would include unlimited tethering at 3G speeds at no additional cost after all while unveiling ONE Plus upgrades with unlimited 4G LTE tethering, daily HD passes and more.

“T-Mobile today proved once again why it’s the Un-carrier by doing something the carriers would never do—actually listening to customers and taking quick and decisive action,” reads the press release.

The new ONE Plus upgrade gives you unlimited mobile hotspot tethering at 4G LTE speeds, unlimited video streaming in high-definition (up to 4K) and Simple Global international data roaming at up to 3G speeds for an extra $25 per month per line.

Originally, the high-definition video add-on itself was a $25 upgrade.

Launching September 1, a few days earlier than planned, ONE offers unlimited 4G LTE data, calling and text for $70 per month. ONE subscribers who won’t be upgrading to ONE Plus can stream unlimited video from any service in DVD-like 480p resolution. 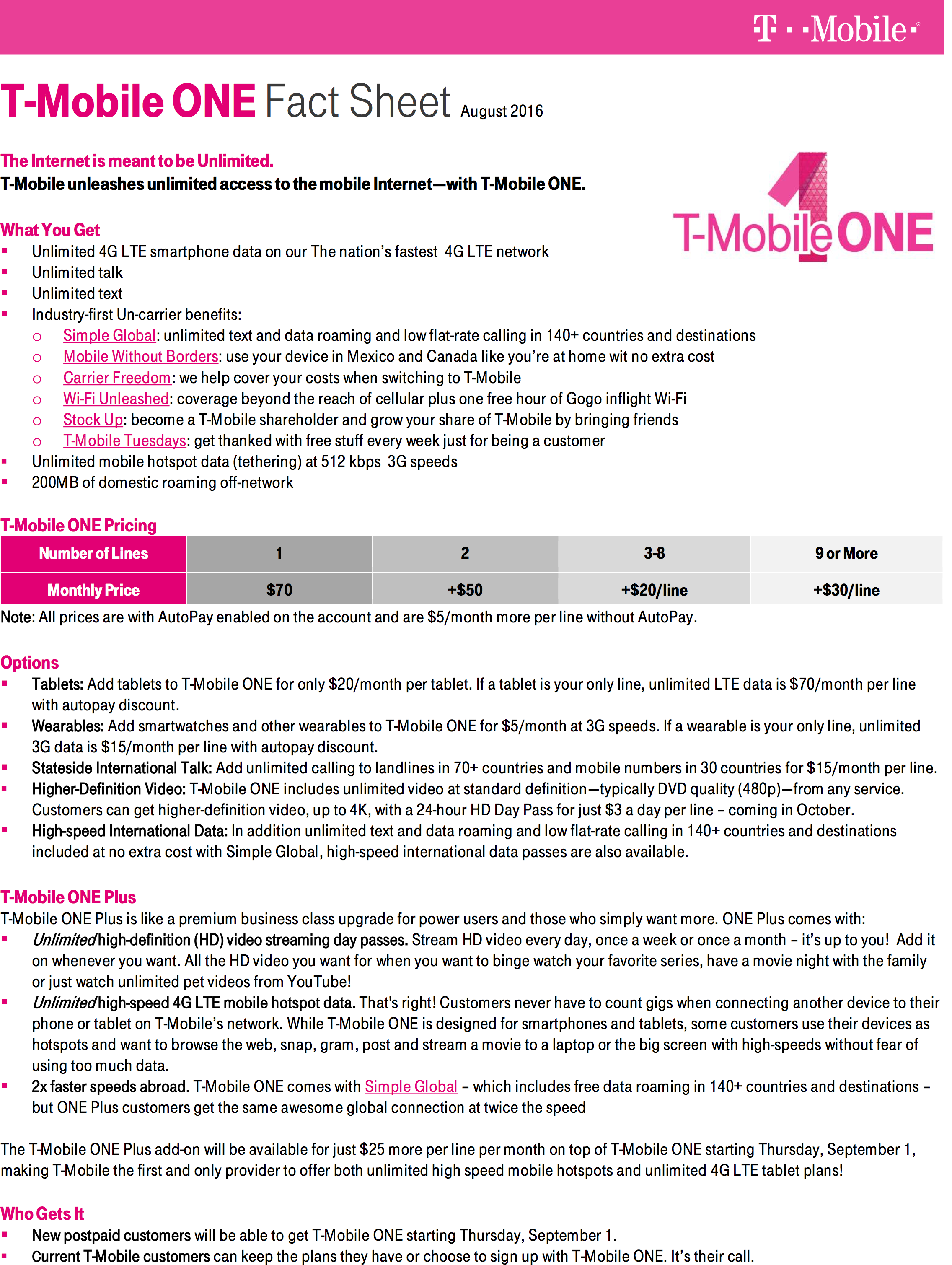 If you need unlimited streaming in high-definition for just a few days or hours, T-Mobile will now treat you to HD passes for $3 per day, available starting in October.

Although T-Mobile says ONE imposes no data caps, that’s not entirely true: if you use more than 26GB of 4G LTE data per month, the carrier will decrease your data transfer speeds to 3G or 2G after the 26GB threshold at specific times and places that the network sees high congestion. 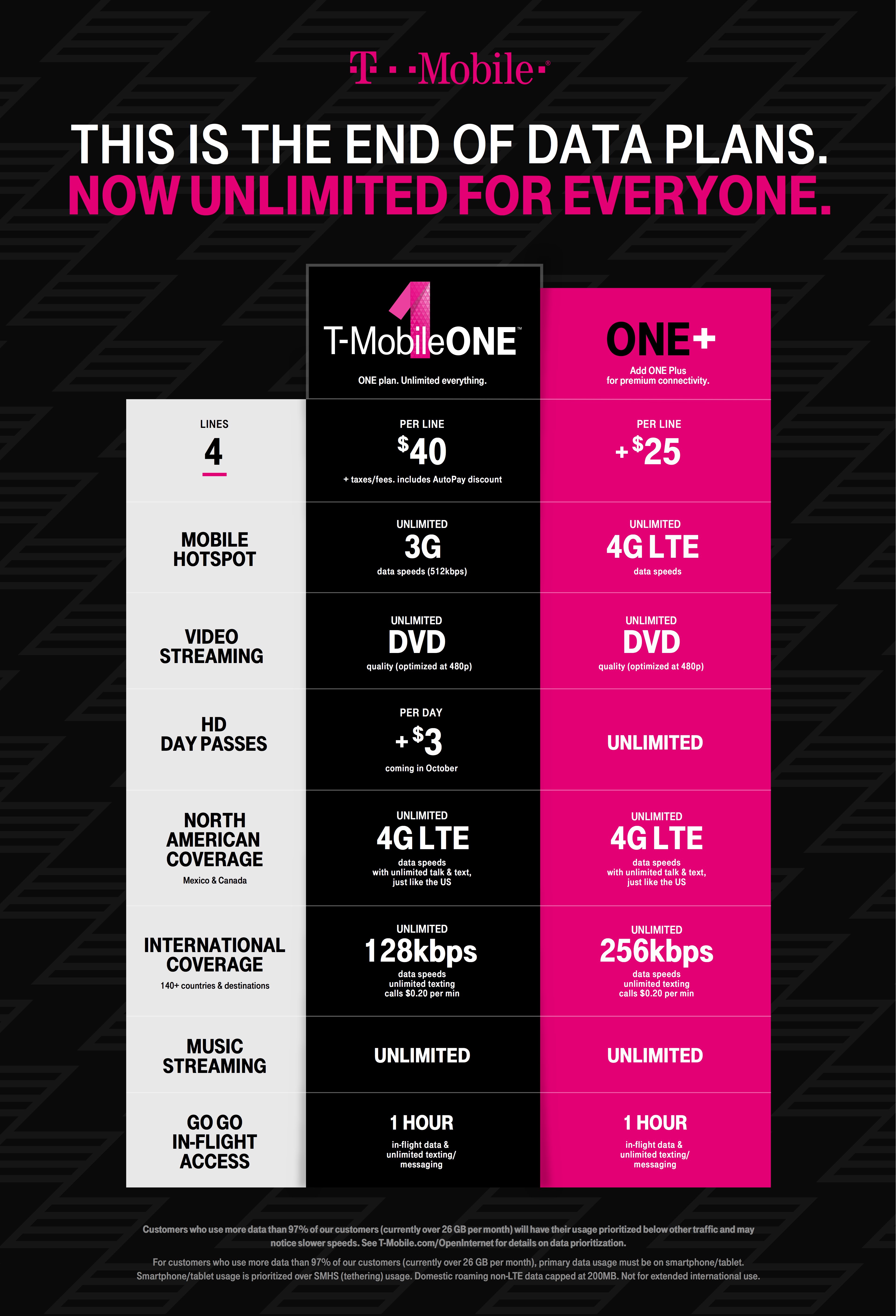 Both the ONE plan and the new ONE Plus upgrades will be available beginning September 1 at T-Mobile stores nationwide and t-mobile.com.

Prepaid customers will be allowed to sign up for ONE in the future while existing customers can either keep their Simple Choice plan or switch over to ONE for $5 per month extra per line without AutoPay enabled.