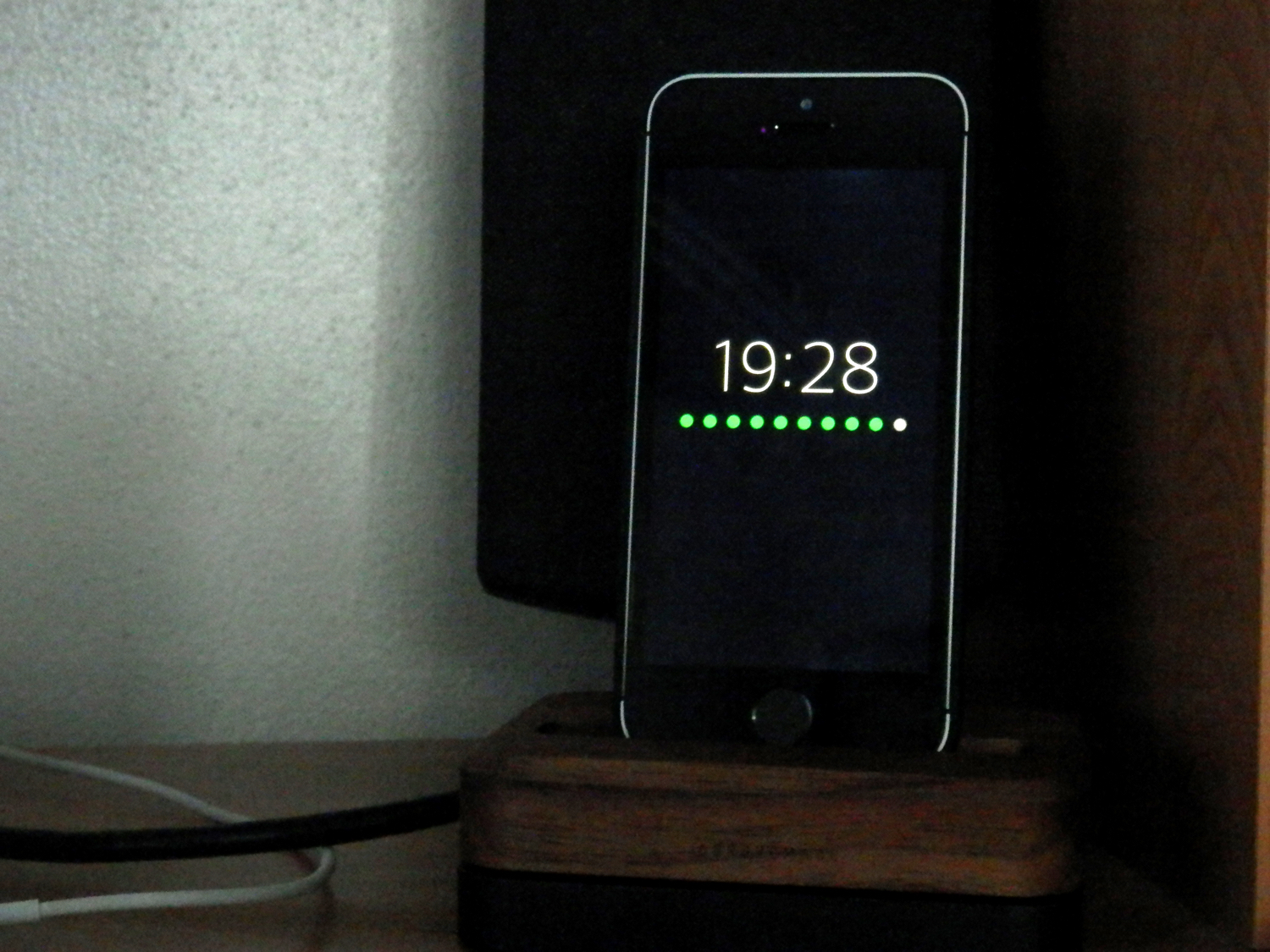 One of the features I really like about my Apple Watch is nightstand mode, because it gives me a way to quickly see the time on my desk right when I wake up in the morning. Unfortunately, the screen is kind of small.

With a new free jailbreak tweak called Vettr, you can effectively turn your iPhone into a pleasant nightstand clock, but it can be used for other things too. We’ll show you in this review what Vettr is all about.

The nightstand mode iPhone never had

This tweak sticks out to me as a nightstand mode-like tweak for the iPhone. I’m not sure if the developer really had that in mind or not, but it works really nicely with my iPhone dock because it keeps an always-on display of the time and battery level as long as the device is connected to a power source.

Since the screen is always going to be on while you use Vettr, your device may charge a little slower than it normally would, but it shouldn’t be a major difference. If you’re using it for a nightstand mode-like situation, it shouldn’t even really matter because you’ll be sleeping while it charges anyway.

This is essentially what the screen looks like; the time is displayed in a nice simplistic font, and the battery level is indicated by green dots: 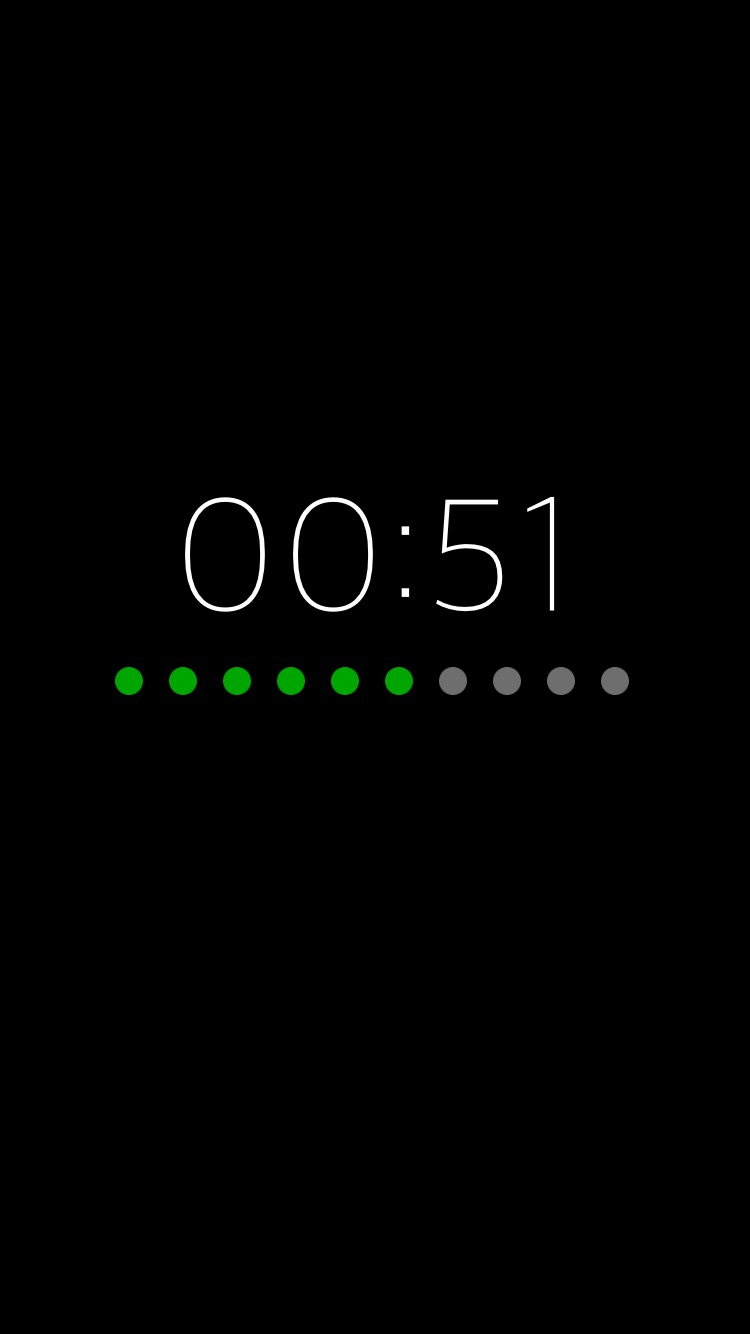 To use Vettr, you need to be connected to a power source. It doesn’t necessarily require a dock of any kind, but I think it looks best with one (more specifically, my Grovemade walnut dock). As soon as power is disconnected, Vettr will not work again until it’s reconnected.

When you want to use the tweak, all you have to do is wake your device up after it has been connected to a power source. You’ll see your typical Lock screen as usual, and then after a few seconds, you’ll get the black screen above with the time and battery level displayed in the center.

The screen will stay awake until you put the device asleep manually with the lock button. You can also bypass Vettr to use your device by simply pressing the Home button and then using Touch ID or your passcode to get past the Lock screen. Easy peasy!

Vettr also adds a preferences pane to the Settings app so you can toggle the tweak on or off on demand, as well as configure a brightness level for your display whenever you have Vettr in the forefront: 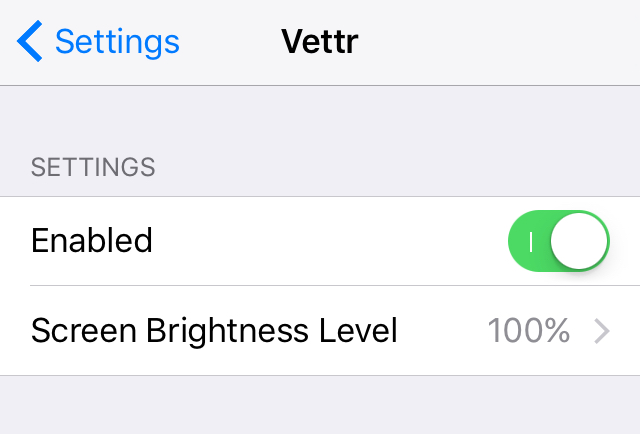 I think Vettr is a really nice way to use your iPhone as a type of nightstand clock at night, but it also works great as a daytime desk piece whenever you’re not using your iPhone and want something pleasant to look at.

If you’re interested in giving Vettr a try, you can download it for free on your jailbroken device right now from Cydia’s BigBoss repository. The tweak has only been tested on iOS 9 devices.

What are your thoughts on the design and purpose of Vettr? Share below!