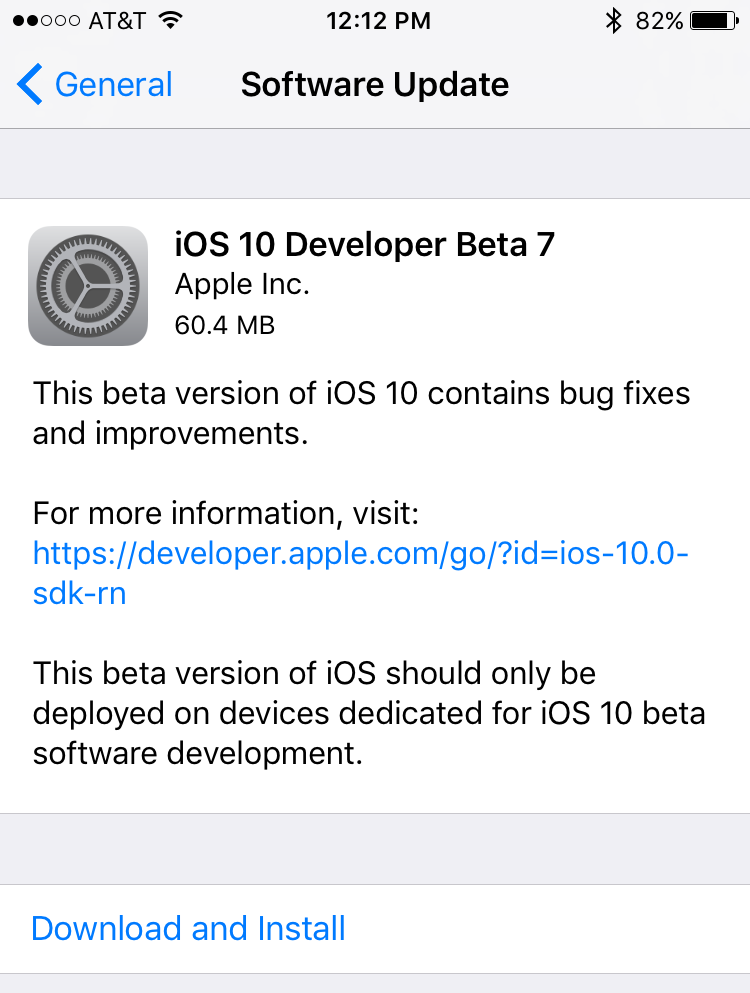 Apple on Friday seeded the seventh beta of iOS 10 to developers. Registered developers running the latest betas can access the update via the OTA mechanism in iOS, or as a standalone download via Apple’s developer center.

Today’s release obviously comes as a surprise, given that Apple just issued beta 6 on Monday. The timing suggests that Apple has entered the fine-tuning stage, as it prepares to release iOS 10 to the public in the next few weeks.

Introduced at the World Wide Developer’s Conference in June, iOS 10 offers a number of new features and improvements. It’s compatible with the iPad 4+, the iPad mini 2+, the iPhone 5 and later, and the 6th gen iPod touch.

In addition to developer beta 7, Apple has also released iOS 10 beta 6 to public testers. We will be sure to report any notable changes. If you spot something we’ve missed, leave a comment or email us at tips@idownloadblog.com.