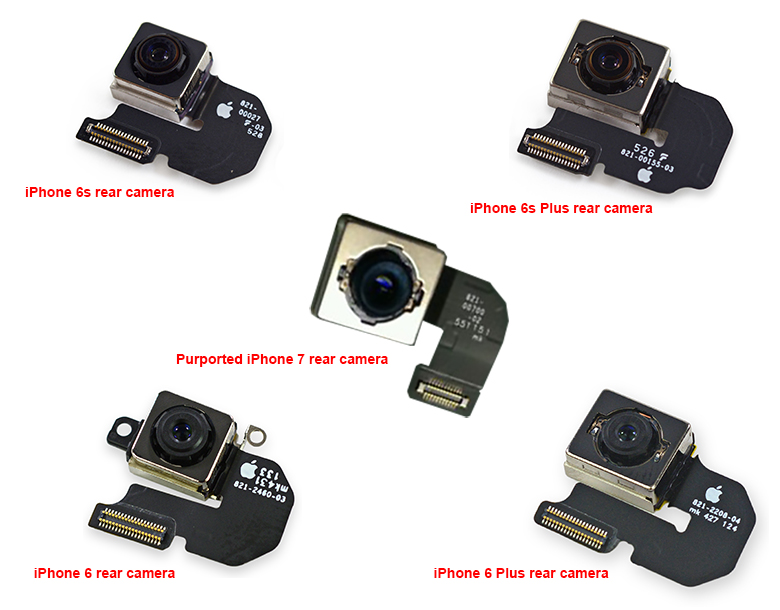 For those wondering, the pictured part lacks an Apple logo likely because it’s a pre-production component. Assuming the part is genuine, the single-lens iSight camera on the 4.7-inch iPhone 7 may have relocated its L-shaped cable connector from the bottom center to the lower right side of the sensor.

Optical image stabilization is evidenced by the four cutouts around the package to allow the camera lens to move slightly in all directions to compensate for the shakiness.

The flagship iPhone 7 Plus model, of course, is widely expected to feature a dual-lens shooter for improved low-light photography, optical zoom and more.

By and large, the iPhone 6s is Apple’s biggest camera jump ever: the back shooter went from eight to twelve megapixels for photo capture and from 1080p to 4K video capture. The front-facing FaceTime camera on the iPhone 6s was improved substantially as well, going from paltry 1.2 megapixels to a five-megapixel shooter with 720p video recording.