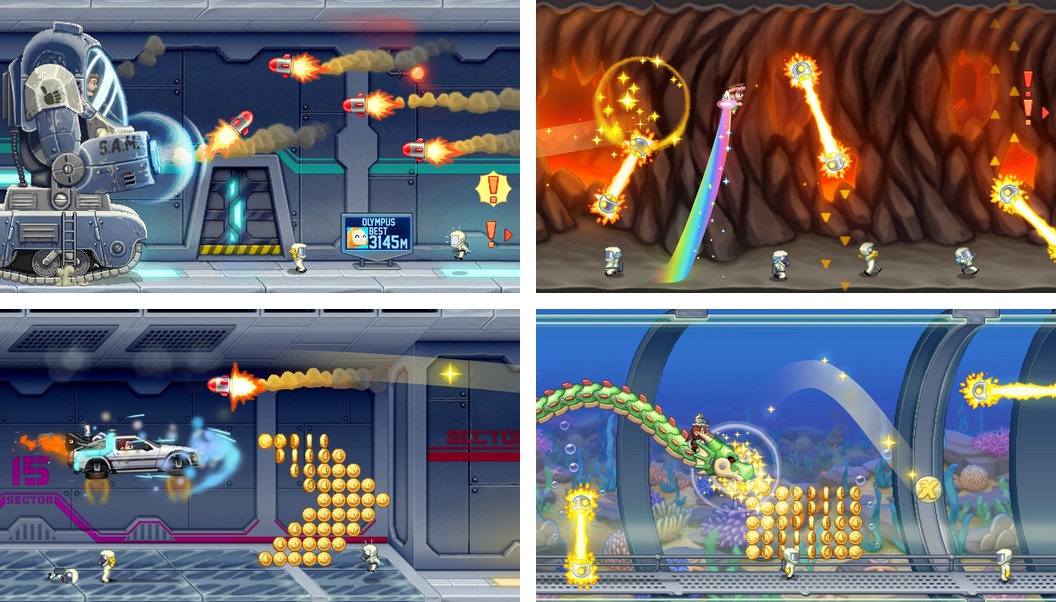 Jetpack Joyride by Halfbrick Studios, one of the few games I still play and always keep on my phone thanks to regular content updates, has been refreshed on the App Store with support for 3D Touch, letting you press the display on your iPhone 6s or iPhone 6s Plus to control the character.

Thanks to 3D Touch’s ability to sense multiple degrees of pressure, the harder you press, the faster you’ll jetpack.

In addition, the game introduces a new Hardwood costume whilst ditching the rolling inventory, which means you can now buy any extra item whenever you want.

A year after the technology debuted, third-party support for 3D Touch continues to be implemented at a snail’s pace. During WWDC 2016 sessions, Apple engineers urged iOS developers to prioritize adding Peek and Pop support to their apps and games.

In one of the sessions, an Apple engineer explained that current 3D Touch experience leaves a lot to be desired due to lack of full third-party support. As a result, people press controls in apps expecting them to work with 3D Touch only to be left disappointed when an app does not respond to Peek and Pop gestures.

Some of the most popular 3D Touch-optimized apps are listed in the App Store’s ”Enhanced for 3D Touch” section. Games with 3D Touch support are few and far between, with a handful of titles supporting the iPhone 6s’s pressure-sensing display, including AG Drive, Badland 2 and Grand Theft Auto: Liberty City Stories.

Jetpack Joyride is available at no charge in the App Store.