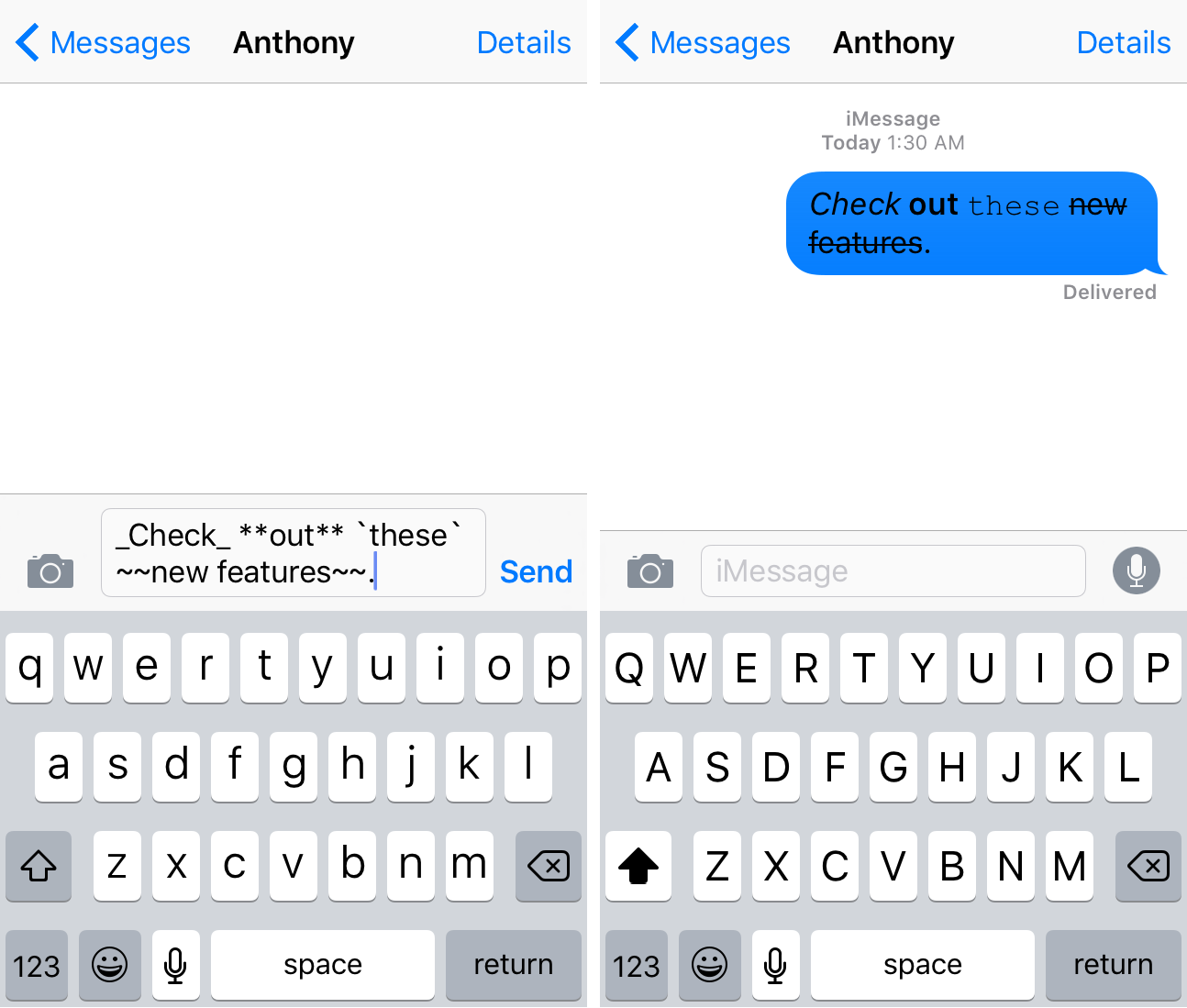 Those of you that are looking for a little more depth in your text messages may be interested in checking out a new free jailbreak tweak called MessageMarkdown.

With this tweak, you can enable basic text markdown features in your Messages app, and we’ll talk about how it works in this review.

I know some of you might be asking yourself, “What is markdown? Well, just to clear something up, it’s not the same as Apple’s Markup feature. It’s actually a feature of text where you apply certain kinds of styling to it.

Among some of the things that are included in markdown are:

This particular jailbreak tweak supports all of the above, and lets you apply markdown features to text that you intend to send or receive in the Messages app, as shown above.

To apply markdown to text, you have to type special characters surrounding the text you want formatted. The developer notes in the Cydia description the following character combinations to provide you with different kinds of markdown:

Now for the caveat

This is without a doubt a cool jailbreak tweak, but the major caveat is that both people have to have the MessageMarkdown tweak installed on their devices if they’re both going to see the markdown effects. The markdown styling is purely a local change and they don’t get sent exactly how they look to you.

In fact, for a recipient without the tweak installed, it’ll look something like this:

MessageMarkdown is a cool way for two people with jailbroken devices to text each other with markdown effects in the Messages app, and it seems to work with both iMessage and SMS, but keep in mind that unless the other person has this tweak installed too, you may want to refrain from trying to use markdown features, or your message will look like gibberish.

The developer has an active thread going on Reddit to answer questions about this tweak, so feel free to make suggestions to him or feature requests there.

If you feel like trying MessageMarkup on your jailbroken device, you can download it for free from Cydia’s BigBoss repository right now.

Would you like to see these markdown features become universal across all devices? Share in the comments below.