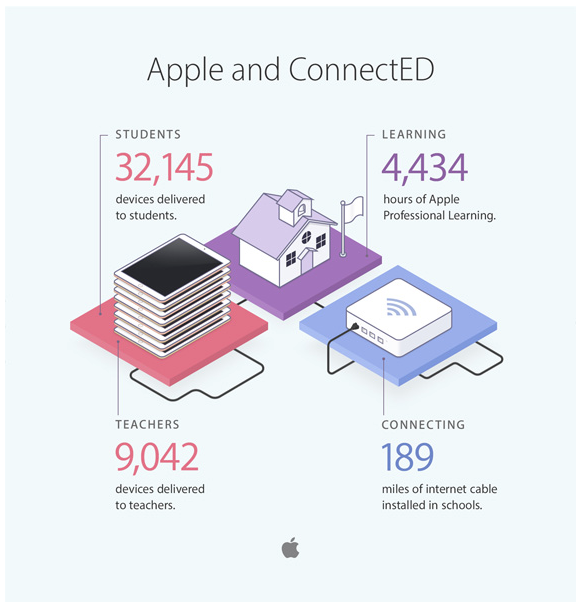 Apple on Wednesday announced that its ConnectED efforts now reach over 32,000 students. In a note on its website, the company said that as of the start of the 2016 school year, there are 32,145 students at underserved public schools in the US that are learning on iPad through the program.

As the 2016-2017 school year kicks off, there are now 32,145 students at underserved public schools across the country who are learning, creating and exploring on iPad through Apple’s ConnectED commitment.

Today, 701 students in Indianola, Mississippi, were introduced to iPad as Carver Elementary School became the 66th ConnectED school — and the first of the school year — to transform its classrooms with Apple’s cutting edge teaching and learning technology solutions.

In addition to the 32,000+ student iPads, Apple has also donated over 9,000 iPads and Macs to teachers, and provided schools with professional learning, wireless infrastructure and other support. Apple has pledged $100 million to ConnectED, an initiative announced by President Obama in 2014.