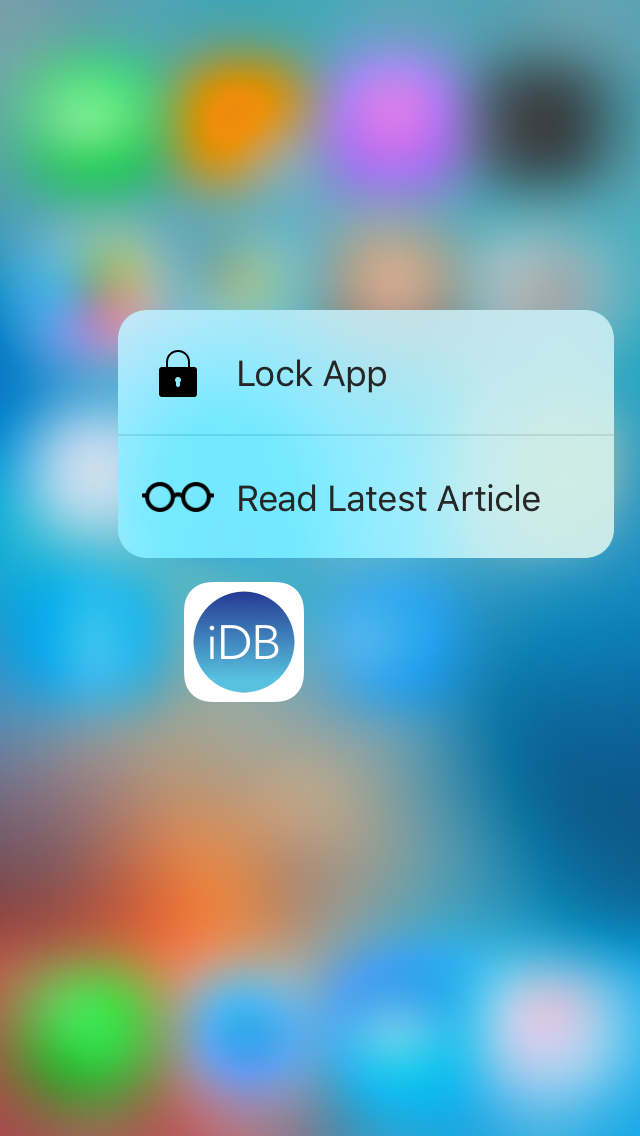 Where security is a concern, 3DAppLock is a new jailbreak tweak that helps add some peace of mind.

The tweak lets users lock certain applications on their Home screens with either Touch ID or a password by simply using a 3D Touch gesture on the app icon itself.

Locking your Home screen apps down

Sometimes you let certain people have your passcode, such as your significant other, very close friends, or children, but you still want to have the peace of mind that your more important apps, such as banking apps, file backup apps, can’t be used when you’re not looking.

3DAppLock answers this security concern head-on by allowing you lock certain apps on your Home screen so they can’t be launched by just anybody, whether you’re signed into your device or not.

It will force anyone who tries to open a locked app to enter a password or use the Touch ID sensor to authenticate themselves, and if they can’t, the app will not launch.

The tweak’s core functionality is very easy to follow. Just use a 3D Touch gesture on an app icon, and you’ll get the new Lock App option in the 3D Touch menu, as shown above. When you tap on it, the app instantly becomes locked securely.

Now when you attempt to open it, you’ll get asked to authenticate yourself with Touch ID: 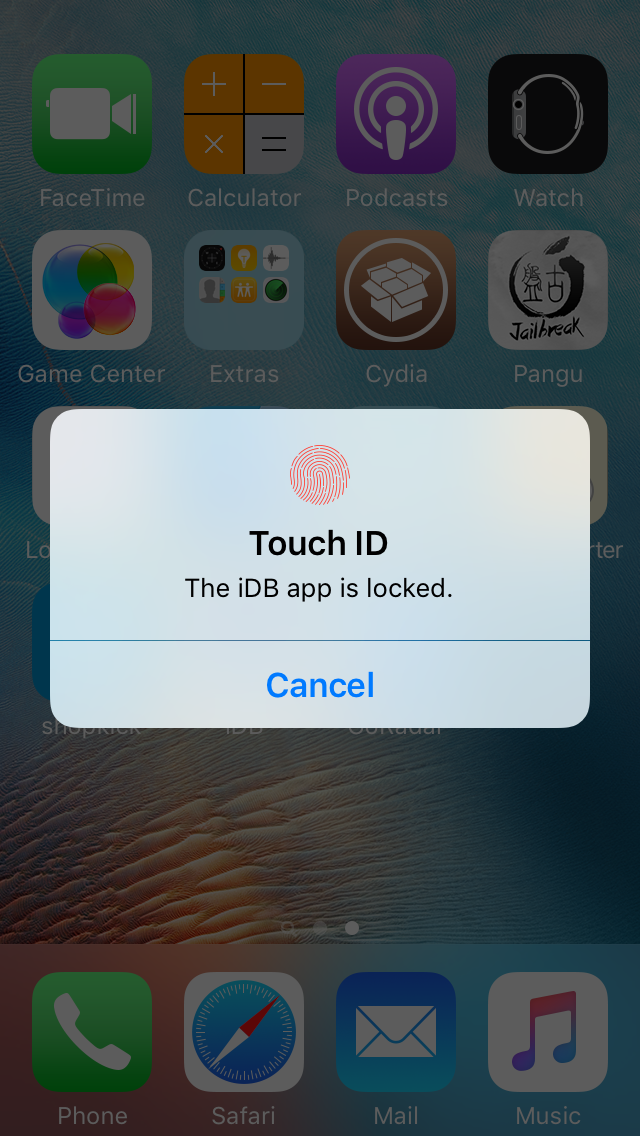 Because you’re the only one with your unique fingerprint, the chances that someone else is going to get past this are very slim. Nevertheless, if your Touch ID sensor has been acting screwy lately and it’s not letting you in, the tweak also has alternative passcode functionality built in.

If your fingerprint fails to be recognized, you’ll be given the option to enter a preset password instead of using Touch ID. This passcode is not the same as your device’s passcode: 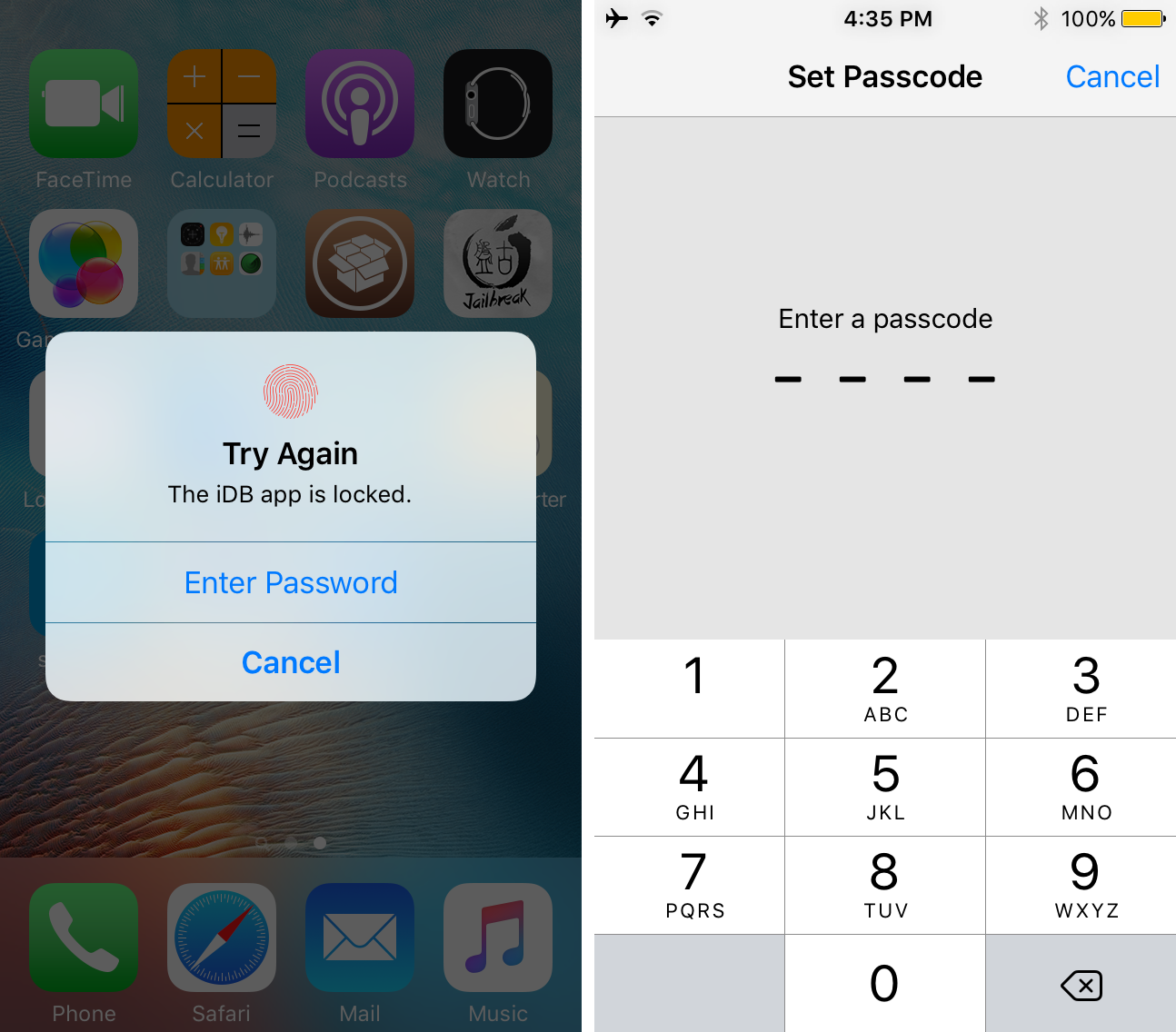 Because everyone uses their device differently, 3DAppLock adds a preferences pane to the Settings app where you can configure everything to suit your needs:

The option for unlocking all locked apps isn’t as insecure as it seems. Some random stranger can’t just open your Settings app and unlock all your apps on you. Instead, when you tap on this button, you’re asked to authenticate yourself with Touch ID or by entering your preset passcode. So this is something to keep in mind.

I’ve always been a fan of individual app-locking tweaks, and I think 3DAppLock is one of the best modern ways to do this. With Touch ID integration, as well as 3D Touch integration, 3DAppLock integrates two of Apple’s newest smartphone technologies into one tweak to provide you with an additional layer of security for when you hand your unlocked device to other people.

One of the things that I found really nice was that 3DAppLock works with tweaks like RevealMenu, which allow you to use 3D Touch on devices that don’t have a 3D Touch display, like the iPhone 6 and iPhone 5s. Instead, you’ll just be tapping and holding on an app icon, then releasing, to simulate a 3D Touch gesture.

3DAppLock, used properly, can help prevent unwanted access to certain apps on your Home screen, and because I’m personally a security nut, I would recommend this tweak to almost anyone with a jailbroken device.

For an additional layer of security, you can use 3DAppLock to lock your Home screen apps on a per-app basis. The tweak will require Touch ID authentication or a passcode entry to successfully launch any locked app, meaning no one but you and the people you permit are going to get into your personal apps.

3DAppLock works on iOS 9 devices and can be had from Cydia’s BigBoss repository right now for any of your jailbroken devices for just $1.49.

Are you going to use 3DAppLock to enhance your iOS device’s security? Let us know below.