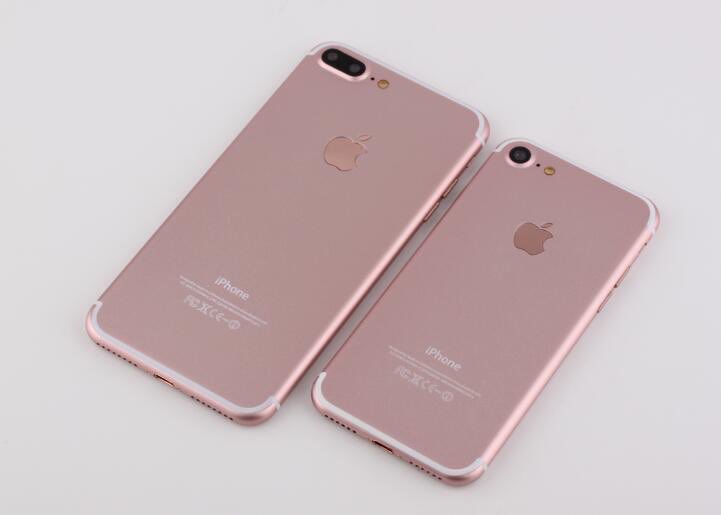 Bloomberg this morning ran a report which seemingly lends credence to earlier rumors that the next iPhone may include a pressure-sensitive Home button with Force Touch haptic feedback akin to the MacBook trackpad, in addition to improved low-light photography, cleaner antenna bands, iPhone 6s-like design, no headphone jack and more.

“Apple Inc. is preparing to unveil successors to the iPhone 6s and iPhone 6s Plus as early as next month with more advanced photography capabilities and upgraded hardware in a design similar to that of last year’s models,” read the report.

According to unnamed sources, the standout features of the forthcoming devices are a dual-camera system on the 5.5-inch model, a re-engineered Home button that responds to pressure with haptic feedback and the removal of the devices’ headphone jack.

The 5.5-inch iPhone 7 Plus (or ‘Pro’ model) is expected to have a dual-lens camera and Bloomberg tells us how having two lenses will improve your photography. The two sensors will each simultaneously snap up a picture, each capturing color differently.

The software will then fuse those images into a single brighter shot with more detail, especially for shots taken in low-light environments, according to a person “who has used a prototype version of the upcoming device.”

“The combination of the merged photos from the two camera sensors also allows users to zoom while retaining more clarity,” the source added, likely hinting at optical zoom capability, a first for the iPhone’s camera.

An updated Home button for the new iPhones will no longer be mechanical.

Instead, the report describes it as a pressure-sensitive button that provides feedback to the user via a vibrating haptic sensation rather than a true physical click, similar to that of the trackpads on the latest MacBook line.

Cleaner antenna bands and other perks

Bloomberg also reaffirms the notion that the iPhone 7 will look similar to the iPhone 6/6s series, with a few visual tweaks like the removal of the two innermost antenna lines that run across the back of the current iPhones.

The story goes on to “confirm” other rumored features, like the demise of the 3.5mm headphone jack and a pair of speaker grilles at the bottom for stereo sound.