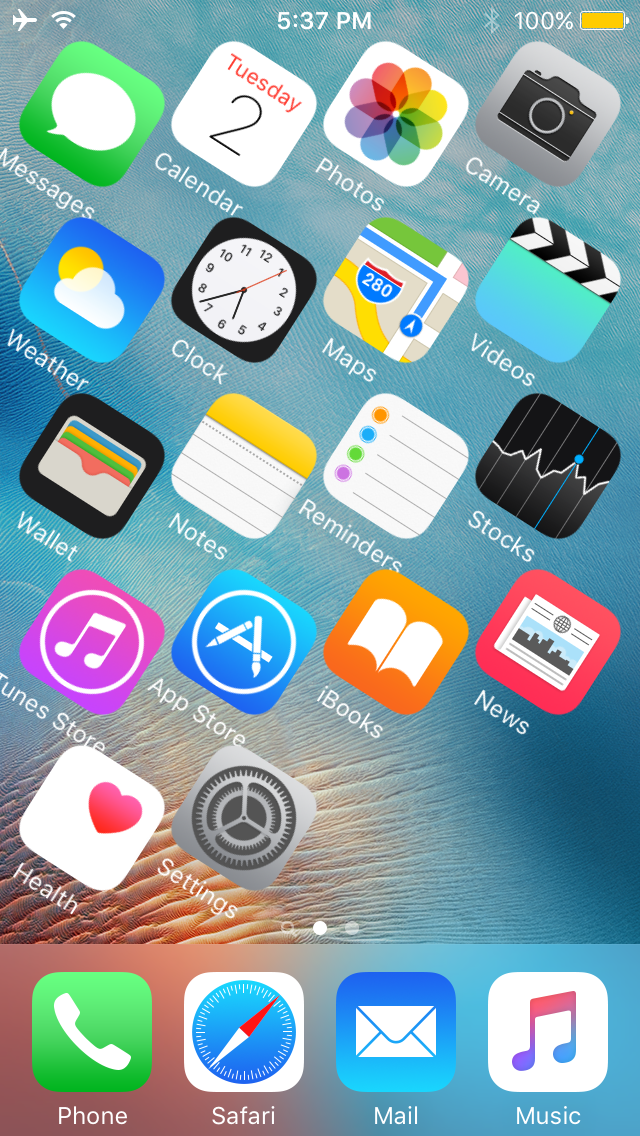 The Home screen is one one with few animations or any real liveliness. This has been one of the greatest complaints of iOS since its inception. Nevertheless, the jailbreak community has always, and continues to this day, to attempt to improve the liveliness of the Home screen in iOS.

With a new jailbreak tweak called Anilaunch, you can have your Home screen‘s application icons animate in various ways from doing various things. In this review, we’ll touch on what the tweak is capable of.

I know what you must be thinking: “oh boy, another tweak that’s going to make things move all over the place and drain my battery.”

But you can go ahead and just leave that mindset behind, because Anilaunch is incredibly battery efficient and it’s not overbearing by any means. In fact, you can customize it to your personal liking so that you don’t have to worry about over-animating anything.

The tweak is designed to animate your Home screen icons based off of various actions that you take. Among those are: 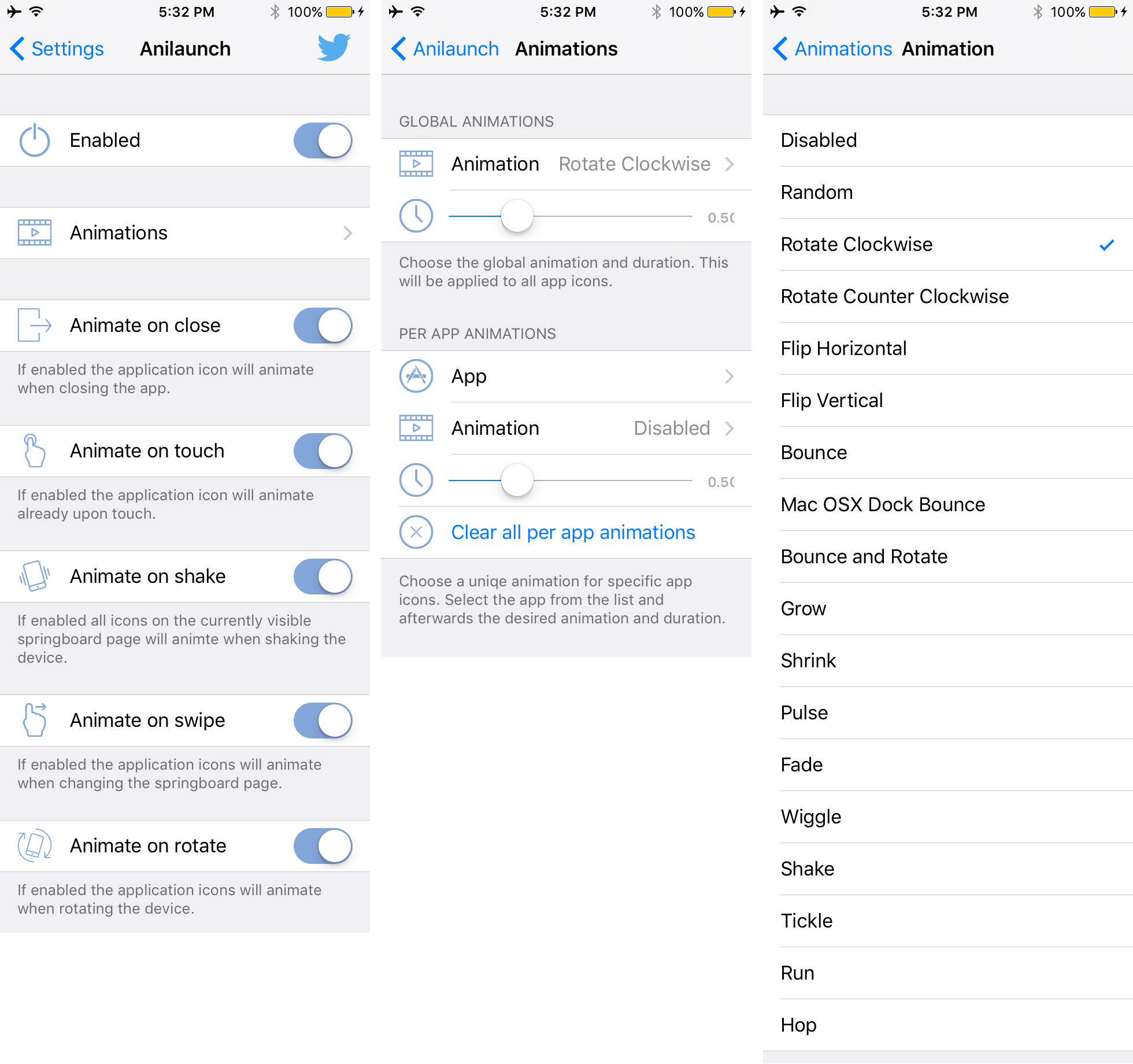 Among the animations you can pick from are:

Although we can’t demonstrate all of the animations for you in the interest of time, we can show you this example of an animation being applied to all apps and working when we open/close apps and swipe through pages:

As you can see, it’s nothing overwhelming, and because the animations are nice and quick, they won’t get in your way either.

As I just get back into jailbreaking with the new iOS 9.3.3 jailbreak from Pangu, I certainly think that Anilaunch is a great way to animate the Home screen and add some liveliness. The fact that you can configure the tweak to the depths that are provided means that you can really go to town on giving your device a personal spin.

Moreover, I really like how easy on battery life the tweak is. Despite the fact that the animations are polished and well-done, they hardly eat into your GPU at all. They are also so momentary, that they’re not going to impact your device’s performance at all. They don’t get in the way of using your device or launching apps.

If you want to give your device a personal touch, I think that this tweak works very well for that. Although the paging animations aren’t as pretty as a well-known jailbreak tweak called Barrel, this tweak does do something Barrel cannot, and that’s apply animations to individual apps when launching and closing them, in addition touching your screen and shaking your device.

Anilaunch is a great jailbreak tweak to try on your new iOS 9.3.3 jailbreak for animating your Home screen and it’s going to liven things up a bit, taking you away from that stock, bland Home screen experience that all iOS users are accustomed to by now.

The developer notes in Cydia that the tweak works with iOS 8.0 and later, and it’s available in Cydia’s BigBoss repository right now for $1.49.