Google Translate is a very useful tool when you deal with pages or people that may write in different languages than your own. With it, you can immediately translate text from one language to another.

One of the great features of the Android platform is the Tap to Translate feature that lets you translate text from anywhere, and with a new free jailbreak tweak called Tap to Translate, you can now have this feature on your iOS devices as well.

How Tap to Translate works

With Tap to Translate, all you have to do is find something in another language that you wish to translate into your own. For my example, I’ve visited a Spanish website. Because I speak English, I want to know what the Spanish site says, so I can use Tap to Translate to quickly get an idea of what the website is trying to say.

Simply highlight the text that you wish to translate, and then tap on the Copy button, and you’ll immediately see the loading circle in the Status Bar. Seconds later, the Tap to Translate floating buttons appears, and you can tap on it to see a translation made from Google Translate: 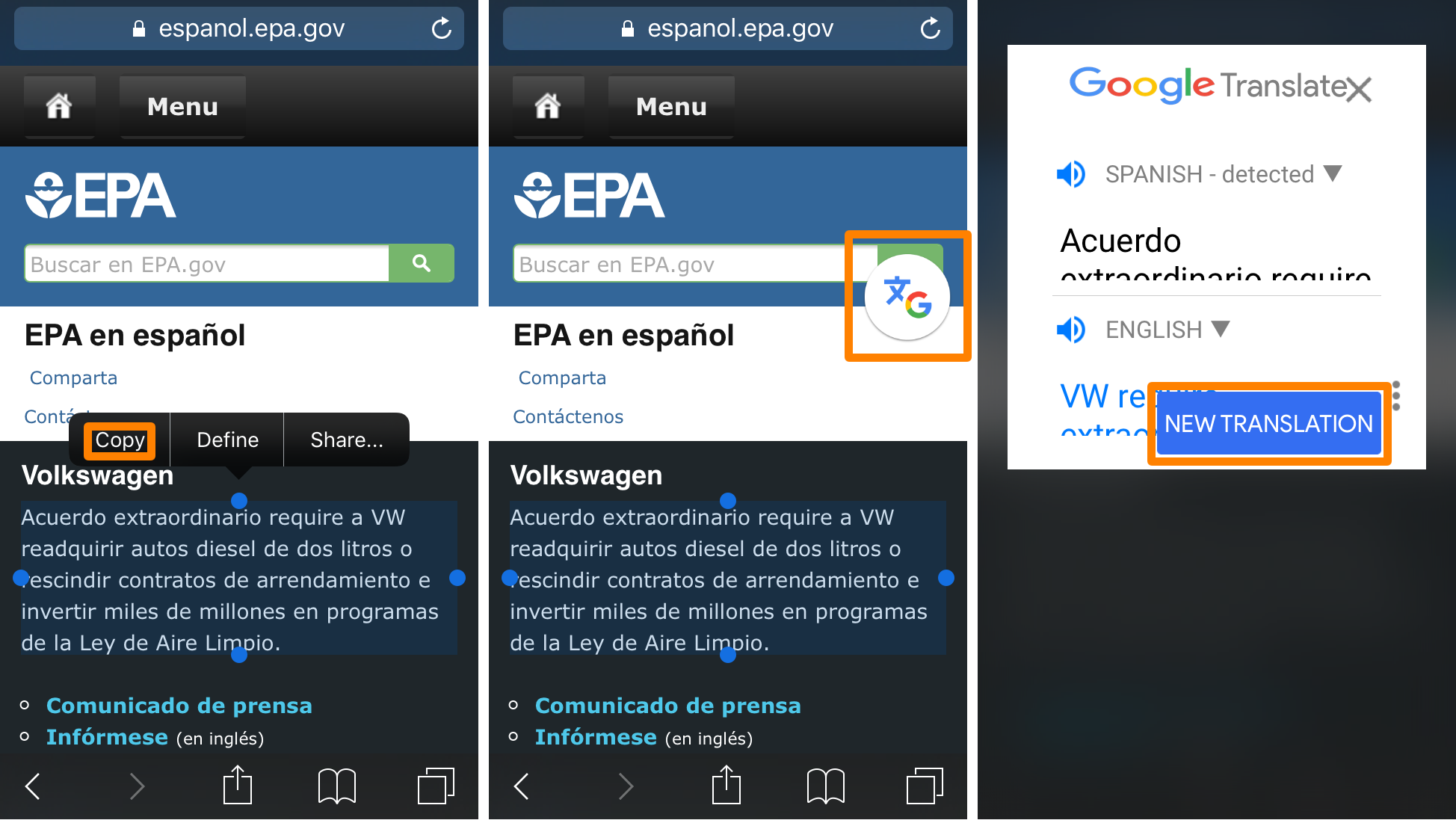 You can tap on the New Translation button if you want to, but it’s optional. I did to get it out of the way, and it cleared the Spanish text from the interface, but the English translate remained: 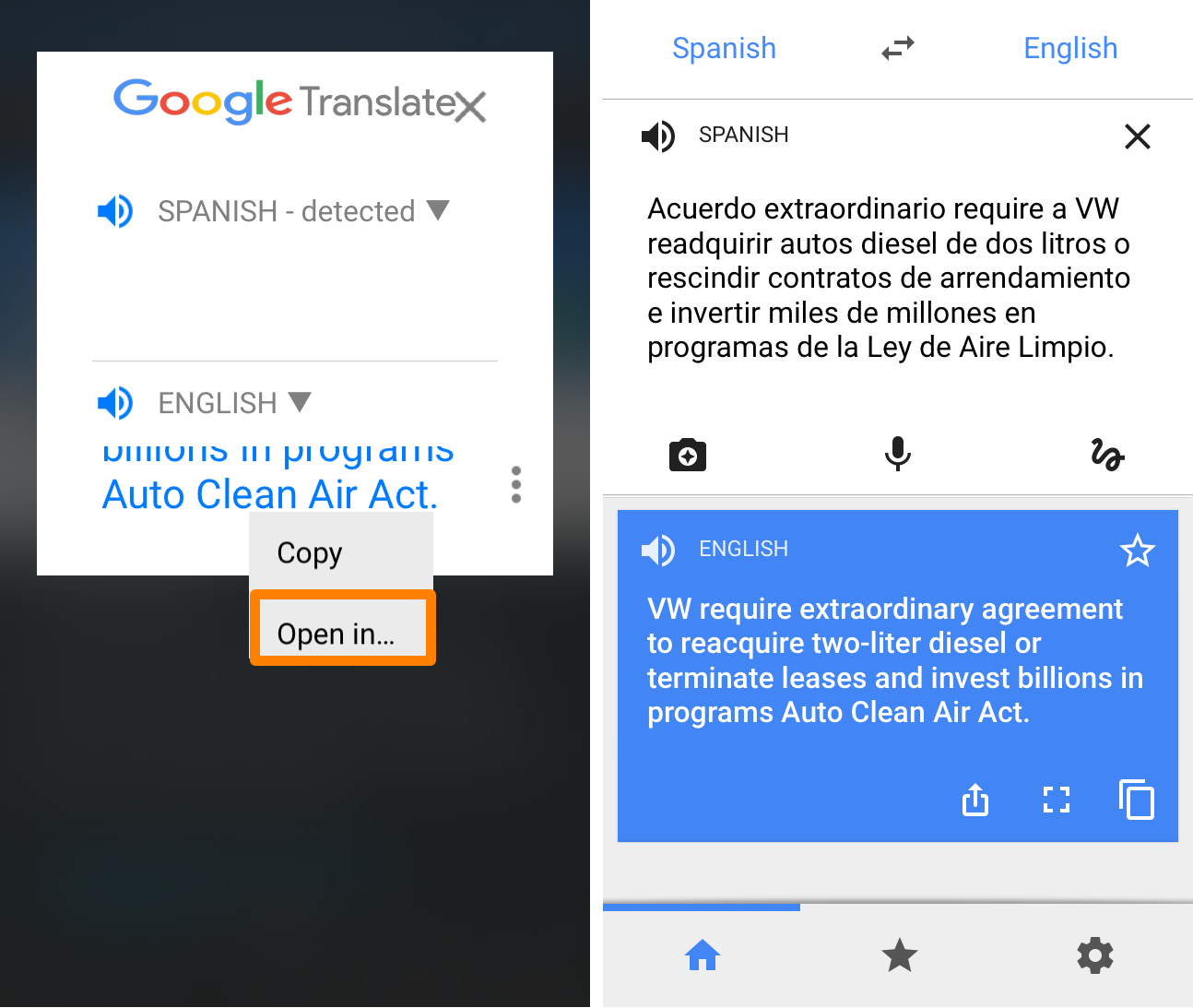 Afterwards, I was able to tap on the three dots to the right of the English translation, and two options appeared: Copy and Open in…

By tapping on the Open in… button, my translation was opened in the official Google Translate app on my iPhone.

Other details about Tap to Translate

That’s a small thing to have to deal with, and the Google Translate app is plenty useful, so many people already have the app installed on their devices anyways.

Tap to Translate doesn’t have any options to configure either. Once you install it, and you have the Google Translate app installed on your device, you can immediately get started with using the tweak and it should work.

Additionally, it’s also worth mentioning that the developer has made the source code of the tweak available for all to see on GitHub, as it’s open source.

My thoughts on Tap to Translate

I think that the concept behind Tap to Translate is excellent. I like the idea of being able to translate text from anywhere in iOS, but I do think that the interface needs some polishing. It looks as though the tweak was certainly designed for larger displays, as things are a little cramped on my 4-inch display, as you can see in the screenshot example.

I love how the translate button doesn’t come into view until after you tap on the Copy button in the text-editing action menu because it’s nice not having a floating button around pestering you 100% of the time.

One of the things that I’m excited about is when I go on Twitter and I see a jailbreak developer’s Twitter account and they’re not speaking English, I can use this tweak to get a better idea of what they’re saying. I think this tweak will certainly be useful for a wide variety of people, especially since it doesn’t even require you to leave the app you’re in.

Tap to Translate is a useful new tweak that brings a feature of Android over to the iOS platform and can be downloaded for free from Cydia’s BigBoss repository right now. All versions of iOS are supported, including the new Pangu jailbreak for iOS 9.3.3.

You do need to have the Google Translate app, which is free from the App Store, installed on your device to use the tweak, but it’s a small price to pay since it’s already a useful app to begin with.

Will you be installing Tap to Translate on your jailbroken device? Share below!