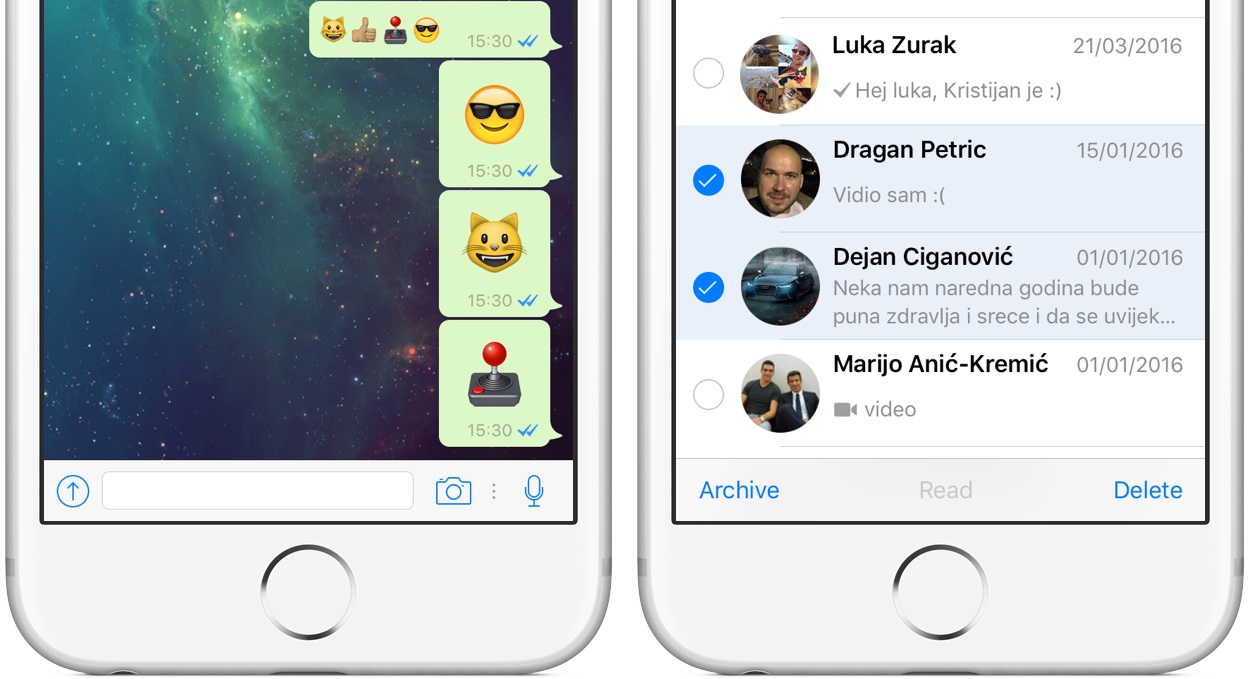 After launching a desktop Mac app in May, Facebook-owned WhatsApp today gave its iPhone application a little love with a new version now available on the App Store. WhatsApp 2.16.7 for iPhone includes three times bigger emoji when sent alone, a feature also found in iOS 10’s Messages app. In this release, you can now zoom when recording videos within the app and select multiple chats to quickly archive, delete or mark as read.

Plus, thanks to under-the-hood tweaks chats now open a lot faster than before.

On iOS 10’s Messages app, emoji characters are rendered three times bigger when sent alone. On the previous version of WhatsApp, only the heart emoji was rendered bigger if sent alone, but the new version will now display any emoji three times larger—again, if sent alone, one at a time.

As mentioned, you can now zoom when recording videos in WhatsApp: just slide the finger up and down in the WhatsApp camera to zoom in or out during video capture. You’ll also notice that tapping the Edit at the top of the Chats tab now lets you select multiple chats to quickly archive, delete or mark as read.

Grab WhatsApp for free on the App Store.