Earlier in the week, BBC announced launch of a brand new personalized content portal with a new BBC+ app on the UK App Store.

The iOS and Android app, iPlayer Radio includes content from Radio 1 through 6, as well as the World Service and all of the company’s feeds. It supports background playback and offline listening of BBC podcasts.

The app also delivers a daily schedule, curated collections of past content, a built-in alarm clock and other perks. This marks the first time the iPlayer Radio app and service have been available to people in the United States.

Key highlights of iPlater Radio include the following:

The BBC iPlayer Radio app has been downloaded over ten million times in the United Kingdom since launch in 2012. The English-language BBC World Service has an impressive audience of 66 million listeners globally.

Download BBC iPlayer Radio at no charge from the US App Store.

With the new BBC+ app, available to people within the United Kingdom, BBC is making it easier to customize all things BBC, from television and radio to online-only content. Users can choose their preferred content from a list of regional and national news, sports, gaming, science, music, business, politics, health, food and more. 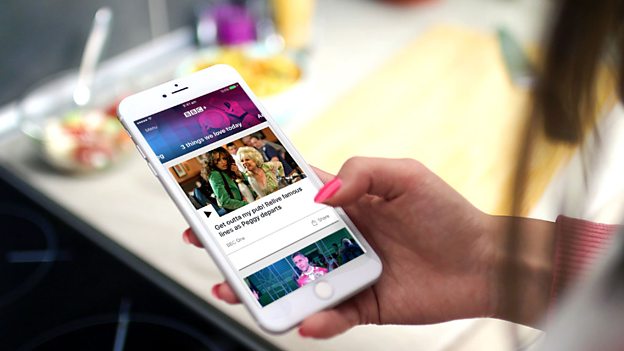 Based on your preferences and with a little help from algorithms and human curators, the app helps fulfill BBC’s vision for customizing public service broadcasting. “This is just the start for us, and over time the app will evolve and add new features based on user feedback,” said the head of BBC+ Paul Owen.

BBC ensures that any data it collects is only used to surface content relevant to you along with any hidden gems that you might not otherwise have found.

“We’ll put you in control over how we use your data and be open and transparent about what we’re using your data for,” said BBC. “You will always be able to change or delete it.”

Download BBC+ for free on the UK App Store.