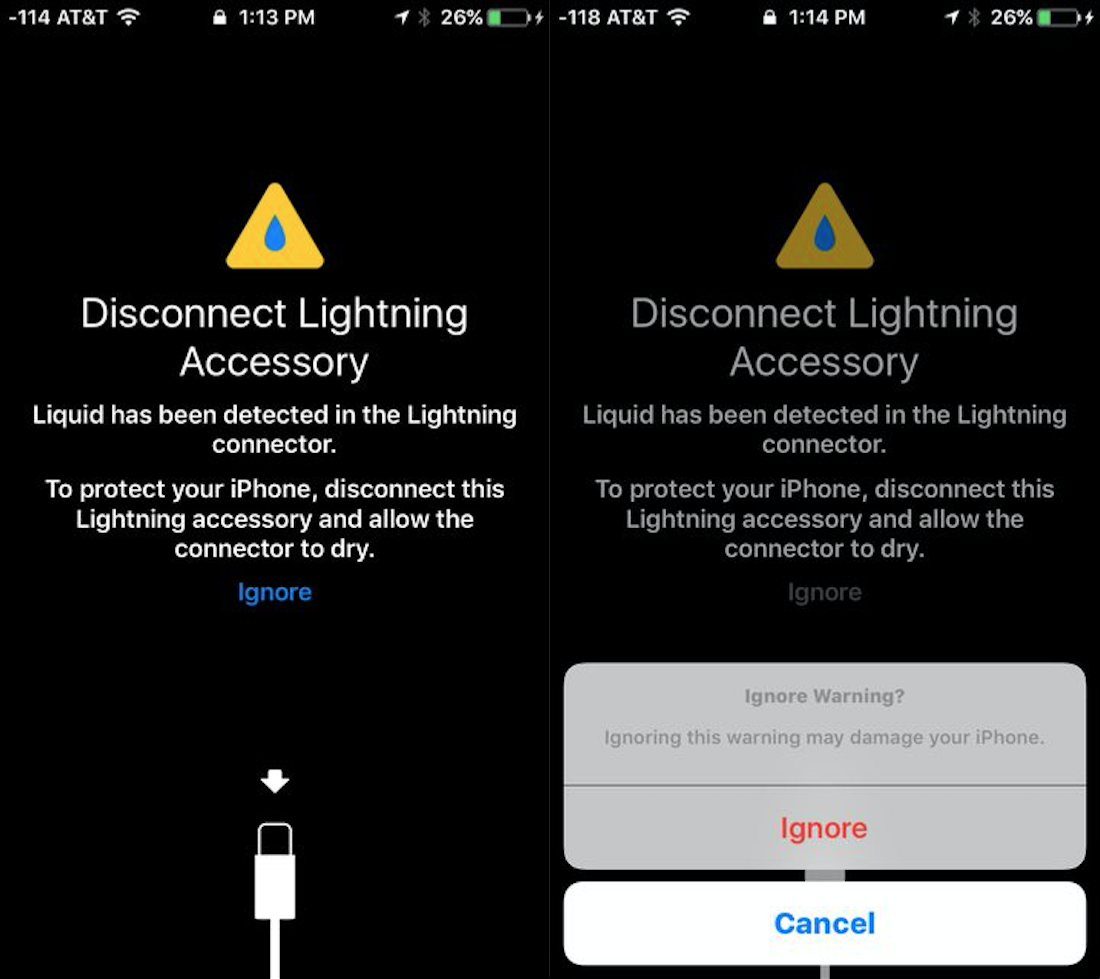 It appears that Apple has added a feature in iOS 10 that can detect if there is liquid in your device’s Lightning connector. As seen in the above images, posted to Reddit by u/lucioghosty, if liquid is detected, iOS 10 warns you to keep the port clear until it dries.

The alert takes up the full screen, and apparently stays until you either disconnect whatever Lightning is plugged into the port, or you tap the Ignore button. Note that tapping Ignore pops up another warning saying, “this may damage your iPhone.”

It’s unclear which iOS 10 beta version this feature was introduced in, and which devices will support it. The original Reddit poster noted that he was running iOS 10 beta 3 on an iPhone 6s, and others in the thread reported seeing it on the newer iPhone SE.

So what does this mean? Well iPhones have long had chemical strips to detect water damage, but this is obviously going to be much more helpful to users. Some have also speculated it may be related to the iPhone 7, which is rumored to be waterproof.

We haven’t worked up the courage to test this feature on our own devices, but if you happen to get this alert, let us know what device and beta you are on down in the comments below.