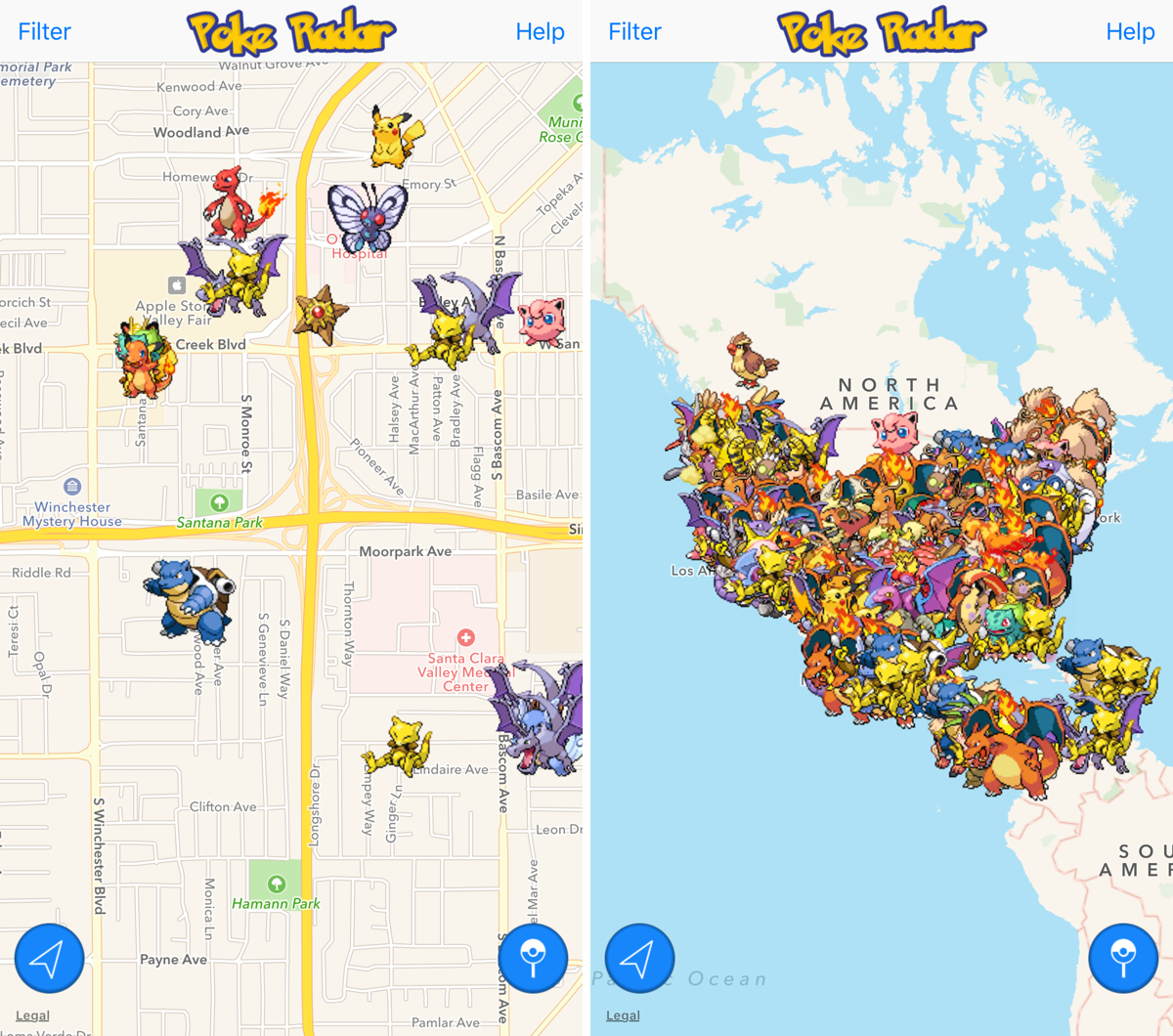 Pokémon GO took the mobile device community by storm, and already, it has launched in several countries.

The game, which allows you to capture Pokémon in what’s known as a virtual reality experience, gets players up and moving to find random spawns of Pokémon throughout their town or city.

But not everyone is having the best of luck finding the Pokémon they want, so in came a slew of apps to help out…

For those that find locating good Pokémon in the game difficult, developers have already started making apps that can help track down spawns of Pokémon and let you go them, rather than waiting for them to come to you.

One such app is Poke Radar for Pokémon GO, and it’s a free download from the App Store. This app lets players report existences of Pokémon on a map, so it doesn’t show all of the Pokémon, but it does show those from other app users.

When you launch this app, you’ll be able to see Pokémon spawns all around your area on an Apple map, and you can pinch to zoom all you need to in order to better pinpoint where to find them, as shown above.

When you find a Pokémon you’re interested in, you can tap on it, and you’ll see a small tag that shows the Pokémon’s name, and you can even tap on the small i button to view more information about it. 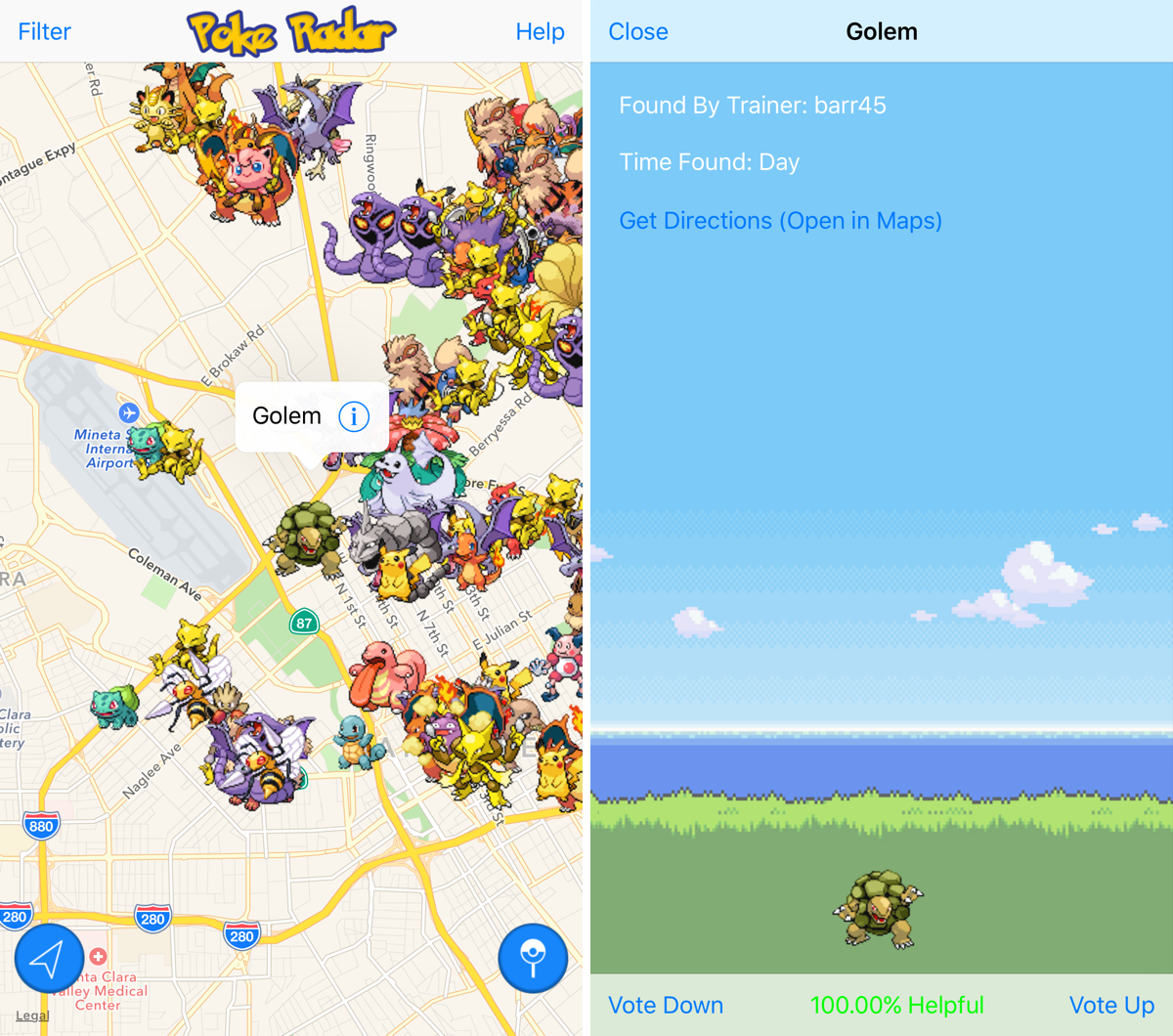 From the informational interface, you will see what Pokémon player found and reported the Pokémon location, when it was found, and you can even use Apple Maps to get directions to the Pokémon so that you can drive or walk to it to try and catch it.

You’ll also see that there are vote up and vote down buttons so you can leave feedback on the catch. Much like Geocaching, these buttons allow you to warn other players whether the claimed Pokémon existence is real or a hoax, and this helps the community by saving their time.

If you’re looking for a very specific Pokémon, then you can also use the app’s filter feature. In this case, we are able to scroll through a combo box list of Pokémon names, and when we select one (Charizard, for instance), we’ll only see the selected Pokémon on the map, and no others. 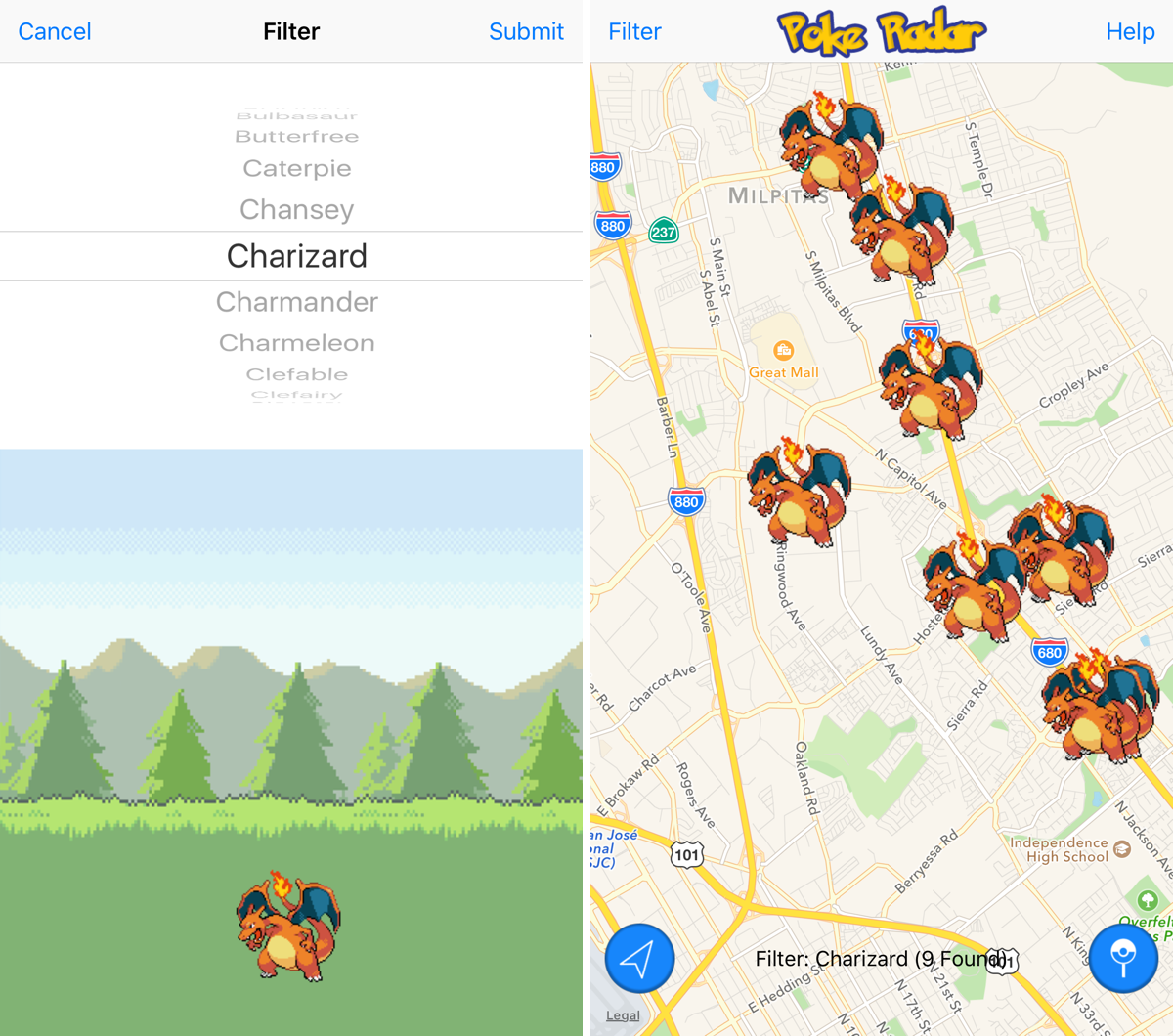 This is particularly useful for getting to you the individual Pokémon that you really want so you don’t waste time looking for them, although many are going to argue that this is all part of the game’s fun. So this is really a cheat for Pokémon GO, and should be treated as such.

Pokémon GO is a fun game for children, and even young adults, who grew up in the Pokémon era, but if you need a little help gathering the right Pokémon because you always seem to find the same old Pokémon in your area, then check out the Poke Radar app.

It can be downloaded for free from the App Store and, as you’ve seen, it’s very easy to use and comes jam-packed with features for the amateur Pokémon GO trainer playing the game.

Let us know what you think of the Poke Radar app in the comments below!