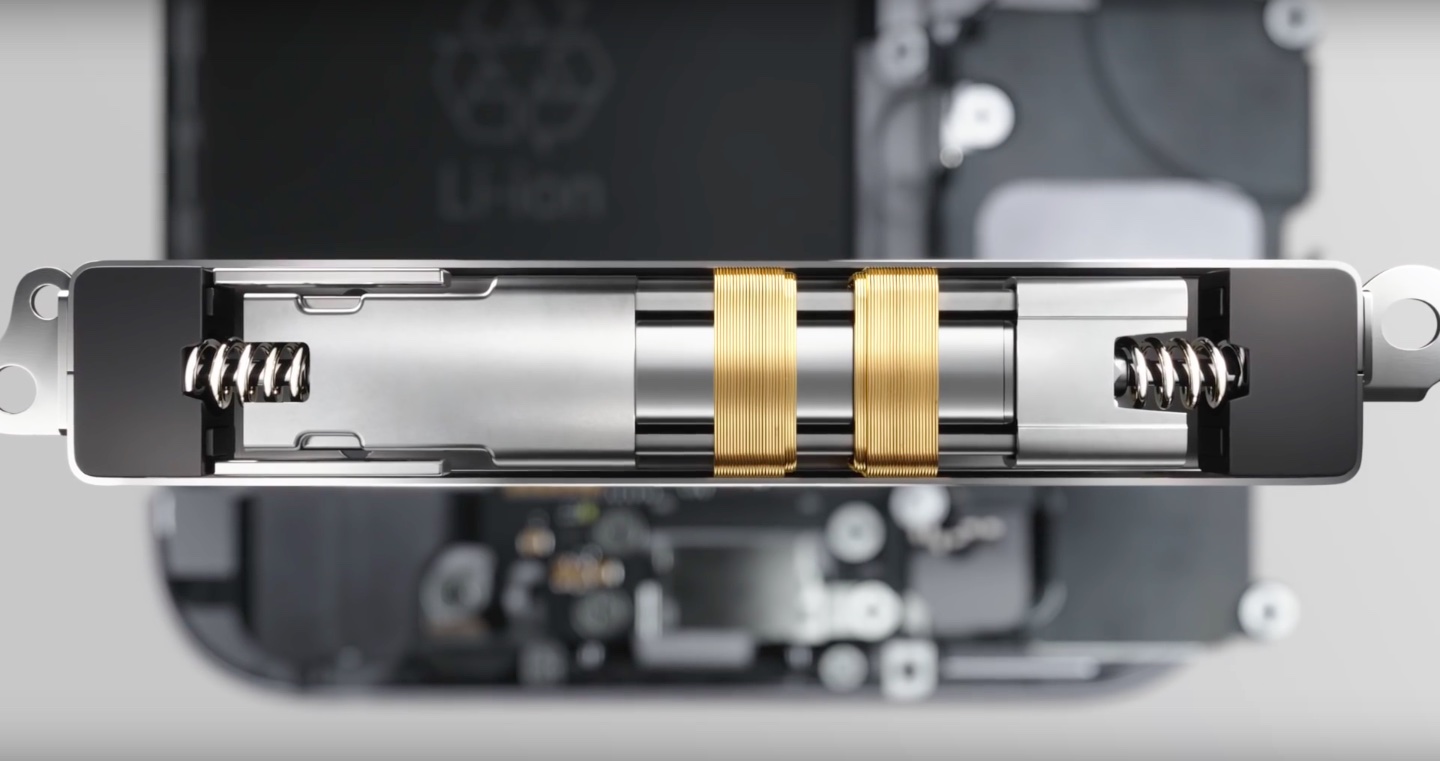 A new patent filing by Apple, which surfaced Tuesday in the United States Patent and Trademark Office’s (USPTO) database, provides yet another indication that Apple’s engineers continue work on perfecting haptic feedback in its products. According to the filing, the company has invented a multi-axis haptic feedback solution capable of producing vibrations in different directions, based on whether a user holds the device in portrait or landscape orientation.

Titled “Haptic modules with independently controllable vertical and horizontal mass movements”, the invention proposes using a pair of haptic modules instead of just one, each vibrating around its respective axis, depending on how the user is holding the device in their hand. The system would be able to produce a variety of haptic feedback effects not possible with today’s single-haptic modules.

A device’s central processor would control the two haptic modules. In one example, the processor selectively activates either the first haptic module or the second haptic module based on one or more events or conditions, “such as the current orientation or position of the electronic device.”

Patented by a guy who builds coffee machines

The patent application was originally filed for in February 2014, and credits Apple engineer Douglas Weber as its inventor. Weber spent some time on the iPhone and Apple Watch teams as a design manager before leaving the company in November 2014 to build specialized coffee machines.

This invention would help take a next-generation Taptic Engine to a new level.

Today’s Apple-designed Taptic Engine found in the iPhone 6s, Apple Watch and MacBook was designed to provide a limited range of distinct vibrations, depending on context, from gentle taps on the Apple Watch, to click sensation on the MacBook trackpad to various vibration patterns on the iPhone 6s series.