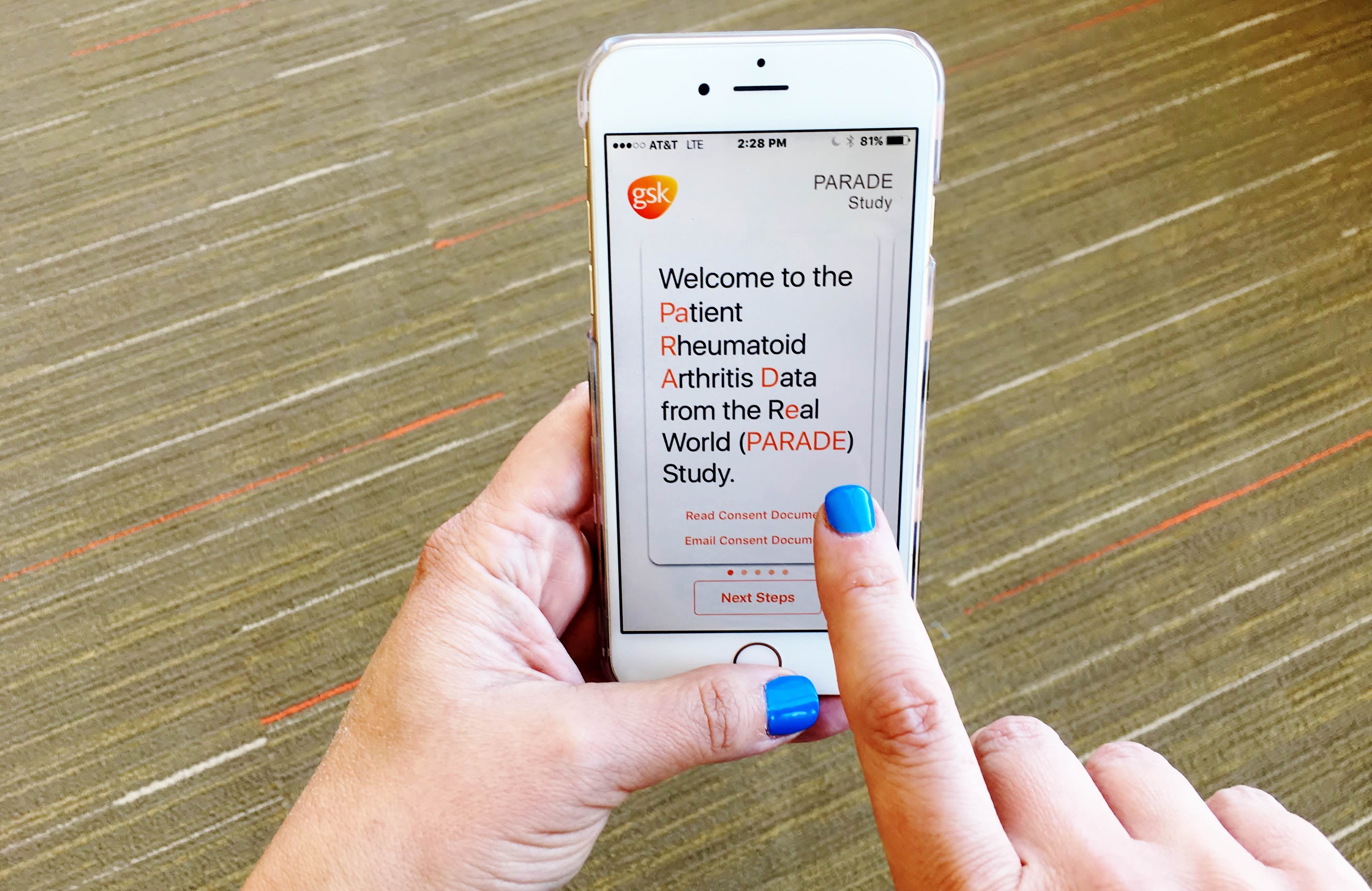 The app was designed to carry out the clinical study to collect and track common symptoms of rheumatoid arthritis such as joint pain, fatigue and mood.

Additionally, the study will track activity and quality of life measures for 300 patients over a three-month period. Like other ResearchKit projects, the app uses iPhone sensors to track common rheumatoid arthritis symptoms.

“Our goal is to engage with patients in a new way that integrates the research into their daily lives versus the traditional model that requires patients to travel to their doctors’ offices,” said GSK. This marks the first time GSK has used the ResearchKit framework, which released more than a year ago, to conduct clinical research.

ResearchKit allows medical researchers to gather data more frequently and more accurately from participants using an iPhone. In addition to ResearchKit, Apple’s new CareKit framework makes it easier than even for individuals to keep track of care plans, monitor their symptoms and medication and so forth, using downloadable iPhone apps.

For certain ResearchKit studies, Apple itself is listed as a researcher, collecting data from participants who consent to share their data so that “we can participate with the larger research community in exploring how our technology could improve the way people manage their health,” an Apple spokesperson told Mashable a while ago.

Download GSK PARADE app at no charge from the App Store.