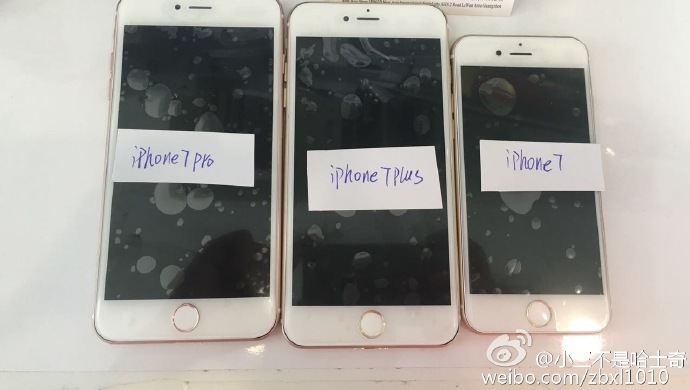 Dutch blog iPhoneabonnementen.com re-posted Monday some interesting new photos that allegedly show off a three-model iPhone 7 lineup consisting of the claimed ‘iPhone 7’, ‘iPhone 7 Plus’ and ‘iPhone 7 Pro’ models. The images were originally posted on Chinese social network Weibo by an unknown source and should be taken with a grain of salt.

Rumors earlier in the year said Apple would release a brand new ‘Pro’ model of its handset alongside the expected 4.7-inch iPhone 7 and 5.5-inch iPhone 7 Plus variants.

The alleged three-model iPhone 7 lineup can be seen top of post.

The frontside of the claimed iPhone 7 Pro pictured on the top photo looks identical to the regular iPhone 7 model, begging the question of iPhone 7 Pro features that would presumably entice would-be customers to opt for that model.

If I were a betting man, I’d say that the Pro model could feature an increased iSight camera resolution or a brand new screen based on OLED technology.

And here’s a purported image showing a regular 4.7-inch iPhone 7 model with a larger camera opening backside along with a curved camera ring appearance. 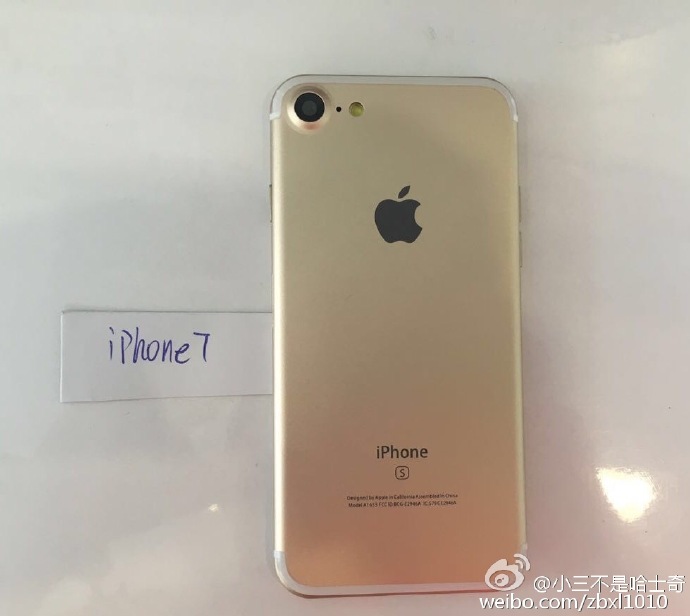 What’s up with the “S” branding on the back?

Since we’re speculating, let me remind you that a tenth anniversary iPhone in 2017 is said to be called ‘iPhone 8’ rather than ‘iPhone 7s’. Could it be that Apple will again apply the S-branding to this year’s iPhone after releasing the iPhone 6s and iPhone 6s Plus last September in order to make the transition to next year’s ‘iPhone 8’—I don’t know—more logical from a marketing standpoint, perhaps?

What do you guys make of this: real or fake?