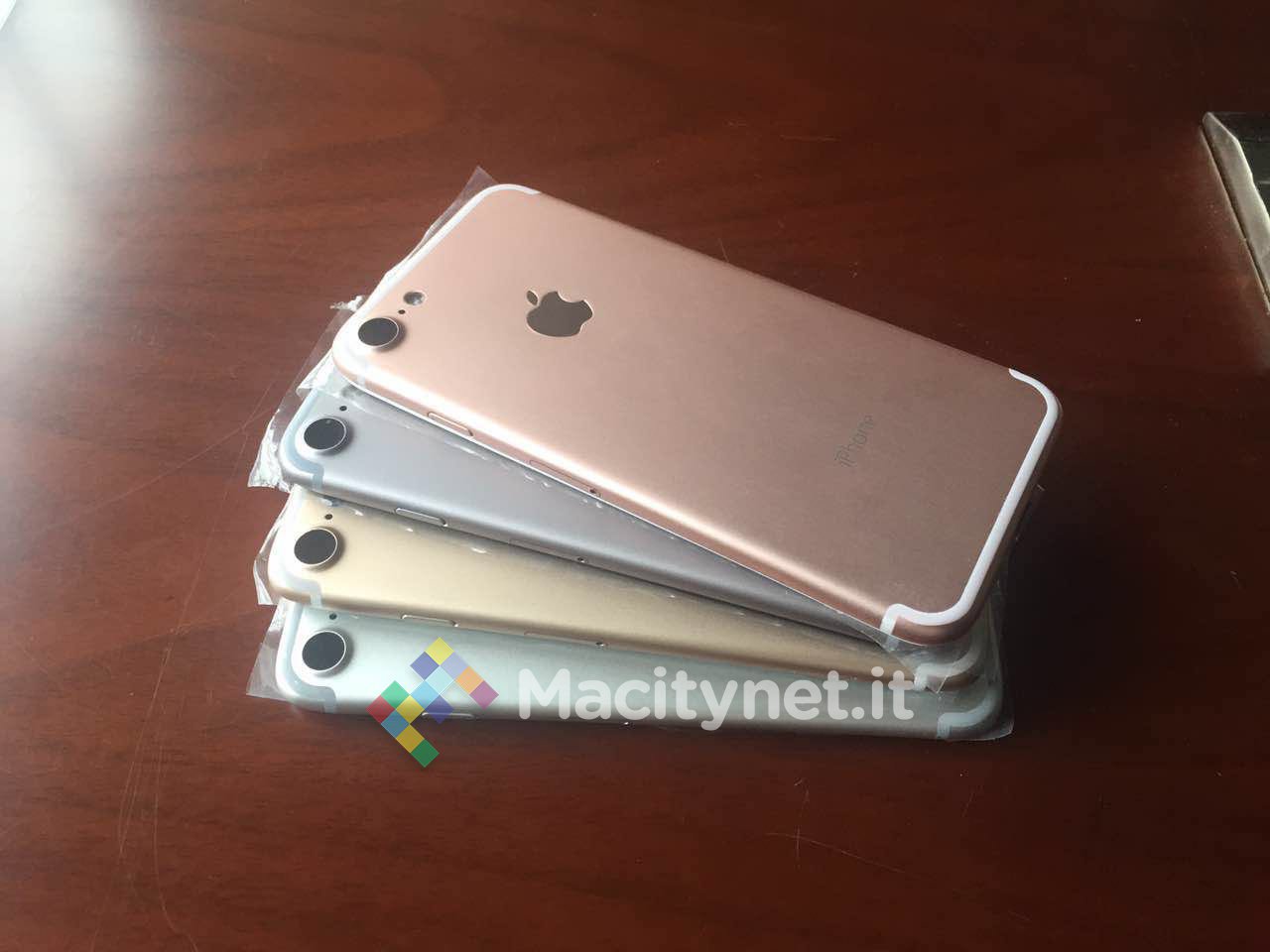 Italian site Macitynet.it posted this morning a photograph showing alleged 4.7-inch iPhone 7 case molds, giving us a decent indication what the upcoming handset may look like in Gold, Rose Gold, Space Gray and Silver finishes. If anything, the photo reaffirms Apple’s rumored design for the next iPhone with cleaner antenna seams and a protruding camera on the back, plus the four colorways.

Rather than running along the edges of the backplate, the controversial iPhone antenna lines appear more subdued cutting across the top and bottom of the device’s back, in line with prior rumors.

The photo was ostensibly obtained from a source at a third-party case manufacturer, which created these molds in preparation for the handset’s launch this fall. As such, the photo must be taken with a grain of salt because it doesn’t represent genuine parts that would normally leak from factories in Asia.

Curiously enough, a rumored iPhone 7 model in the Apple Watch-like Space Black finish isn’t shown, leading some watchers to speculate that Space Black may be exclusive to the iPhone 7 Plus.

Speaking of which, the 5.5-inch iPhone 7 Plus isn’t shown in today’s images.