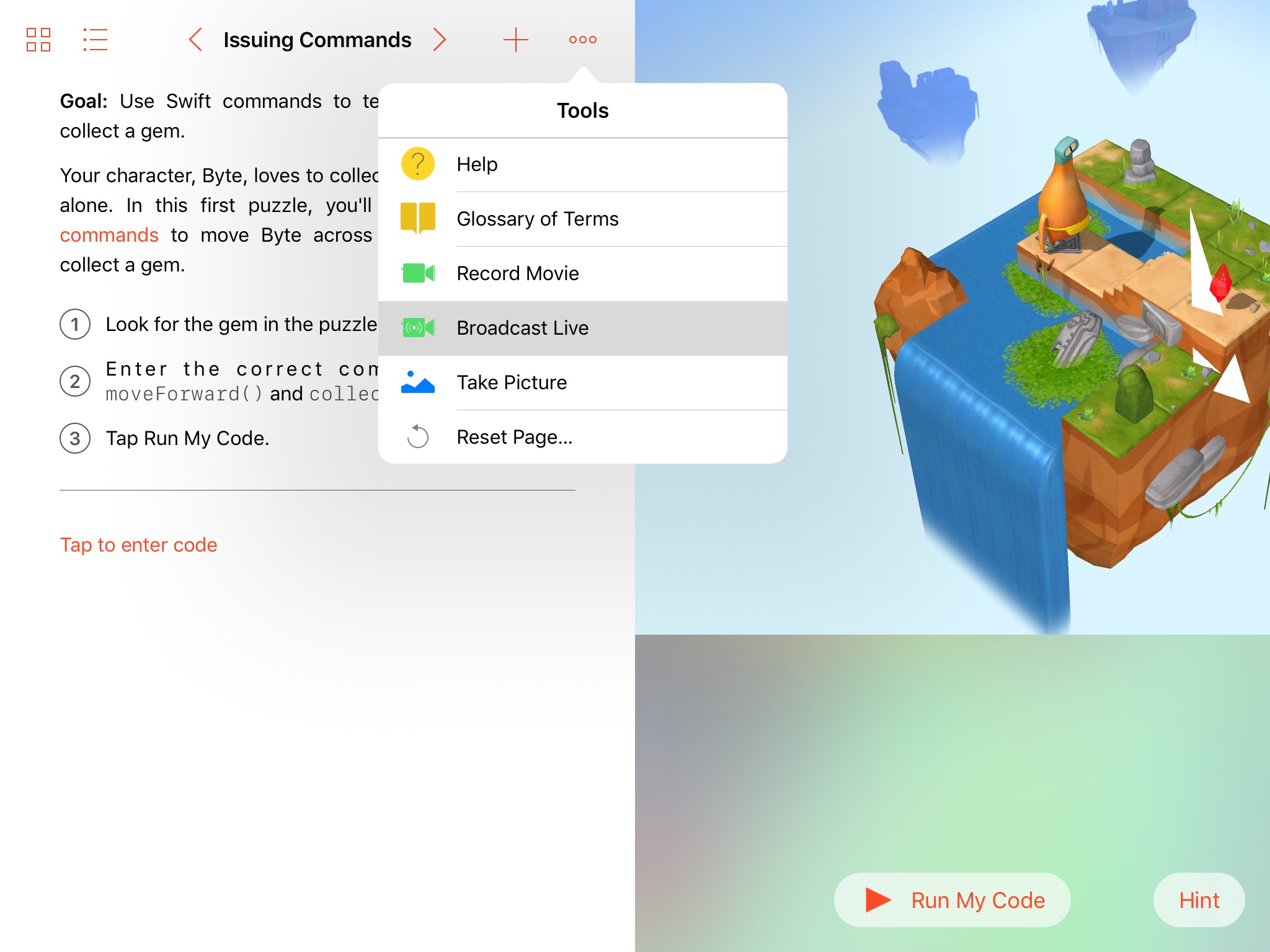 Live streaming support for third-party apps is among the 30+ developer-focused features Apple did not discuss publicly during the WWDC 2016 keynote. Realized through ReplayKit Live, a new framework on iOS 10 that lets players share gameplay recordings or broadcast live games to other players and viewers online, the feature was originally absent from the first beta of iOS 10.

iOS 10 beta 2 turns on this functionality and, as a Reddit post noted today, live-streaming can already be found in Apple’s Swift Playgrounds app for the iPad.

As evidenced by the screenshots, the Swift Playgrounds app puts up a prompt when live-streaming functionality is accessed for the first time. The prompt includes a Find Broadcasting Apps button which would presumably take the user to an App Store section that we reckon will be dedicated to apps with live-streaming support when iOS 10 launches this fall. 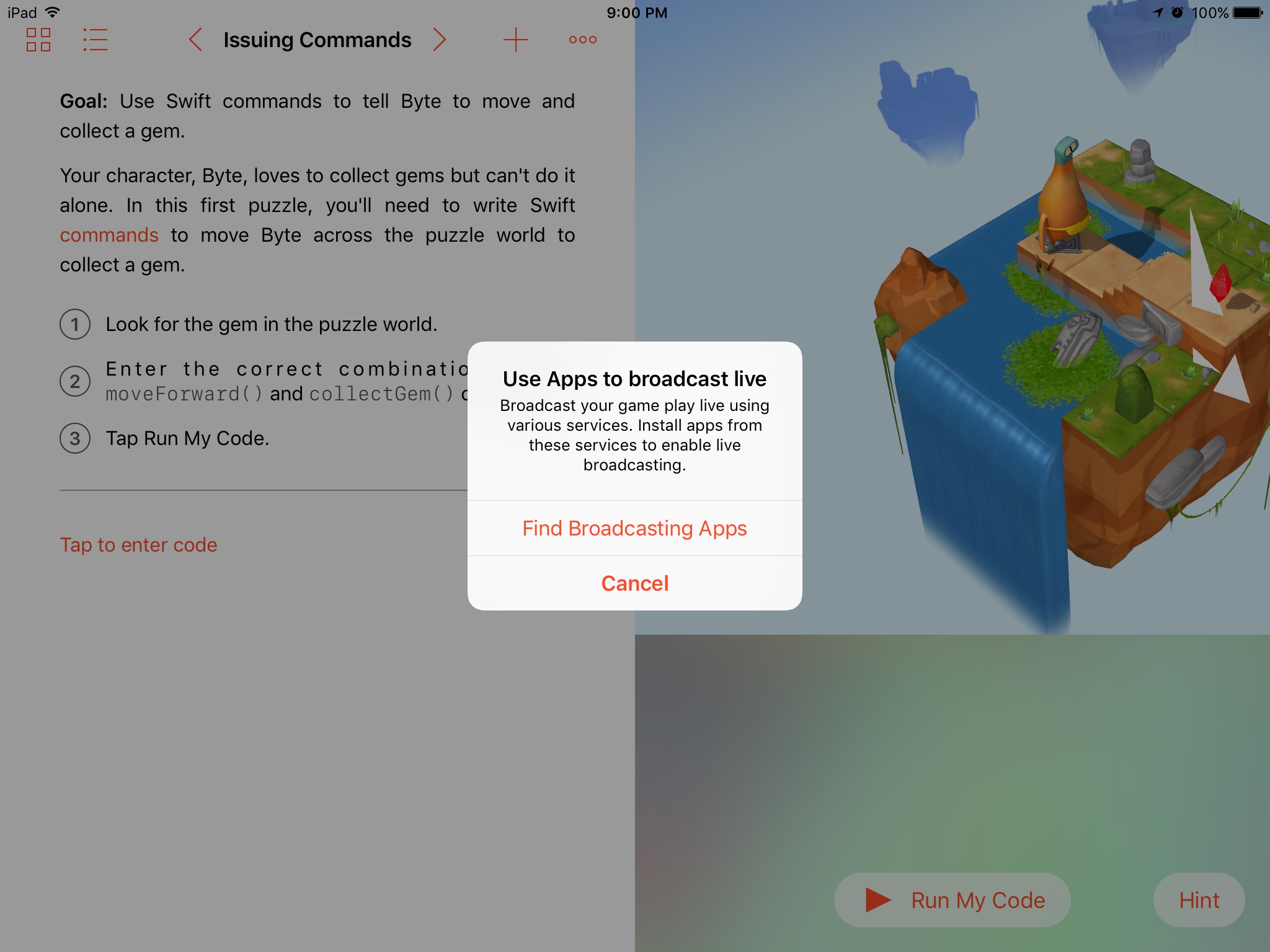 The initial version of the Swift Playgrounds didn’t include the live-streaming option, but it works after updating to iOS 10 beta 2.

It’s especially cool that live-streaming-enabled apps like Swift Playgrounds allow the user to pick from outside apps that allow broadcasting. Basically, any broadcast-ready service such as Twitch and YouTube and others should be available through other apps as long as it’s optimized for ReplayKit Live.

Of course, some games like Asphalt 8 have long integrated support for live-broadcasting on Twitch, but a system-wide solution via ReplayKit Live is much appreciated as it frees up developers to focus on other things while putting plenty of live-streaming destinations at users’ disposal.

Mobcrush, for instance, has already implemented ReplayKit Live into their app.

Live-streaming works only on iOS devices outfitted with 64-bit processors, like the iPhone 5s and newer, the iPad Air and newer and the sixth-generation iPod touch.

Live-streaming is the latest buzzword

ReplayKit Live is going to be huge.

Not only does live broadcasting can help build community and create new fans for apps and games, there’s also a huge massive market out there of people eager to watch gameplay footage in real time. ReplayKit Live can also be leverage for screencasts, marking the first time Apple fans will be able to live-stream anything on their iPhone’s screen right out of the box.

The Apple-provided APIs permits developers also use an iOS device’s microphone and front-facing camera to add their own video and audio commentary to gameplay footage. In addition to live-streaming via ReplayKit Live on iOS, Apple is bringing standard ReplayKit, which debuted with iOS 9 last year, to the Apple TV games.