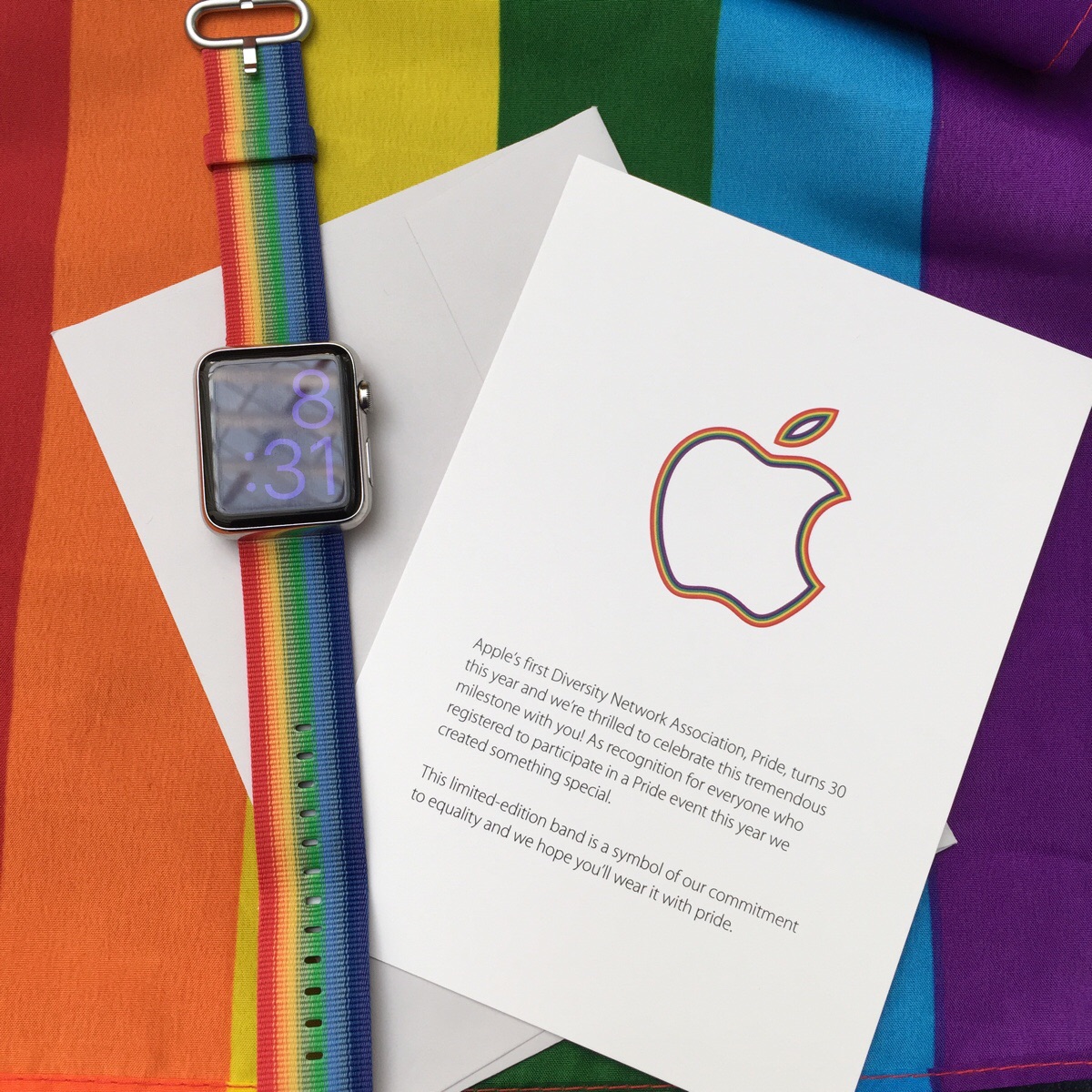 Showing support for gay rights, Apple employees who over the weekend participated in San Francisco’s LGBT Pride festival were treated to a custom rainbow strap for the Apple Watch. Reddit user ‘Sakusuhon’ kindly posted an image of the limited-edition rainbow-colored strap Apple included along with a greeting card to show its appreciation for those who attended the San Francisco event.

“Apple’s first Diversity Network Association, Pride, turns 30 this year and we’re thrilled to celebrate this tremendous milestone with you! As recognition for everyone who registered to participate in the Pride event this year we created something special,” reads the card.

“This limited-edition band is a symbol of our commitment to equality and we hope you’ll wear it with pride.”

Happy Pride to everyone who turned out this weekend to celebrate! #applepride #pride2016 pic.twitter.com/3GZlc9s6bl

Apple has always supported LGTB issues, even more so after its CEO Tim Cook came out publicly as gay. It wouldn’t surprise me if the company decided to offer this custom edition rainbow strap as a regular accessory option to people who’re in the market for an Apple Watch.