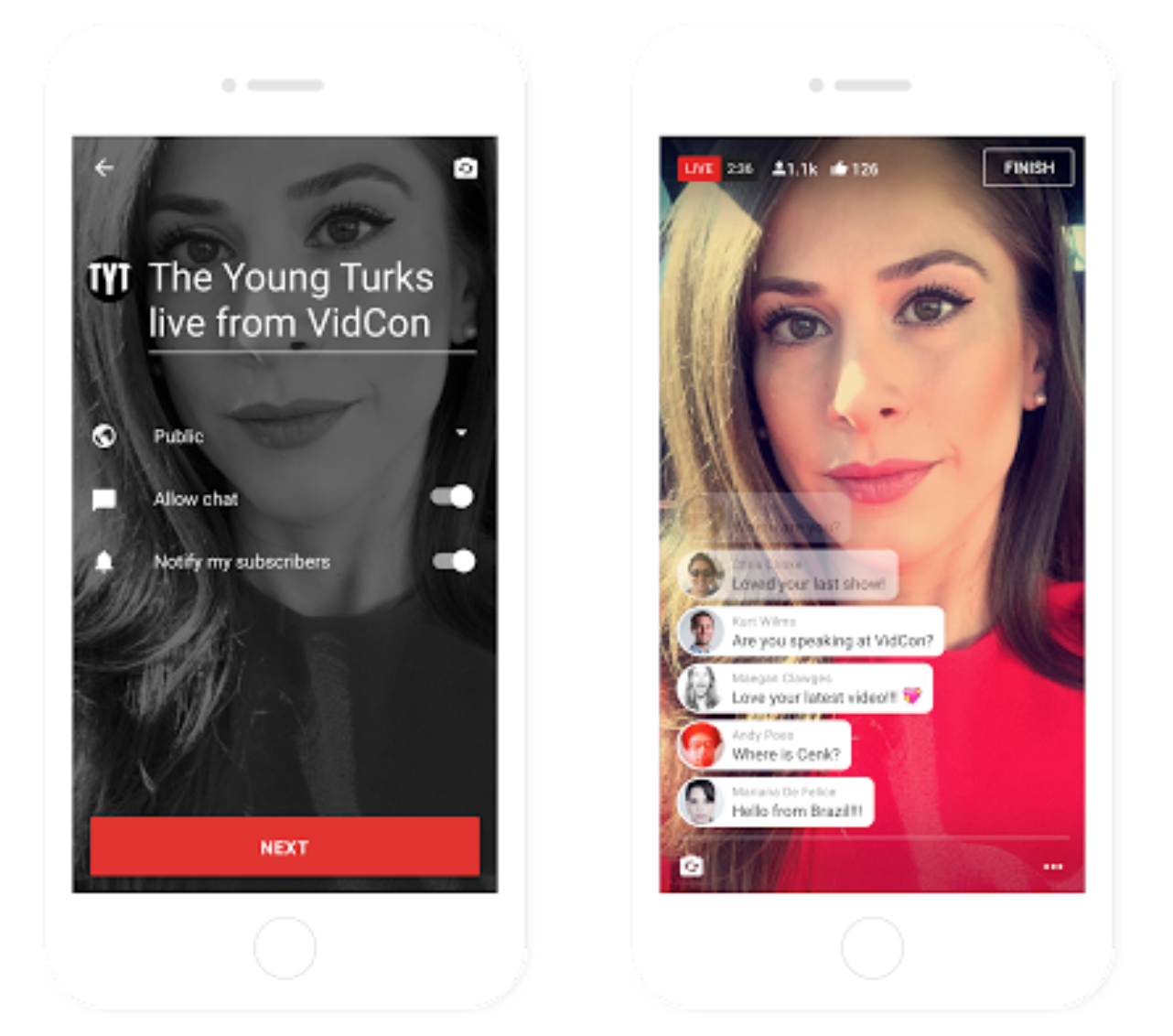 On Thursday, during its VidCon keynote address, YouTube announced that it’s updating its mobile app with a brand new live streaming option. This will allow users to easily broadcast and watch live video from within the app with little friction.

The feature will initially be limited to top influencers like The Young Turks, AIB and Alex Wasabi, but it will roll out more widely soon. Once it’s enabled, all you have to do is tap the big red capture button, select a thumbnail photo, and start rolling.

We’ve been offering live streaming on YouTube since 2011, before it was cool. Millions of people around the world tuned in to watch the Royal Wedding in 2011. One-sixth of the Internet watched Felix Baumgartner leap from space live on YouTube in 2012.

And just this year, we became the first to ever broadcast a 360-degree live stream during Coachella. Over 21 million people tuned in to watch Coachella on YouTube this year—almost twice as many as tuned in to watch the season finale of American Idol.

Today, we are announcing a new chapter in bringing the power of live video to creators everywhere. Soon, we’ll be putting the power of YouTube live streaming in the palm of your hands.

YouTube mobile live streaming will be baked right into the core YouTube mobile app. You won’t need to open anything else, just hit the big red capture button right there in the corner, take or select a photo to use as a thumbnail, and you can broadcast live to your fans and chat in near real time.

Because it’s built right into the YouTube app, mobile live streaming will have all the features your regular videos have—you’ll be able to search for them, find them through recommendations and playlists and protect them from unauthorized uses. And since it uses YouTube’s peerless infrastructure, it’ll be faster and more reliable than anything else out there.

With this rollout, YouTube (and thus Google) takes on veteran players in the live streaming space like Twitter’s Periscope, and Facebook—which has recently begun picking up some major traction. You can find the YouTube app in the App Store for free.