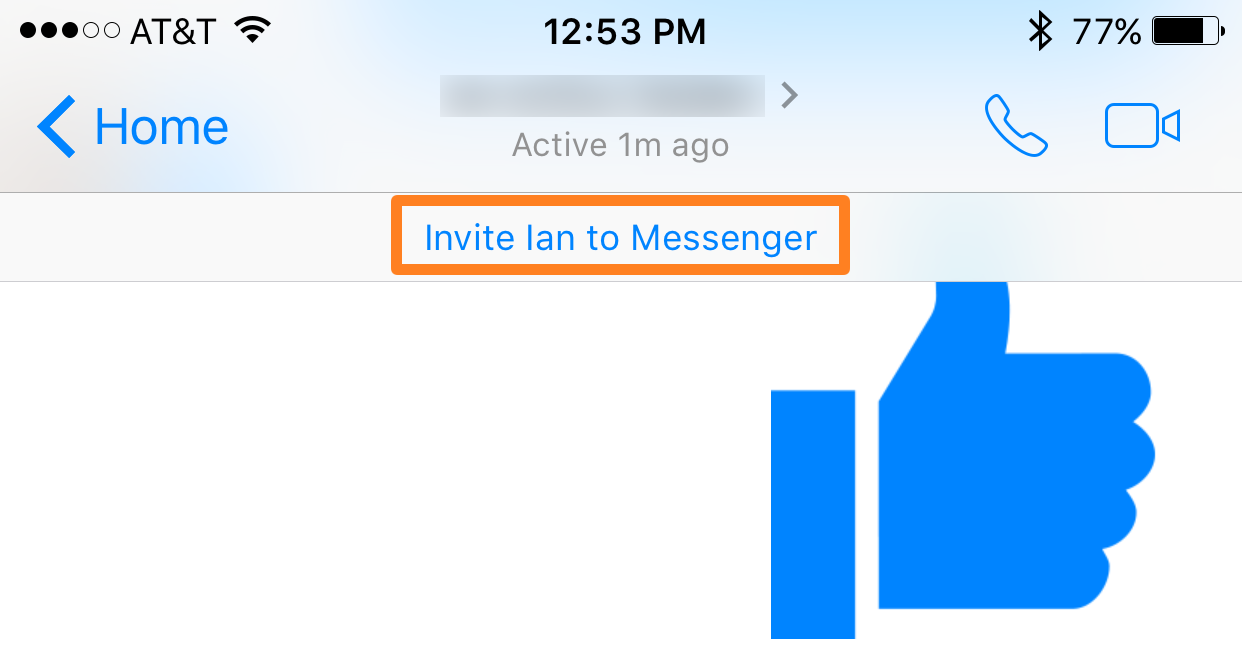 Facebook has been badgering its users to download the standalone Messenger app for as long as I can remember, and as it stands, even years after the change, users are still reluctant to download a standalone app for something that used to exist in the Facebook app itself.

NoInviteFBMessenger is a new jailbreak tweak that disables the “Invite [name] to Messenger” alerts in the Facebook Messenger app, and we’ll talk a little about it in this post.

When Facebook split its app into both a social media app and a messenger app, many users were angry, and there was even a jailbreak tweak made to re-enable messenger features in the native Facebook app itself.

The most recent Facebook app updates have killed this kind of functionality from existing, even with a jailbreak tweak, and as a result, many people have stopped using Facebook Messenger altogether because they just don’t want to have their Home screens cluttered with multiple apps for the same services.

Of course, this comes with a downside. Not only does Facebook bug you over and over to download Facebook Messenger from the App Store, but it also bugs the other people who are messaging you to invite you to Facebook Messenger, and it’s incredibly annoying for both parties.

Because Facebook Messenger doesn’t allow users to hide the annoying “Invite [name] to Messenger” alerts that appear at the top of Facebook Messenger conversations for anyone who doesn’t have the mobile app installed, the jailbreak community has come up with its own response.

Your friend may or may not have the Facebook Messenger app installed, and they might still get bugged to install it, but as long as you have this tweak installed, you won’t see any alerts in your own app.

Why it’s a problem

I’ve been using Facebook Messenger for years, but some of my friends absolutely refuse to download the mobile app because of the notifications and prefer to message me from the desktop website instead.

For these people, Facebook mostly disciplines me and not them by showing me the constant invite alerts. They may or may not see alerts of their own, but because they hardly use the mobile apps at all, it’s unlikely.

For whatever reason, Facebook finds it fit to bother me all because my friends don’t want to partake in their Facebook Messenger picnic party and I find that very obtrusive and, it goes without saying, annoying.

It’s kind of lame that you would have to install a jailbreak tweak to end this functionality, but the tweak does a really good job of eliminating it and sticking it to Facebook.

After installing the tweak, I no longer get those alerts, and I can use my Facebook Messenger app without distractions and have more screen space dedicated to messages, rather than a useless banner.

If you’re upset with Facebook Messenger always showing these invitation alerts, then you may very well benefit from installing this tweak. Of course, if you’re not jailbroken, there’s unfortunately no help for you at this point in time.

Since the tweak is free, you can always download it on your jailbroken device and try it with nothing to lose.

To put an end to Facebook’s annoying invitation alerts, which shouldn’t even exist to begin with in my opinion, try a new free jailbreak tweak called NoInviteFBMessenger. The tweak can be had from Cydia’s BigBoss repository and doesn’t have any options to configure.

Are you happy to see the jailbreak community come up with a way to get rid of these annoying alerts? Share in the comments!