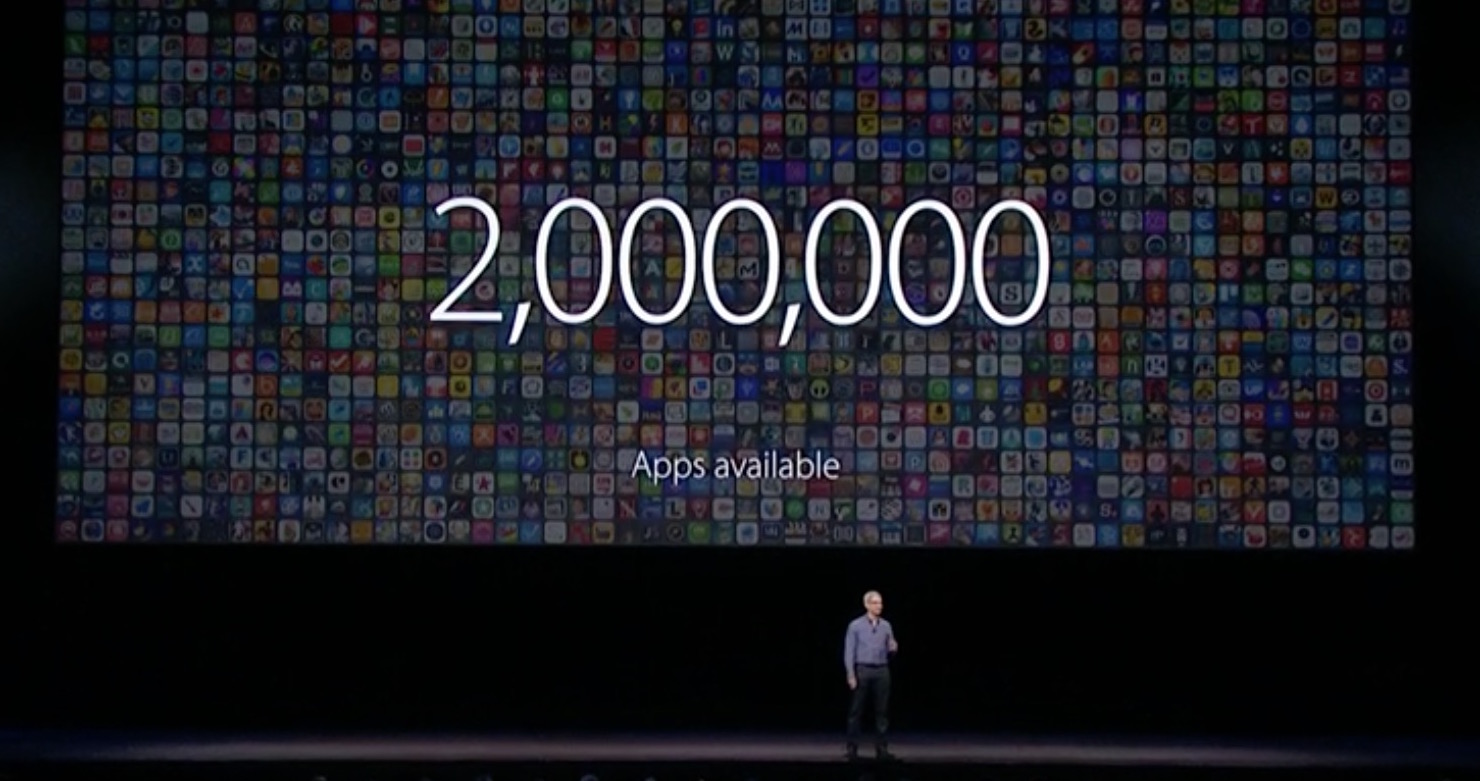 Apple’s long-awaited WWDC keynote is now in full swing, and as usual, CEO Tim Cook has taken the stage to kick things off. Cook began on a somber note, asking attendees to participate in a moment of silence for the victims of yesterday’s tragedy in Orlando, and then got down to business rattling off new stats.

Among the most interesting numbers the executive shared is that the App Store recently surpassed 2 million apps. In the most recent data Apple shared on app numbers, it was still around the 1.5 million mark, so this is a new development for sure. We’ve got some other interesting numbers for you listed below.