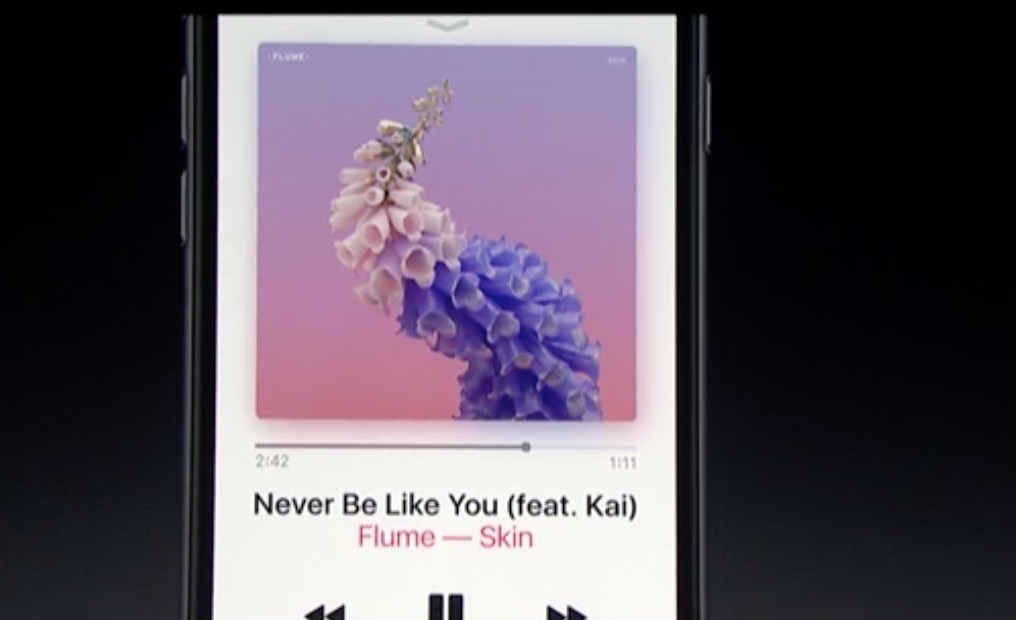 The beautiful new design language in a revamped Apple Music is now a reality. According to Apple, the first tab within the app is now Library that gives you quick access to your songs as well as your downloaded music. A new Recently Added section makes it easy to pinpoint new songs and albums you’ve added to your library.

Apple Music now has inline lyrics, which is pretty awesome.

The top of the For You tab now has a Discovery mix, a Recently Played playlist, a daily curated playlist in an obvious shot at Spotify and more. Content from the Connect tab is now integrated within the For You tab rather than live in its own tab. 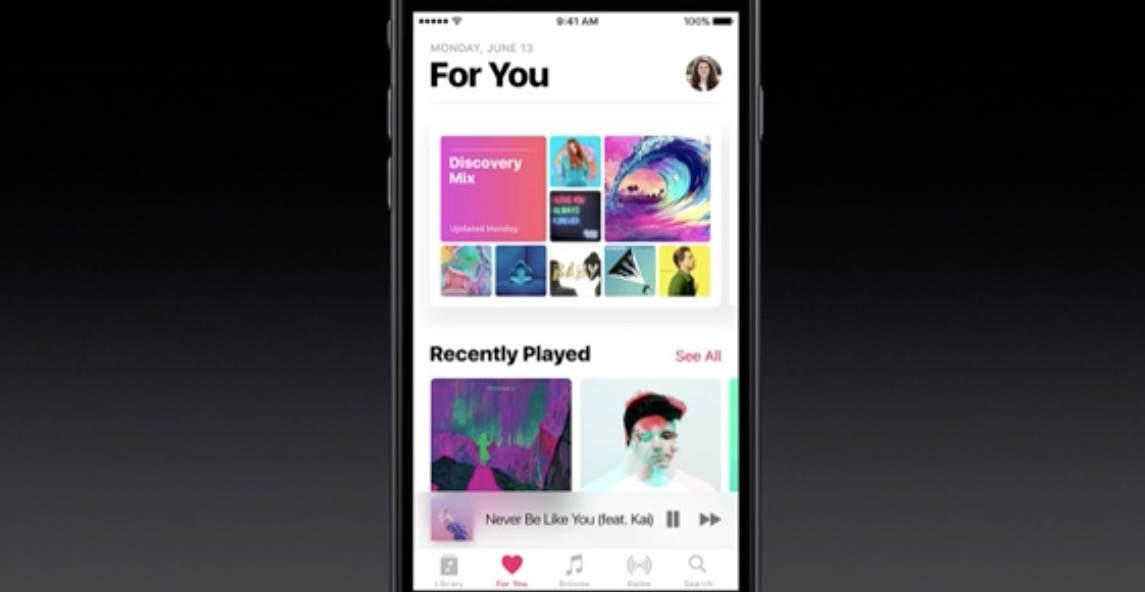 Unfortunately, even though the redesigned interface puts greater emphasis on larger photos and a redesigned Now Playing screen, there’s still too much of white space. Rumors leading up to the WWDC keynote said that Apple Music would switch to a darker interface.

What do you guys think so far?

Are you liking the new look for Apple Music? Does it feel rushed a bit? I’m still torn…