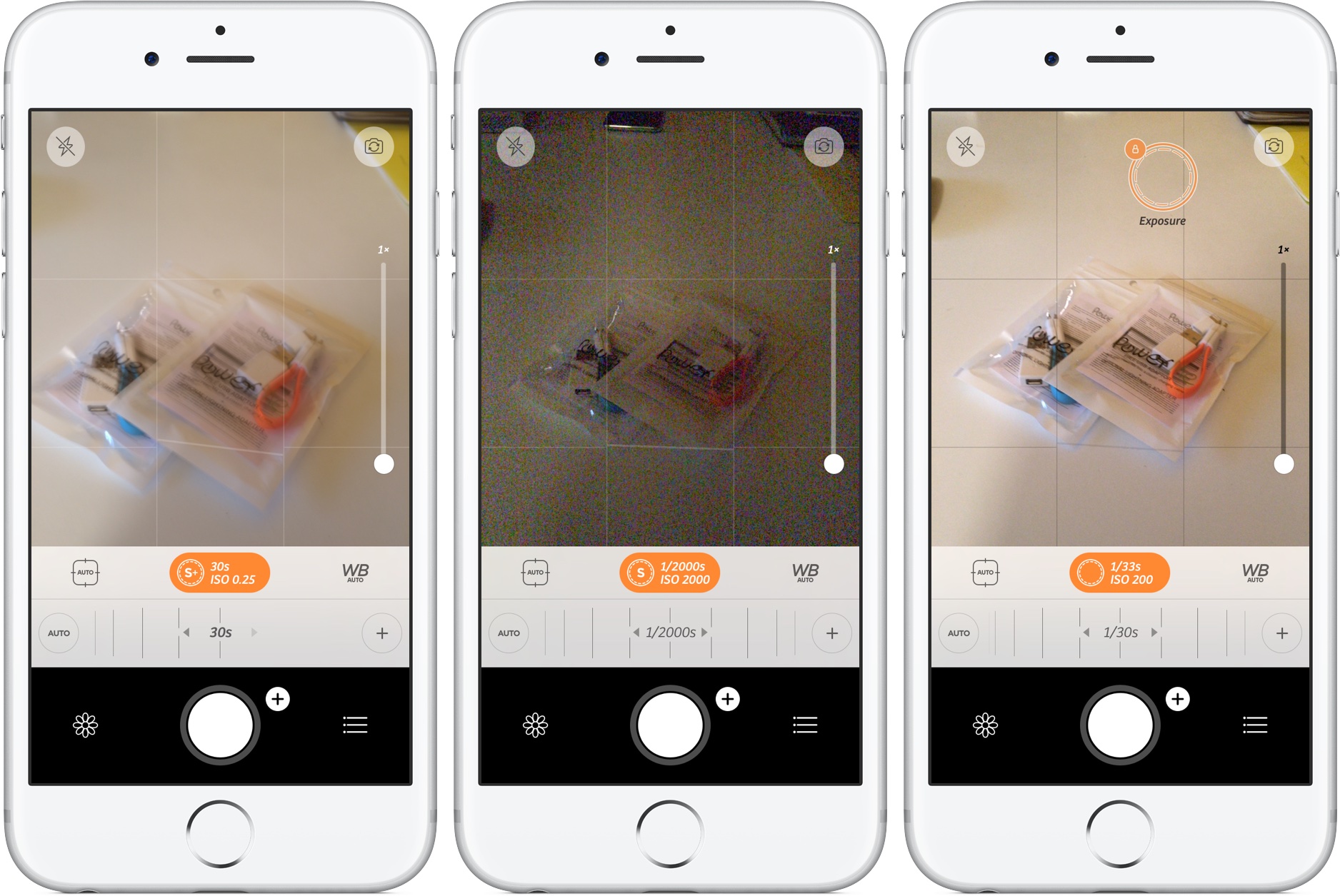 Camera+ by oddly named developer taptaptap, one of the longest-standing camera applications (and one of the best out there, in my personal opinion), has received a major refresh on the App Store.

Camera+ 8.0 packs in a slew of improvements such as an innovative slow shutter feature, an extended range of effective ISO values, a handy extension for easier sending of photos from the share sheet of other apps and more.

As evidenced on the screenshots top of post, Camera+ 8 gives you greater control over shutter speed and ISO ranges. You can now have the effective shutter speed as long as 30 seconds for some really cool photography effects, like taking creamy waterfall photos.

The ISO values can be now dialed down to some really low numbers to make it possible to take long exposure photos without having to resort to using things like ND filters to prevent your photos from blowing out.

“Please note that these new slow shutter and ultra-low ISO features require a decent amount of processing mojo, so these features aren’t available on the various flavors of the iPhone 5,” cautioned developers. 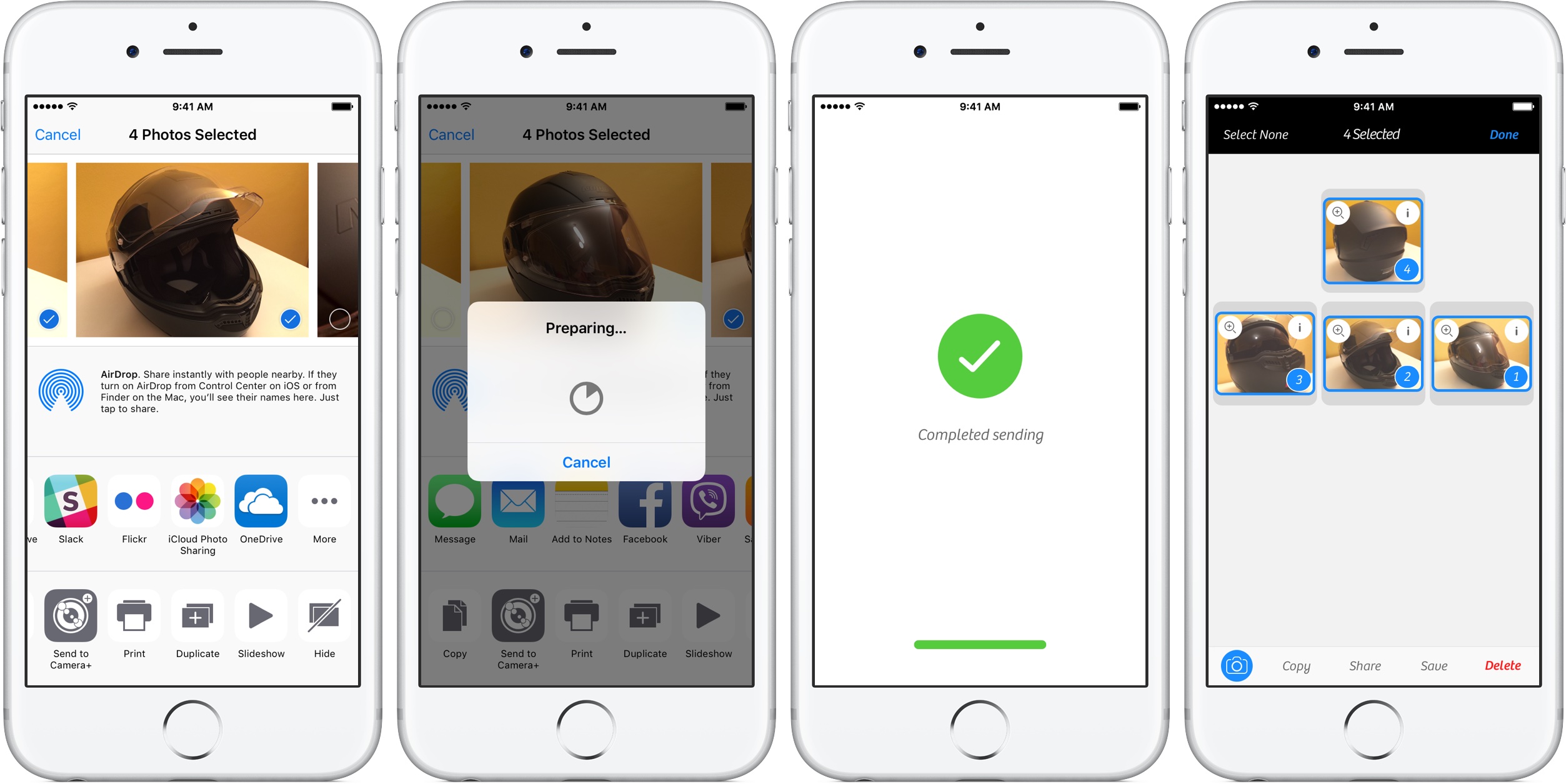 First, enable the new extensions by opening the Share menu in Photos. Next, tap more on the rightmost side of the lower row of icons, and then enable “Send to Camera+”.

The app’s Notification Center widget has also gained a new option that enables you to quickly import photos from your Photos library to your Lightbox.

Other changes in this release of Camera+ include bug fixes and performance improvements and a a new “What’s New” section in the menu to make it easier for users what’s new in each release. 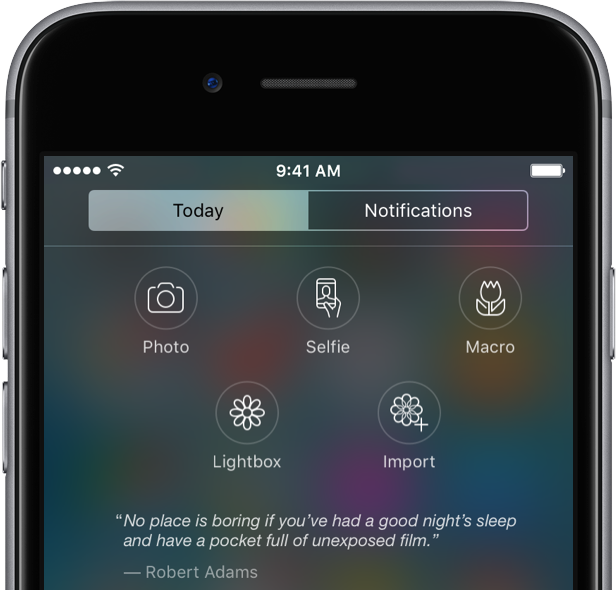 And last but not least, there are new import options within the app itself to help you easily import the last photo you shot and you can even import your whole last moment with just a couple of taps.

Camera+ requires an iPhone, iPod touch or iPad with iOS 7.0 or later. The app includes a native watchOS 2 component for remote shutter functionality on your Apple Watch.