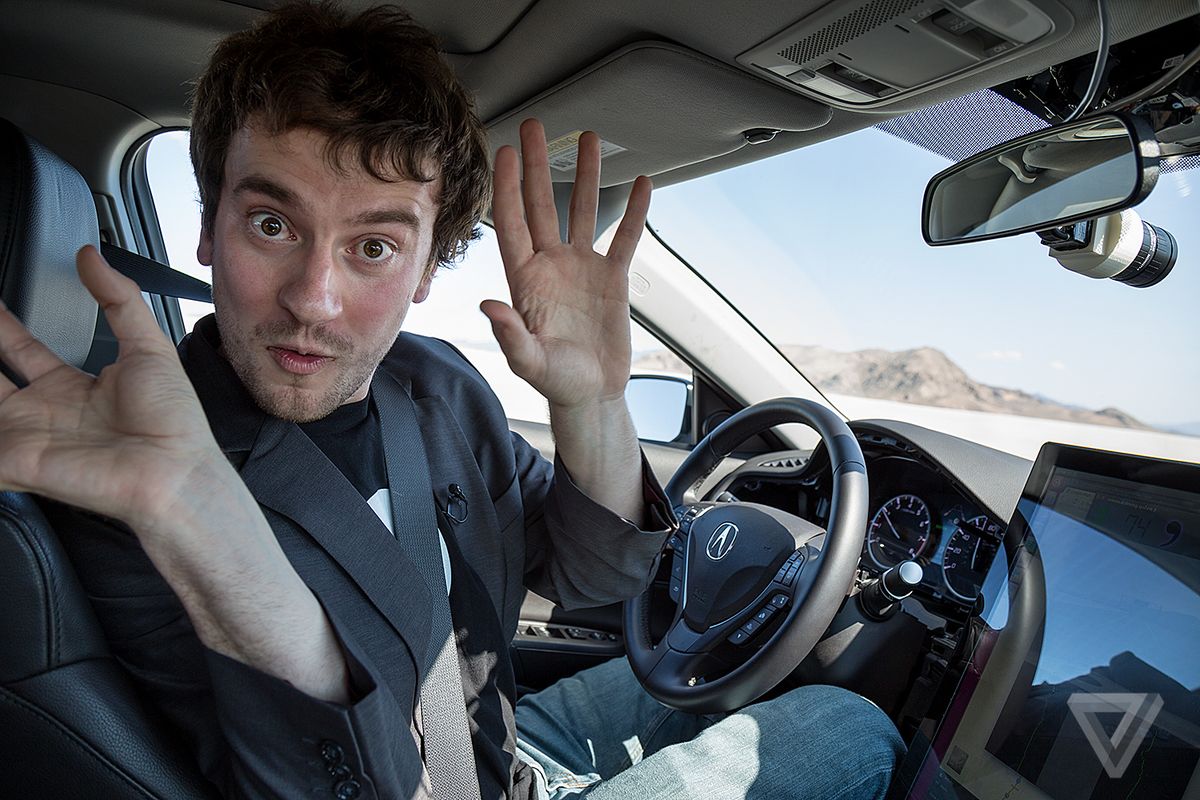 George Hotz aka “GeoHot” is one of the pioneers of the early jailbreak scene. In December 2015, Bloomberg Businessweek ran a lengthy profile focused on Hotz’s new project: a self-driving car kit. He’s since secured funding for the project, Forbes reported, and now the kit that promises to transform your car into a self-driving vehicle for just $1,000 seems to be becoming a reality, as The Verge reports.

Hotz’s startup, Comma.ai, took a 2016 Acura ILX and modified it to become a self-driving vehicle using mostly off-the-shelf parts. Despite turning down a lucrative offer from Tesla Motors CEO Elon Musk, Hotz is adamant that neither Tesla nor any other automobile maker is an enemy.

“What I started to realize over the last couple of months is that Tesla’s not our competition—our competition is almost nonexistent,” he said. “Tesla’s never going to sell aftermarket self-driving systems for Honda Civics. That’s what we’re doing.”

The final product will be the size of a breadbox and linked to a GPS unit.

Installing his $1,000 kit will be a cinch, he said, though he hasn’t yet settled on the product’s final specifications. As a rule of thumb, he said, “if your car has electronic stability control and electronic power steering, there’s a chance we could make it work.”

Unlike most other self-driving systems, Hotz’s is a self-learning one.

After learning about a driver’s habits, a built-in computer and artificial intelligence software instruct the car to emulate them. This way, the system knows what to do and what not to do.

By the end of 2018, Comma.ai hopes to have gathered an astounding one billion miles of information, with a little help from a dedicated app.

Called Chffr (pronounced: “chauffeur”), it tracks your driving habits and feeds them back into their database. The more miles you log, the more “Comma points” you earn with “great things coming to the people at the top of the Comma point leaderboard”.

He’s confident about shipping the kit by the end of the year.