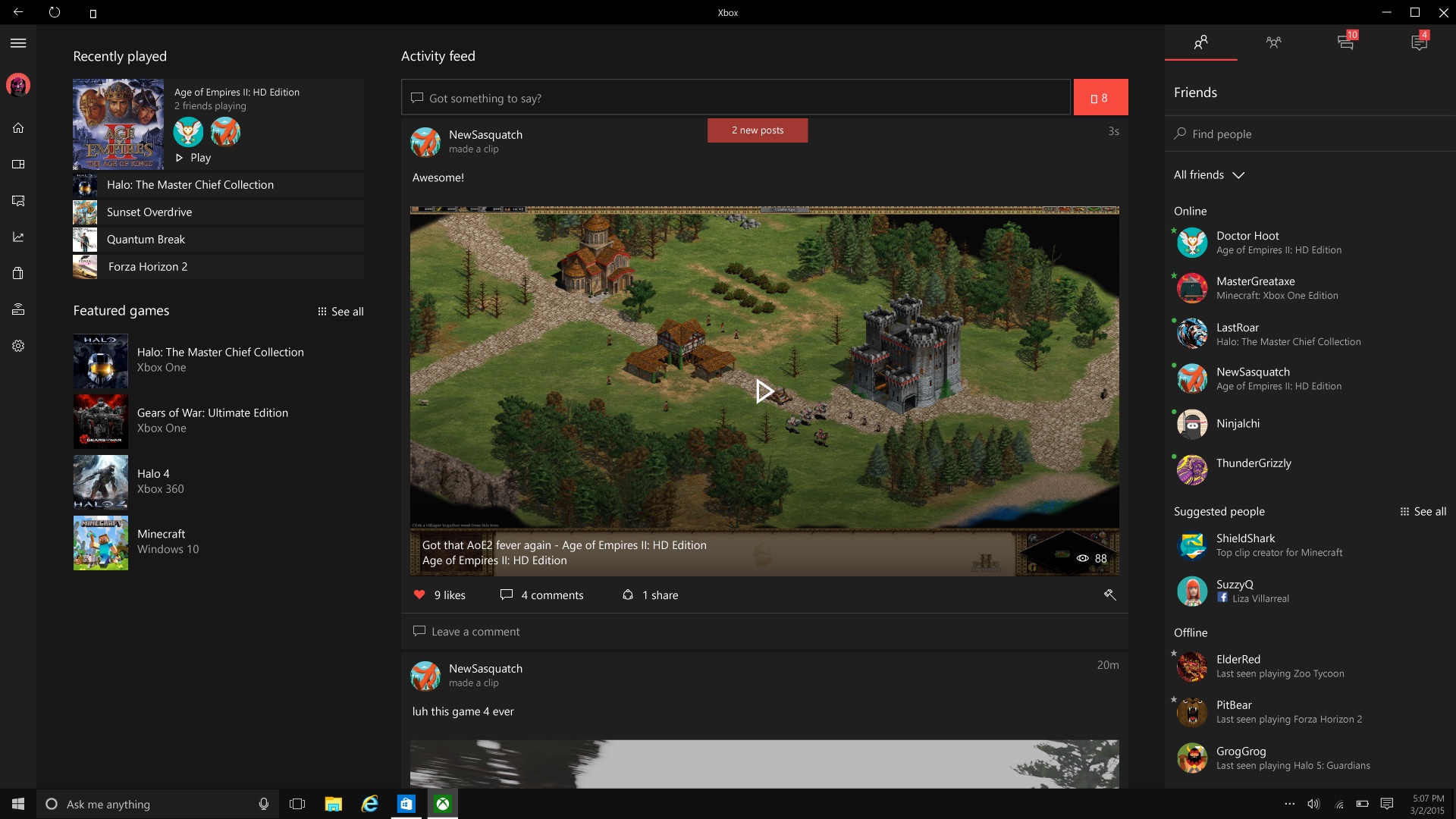 Microsoft’s personal digital assistant Cortana is coming to the Xbox One console with an forthcoming software update for the console, the Windows giant revealed this morning. Cortona is currently available on Windows as an integrated feature and on iOS and Android devices as a standalone app.

Cortana for Xbox One will let players find new games, see what their friends are doing, start a party, perform common tasks and even turn on the console with their voice.

Have a chat with Cortana on your Xbox One

Engadget reports that Cortana for Xbox One will also be able to get search results from Bing, pull up information on nearby restaurants and more. Signed-in users will benefit from having their Cortana history and notebook synced across devices.

Here’s a preview video of the new Xbox One firmware update in which Larry Hryb talks to Mike Ybarra from the Xbox engineering team about the new features, including Cortana, voice commands through headset, updates to My Games & Apps, Facebook friend finder and more.

Notably, this release of the Xbox One firmware combines the separate Xbox Store and Windows Store into one store as Microsoft continues work on unifying its Windows PC and Xbox One platforms. After the stores have been converged successfully, Microsoft should introduce additional features to let the Xbox One run universal Windows apps.

Cortona is a staggered released that will first roll out to Xbox One Preview testers in the United States, the United Kingdom, France, Italy, Germany and Spain this week before arriving on the Xbox app on Windows 10 the next week.

Here’s the full list of the new features in the Xbox One Preview software update and the beta Xbox app.

Xbox One and Xbox app

More Cortana features will be ported over to the Xbox One over time, said Microsoft.

Aside from Cortana, the upcoming Xbox One update includes other features aimed at unifying the gaming console with the Windows 10 platform.