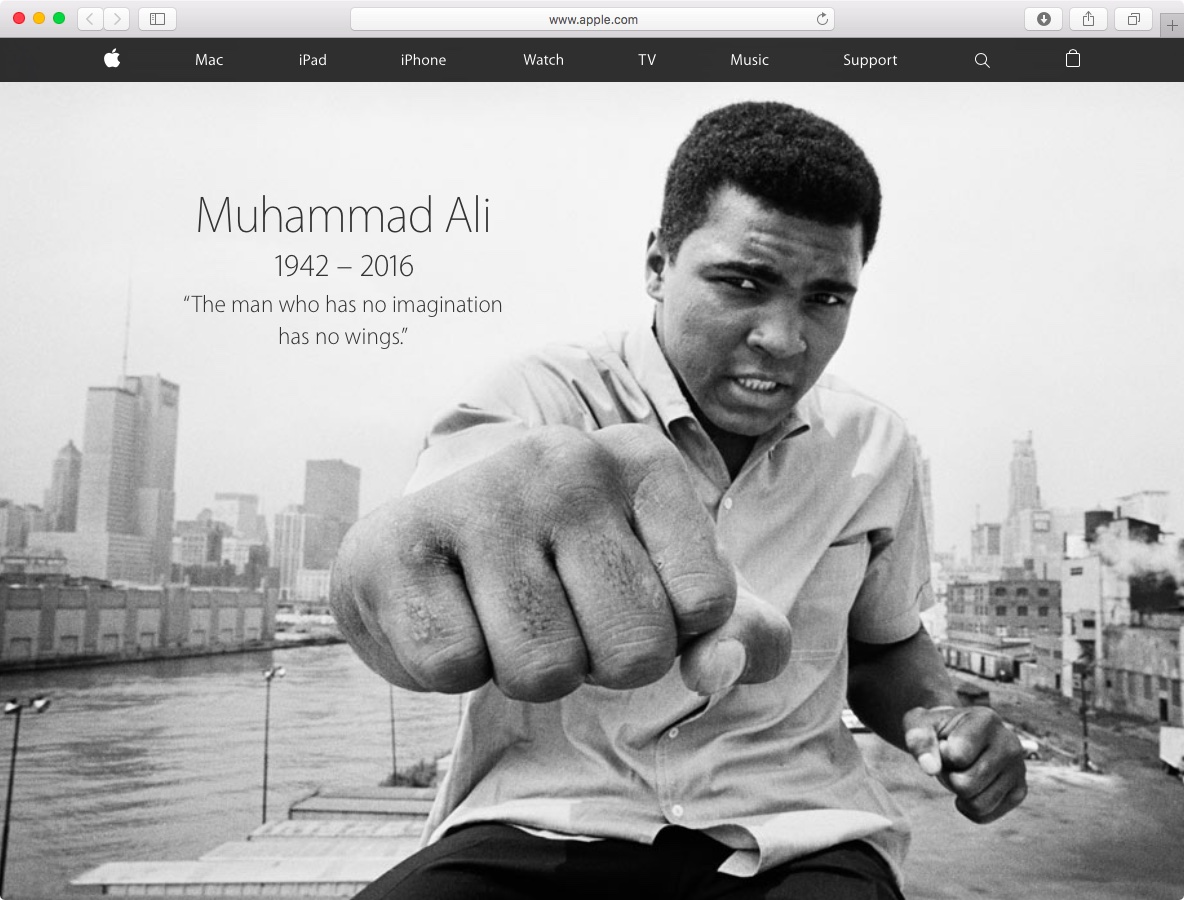 Apple yesterday posted a thoughtful tribute to Muhammad Ali on its homepage, the legendary boxer’s photo taking over Apple.com. Ali died on Friday at age 74 due to respiratory complications. He fought a lengthy battle with Parkinson’s disease.

The black-and-white Ali photo on Apple.com is accompanied by one of his famous quotes, “The man who has no imagination has no wings.”

Ali, the three-time world heavyweight boxing champion, was known for his boxing style which combined speed, agility and power.

The New York Times called him “as polarizing a superstar as the sports world has ever produced—both admired and vilified in the 1960s and ’70s for his religious, political and social stances.”

The Guardian’s picture editor, Jonny Weeks, has selected 25 of the best photographs of Muhammad Ali from the archives, including pictures of some of Ali’s most memorable fights as well as many distinctive portraits from his life outside the ring.