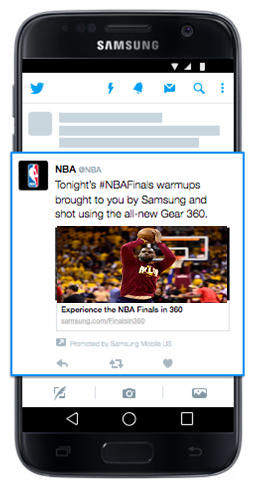 Micro-blogging startup Twitter has added basic support for 360-degree video after both YouTube and Facebook did the same months ago, said The Verge. However, videos shot with 360-degree cameras won’t yet play inline inside Twitter’s mobile app or website. Rather, users are taken to a separate website where they can click and drag to look around the videos.

Twitter partnered up with the NBA and Samsung on this initiative, promising exclusive content shot with Samsung’s Gear 360 camera.

Both Facebook and YouTube allow users to enjoy 360-degree video without leaving the mobile app, but Twitter hasn’t said whether it plans on fully implementing this functionality.

Considering the company owns two major video properties—the live-streaming app Periscope and the looping video app Vine—we suspect it won’t be long before Twitter implemented full support for native viewing of 360-degree from within its app and website.